Most of us consider Silicon Valley to be the technological hub of the country, so it comes with little surprise that the resident professional soccer team of the region is at the forefront of on-field tech.

Major League Soccer’s San Jose Earthquakes have recently adopted the Adidas MiCoach platform to optimize player performance on and off the field. “As much as you’re used to doing things a certain way, if you can get this immediate feedback and metrics then put it into use it’s an incredible tool,” Coach Mark Watson tells the Silicon Valley Business Journal.

To track the athletes, a small wearable unit is placed into a pocket on the back of an Adidas undershirt. With the sensor in place, coaches are able to monitor heart rate, distance run, and movement speed all in real-time. An iPad compiles the data and then allows the coaching staff to determine if they are overworking certain players.

While this unprecedented form of player analysis is changing how coaches view the game, there are some concerns rising as the technology moves into the future. Some worry that player medical information gleaned from these sensors could be used against them in future contract negotiations, while others wonder how it will affect player comfort. Needless to say, we can continue to expect to see an emergence of both physical and mental applications for wearable technology throughout the professional sports world.

In fact, the Earthquakes aren’t the only MLS club experimenting with wearable technology. Since last year, the Seattle Sounders have been partnering with analytics company Tableau to visualize data generated from wearables to track player movements and health. The technology assists the team in monitoring player effectiveness, GPS positioning on the field, speed and distance traveled, as well as off-field data like player sleep patterns. Although the players aren’t allowed to wear the technology during games, the information collected throughout training sessions is enough to help improve the team’s strategy, conditioning and roster development.

According to CNBC, Australia-based Catapult has also risen as a leader in the athletic wearable technology arena. The company measures more than 100 fields of data via a device worn under the athletes’ jerseys. Nearly 4,000 professional teams utilize the technology, and has even earned billionaire owner of the Dallas Mavericks Mark Cuban’s investment.

LED basketball courts, sensor-laden tennis shirts and RFID-embedded shoulder pads are just a few of the tech-based advancements throughout the sporting world in recent months. From the field to locker room, Atmel is right in the middle of the wearable tech action, with a comprehensive portfolio of versatile microcontrollers that power a wide range of platforms and devices to meet the demands of tomorrow’s athletes and coaches Writing for CNBC, Tom DiChristopher confirms that the rapidly evolving open-source hardware (OSHW) movement is currently in the process of migrating from the garage to the marketplace.

As DiChristopher notes, companies that follow an open-source philosophy make their physical designs and software code available to the public. By doing so, they engage a wave of Makers, hobbyists and designers who don’t just want to buy products, but rather, offer a helping hand in developing them.

“Patents still work as an incentive for some people, but for a growing number of companies, sharing is more lucrative and fulfilling,” Alicia Gibb, executive director of the Open Source Hardware Association, told CNBC.

Gibb specifically highlighted Atmel-powered Arduino boards as an example of popular open hardware, pointing out that one of the biggest assets open-source hardware manufacturers have is the communities they’ve built among users who share their values and their roots as Makers.

“[For example], one of the things that the Arduino has that cannot be duplicated no matter how cheap you make it is the community that surrounds it,” said Gibb. “Even if somebody else comes along and tried to sell something cheaper I don’t think it would matter.”

According to Catarina Mota, research chair at the Open Source Hardware Association, the rise of open-source hardware companies can be attributed to a number of cultural and technological trends. Indeed, hardware makers have built on the open-source software movement that gained steam in the ’90s, while the ubiquity of the Internet allows hobbyists to collaborate on physical products. The barriers to making hardware and other equipment have also fallen, says Mota, thanks to cheaper prototyping tools such as the Atmel-powered MakerBot and RepRap 3D printers. 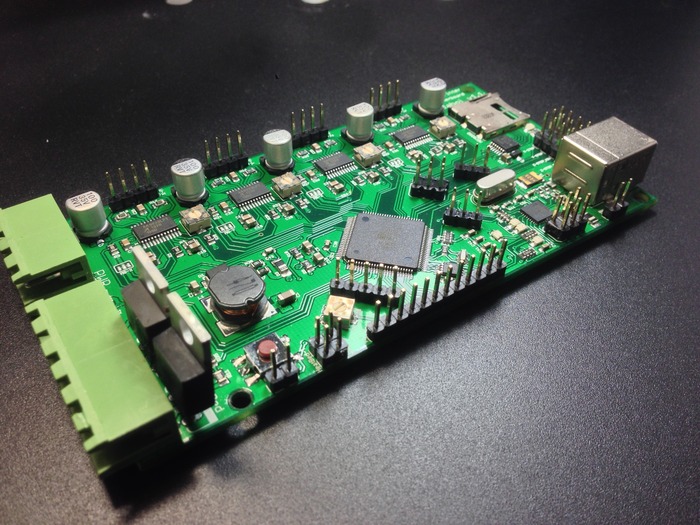 The rapid growth of the movement is also reflected in the success of marketplaces for DIY developers and open-source enthusiasts like New York-based Adafruit Industries, a company which uses Atmel microprocessors (MCUs) in a number of its platforms, including FLORA and Trinket. To be sure, Adafruit’s revenue has tripled year over year, with the company expecting full-year revenue for 2013 to reach $20 million. Of course, customers are not just limited to hobbyists and isolated Makers.

“Our customers are moving more and more towards commercial endeavors and a very large portion of our orders are from professionals at very large companies,” Limor Fried, founder of Adafruit, told CNBC.

As we’ve previously discussed on Bits & Pieces, perhaps the greatest success to date in OSHW (open-source hardware) has been the Atmel-powered Arduino, primarily because it established a vibrant ecosystem. Writing in Electronic Design, David Tarrant and Andrew Back note that all the hardware design files were made available – so both Makers and engineers could study the design and extend it for their own purposes in a commercial or non-commercial context.

“These files were combined with an accessible and equally flexible software platform. [Clearly], Arduino has benefited from derivative and complementary third-party hardware and is today a growing brand with a strong reputation for quality,” the two explained.

“Following its example, hardware companies are increasingly seeing OSHW as an opportunity to seed the market and educational establishments with their technology. Development kit design files are increasingly available under open-source licenses. And as was the case with software, more reusable components are becoming available.”

According to Tarrant and Back, another key product example of the OSHW revolution is the Atmel-powered MakerBot 3D printer, the initial generations of which were entirely based on open-source design.

“Although open-source hardware has to date largely been seen as existing at the simpler end of the electronics design spectrum, it embraces two major assets within the engineering community—goodwill and collective intelligence—and is being recognized as an important movement with increasing opportunities across both industry and education,” the two added.