As the race for the fastest and tiniest chip continues, one engineer has gone in the entirely opposite direction.

While most companies and Makers are racing to build the smallest microprocessors, UK-based engineer James Newman has decided to go the opposite route by developing 45-foot (14-meter) “mega processor” inside his home. The computer chip — which is intended to make the hardware inside the smallest of MCUs more visible — will consist of 14,000 individual transistors and 3,500 LED lights, while standing approximately 6.5 feet high.

First reported by BBC, Newman says that the 16-bit chip will operate the same as any other standard microprocessor found in today’s computers. However, the engineer reveals that the mega-processor will only be capable of operating at speeds no greater than 25kHz. To put that into perspective, the speed of an average desktop PC is around 2.5 GHz.

With hopes of completing the project by the end of 2015, the first programs he intends to run on his unit will likely be Tetris, Pong, Noughts and Crosses and John Conway’s Game of Life. 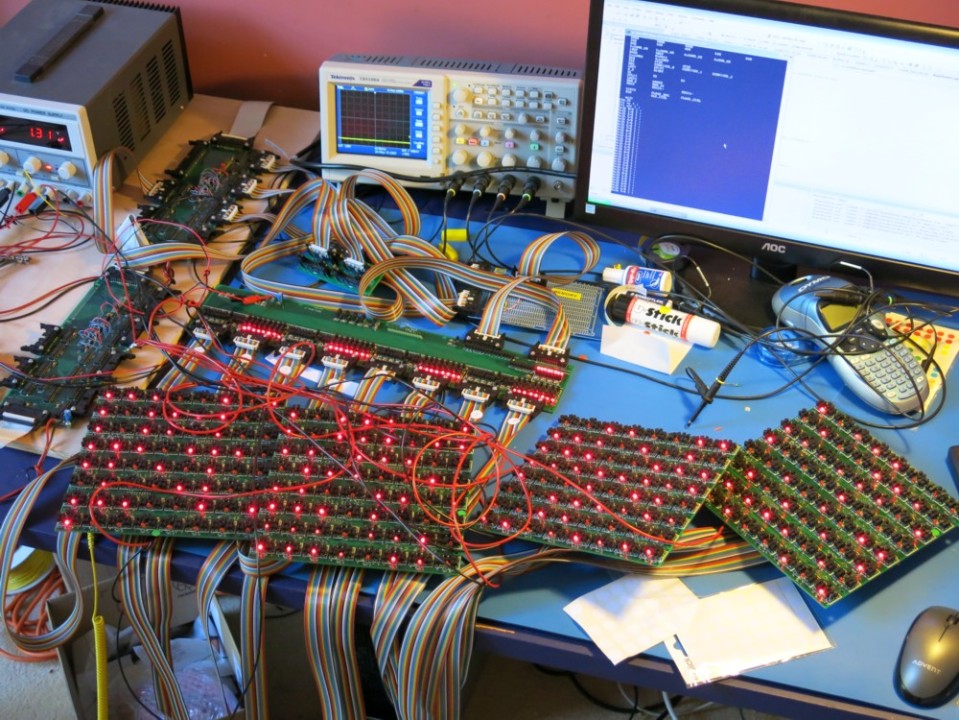 “When it’s set up and running in the living room, there won’t be much space for living,” the engineer told BBC News. “One of the fantasies is to line the hallway with it.”

To date, the project has been quite the undertaking, having already consumed over three years of development time and $32,000 in supplies.

Imagine: You’re leaving on a trip to Europe, but can head out of the house without any luggage or carry-on bags. Once you reach the airport, your body is scanned and upon your arrival in another continent, a 3D-printed set of clothing and accessories are waiting there just for you. Is this financially feasible in today’s market? Most likely not, yet innovators like Janne Kyttanen are trying to make it as real as possible. 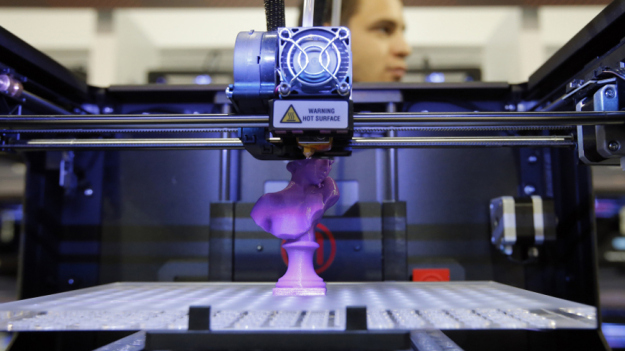 Kyttanen and his gallery, Galerie Vivid, have displayed a set of items that could simply be emailed to your travel destination prior to your arrival and 3D-printed when you show up — these items include shoes, bags, as well as a full-range of jewelry. “If you feel like going to Paris, then you just leave and go. You don’t have to go home and think of what you’re going to pack,” Kyttanen tells BBC News.

Tero Kuittinen of BGR describes Kyttanen’s creation as “one of the first steps towards conceiving what a travel pack of printable objects might look like, no matter how crude it will inevitably seem.” This ideology is surely a thought process to look forward to as 3D printing continues to evolve.

It may not be very inviting to think of modern 3D-printed clothing as being all that comfortable, yet designers are not shying away from the material. The N12 bikini has gained traction within the marketplace, while the N12 designer Continuum has also created a line of stylish women’s shoes. In all, it may be some time before Kyttanen’s dream is accomplished by 3D printing, but that is not to say we won’t see it sooner than later.

Now, if you thought that 3D printing hasn’t yet impacted your travel routine, Airbus may be proving you wrong. The aircraft manufacturer will begin rolling out planes with 3D-printed components in the very near future. As fuel prices continue to wreak havoc on the aviation world and manufacturers seek for any possible way to save weight, 3D printing has emerged as quite a viable alternative.

“We are investing a lot of money in aerodynamic improvement, in material, in noise reduction, etc., but 3D printing is probably the area with the highest gain over time,” Airbus executive Axel Krein tells VOA News. “It is also worth noting that industry giant GE plans to 3D print fuel nozzles for future jet engines.

Indeed, the technology could also be used for any “as needed” item when traveling, including medicines, orthopedics or even accessories such as a lens adapter for your camera. That ability to print on demand is exactly the kind of usage Kyttanen and other proponents envision. “I’m not suggesting that people suddenly print shampoo,” Kyttanen told BBC. “But maybe you get your body scanned in an airport, land on the other side – and you have perfectly-fitting shoes waiting there.”

Whether you are e-mailing your clothing and luggage schematics to your travel destination, or flying on a fully 3D-printed aircraft, the medium’s impact on your travel routines is only going to grow in the coming years.