As the race for the fastest and tiniest chip continues, one engineer has gone in the entirely opposite direction.

While most companies and Makers are racing to build the smallest microprocessors, UK-based engineer James Newman has decided to go the opposite route by developing 45-foot (14-meter) “mega processor” inside his home. The computer chip — which is intended to make the hardware inside the smallest of MCUs more visible — will consist of 14,000 individual transistors and 3,500 LED lights, while standing approximately 6.5 feet high.

First reported by BBC, Newman says that the 16-bit chip will operate the same as any other standard microprocessor found in today’s computers. However, the engineer reveals that the mega-processor will only be capable of operating at speeds no greater than 25kHz. To put that into perspective, the speed of an average desktop PC is around 2.5 GHz.

With hopes of completing the project by the end of 2015, the first programs he intends to run on his unit will likely be Tetris, Pong, Noughts and Crosses and John Conway’s Game of Life.

“When it’s set up and running in the living room, there won’t be much space for living,” the engineer told BBC News. “One of the fantasies is to line the hallway with it.”

To date, the project has been quite the undertaking, having already consumed over three years of development time and $32,000 in supplies. 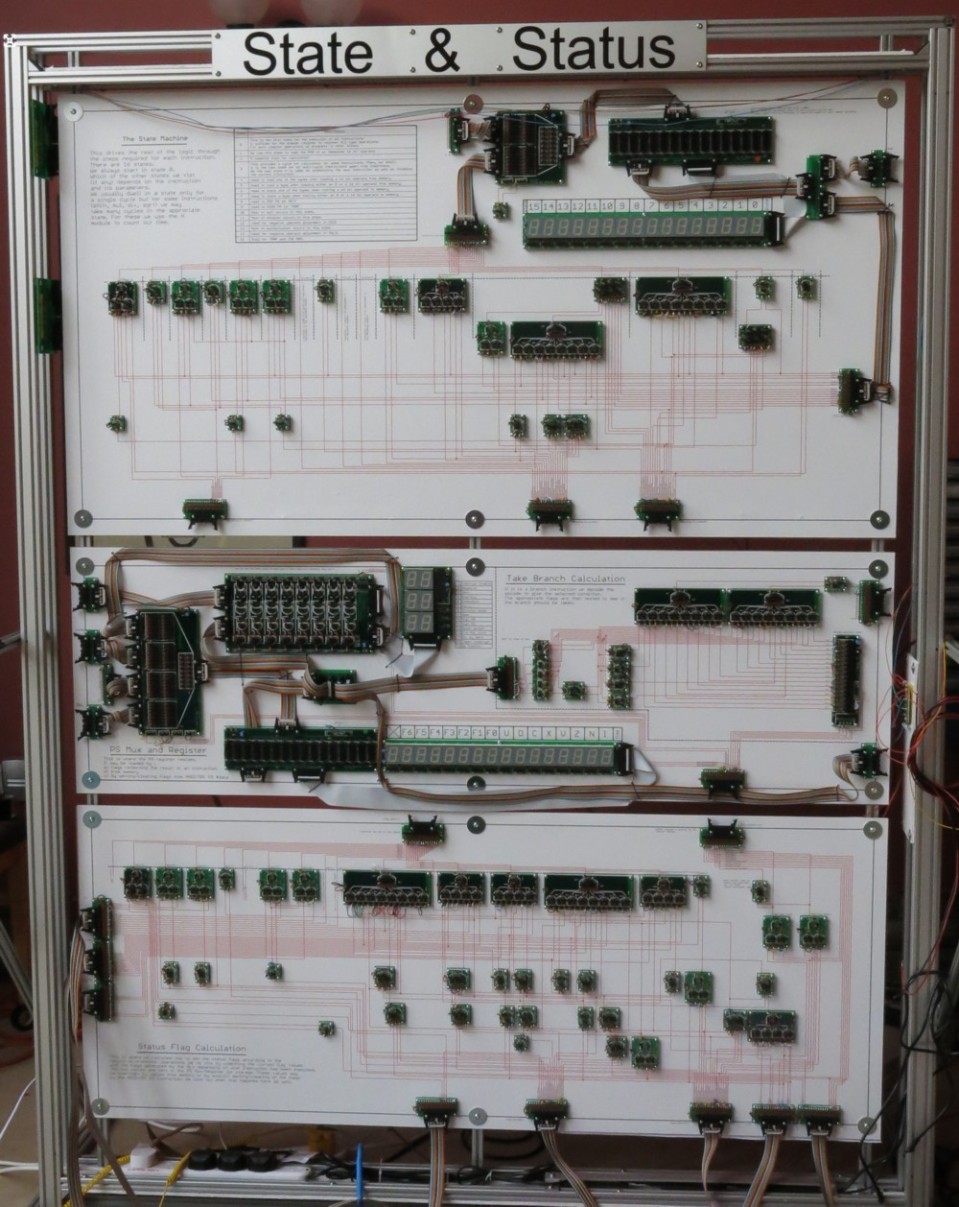