Brinco will alert you if an earthquake or tsunami is headed your way, giving your family time to get to safety.

In an earthquake or tsunami, 30 seconds extra notice can be the difference between life or death. Take for instance, the 7.8-magnitude disaster that struck Nepal back in April, where none of the country’s residents had advanced warning. Had an early detection system been in place, many lives could have been saved. And with scientists predicting the “Big One” to hit the west coast any day now, we could all stand to benefit from having a networked seismic gadget in our homes. 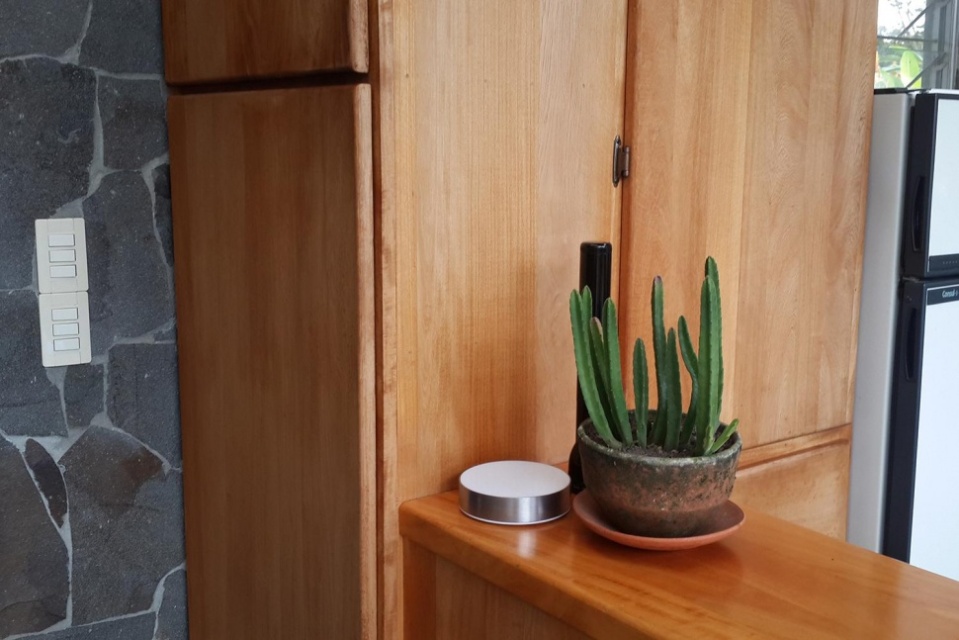 The brainchild of Branden Christensen and Angel Rodriguez, Brinco —  which is Spanish for “jump” — is a smart device that will send personalized warnings through an accompanying app up to 30 seconds before an event occurs. While that may not seem like enough time, it can be plenty when it comes to advising you and your loved ones to take cover.

The gadget connects to the international seismograph network and is able to provide users with voice, flashing light and alarm notifications when an earthquake or tsunami is detected in their general vicinity. When the network senses an initial seismic wave, the information is relayed to the Brinco and an alert is delivered. These audio warnings will then provide further guidance, such as “destructive shaking is expected in 45 seconds that will last one minute” or “mild earthquake expected in 22 seconds.” Each Brinco will receive its own tailored, location-specific warning from Brinco’s Data Center. 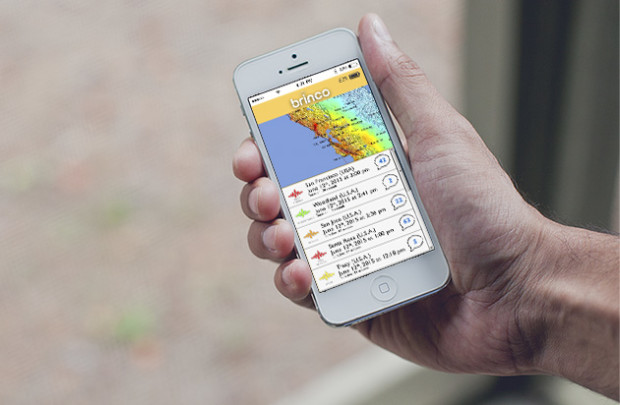 In the event of a tsunami, the device will issue status reports each time the NOAA Tsunami Center distributes updates. For example, Tsunami of two meters expected in five hours” or “strong shaking expected in 60 seconds, there is no danger of a tsunami.” These will continue until eventually the Brinco sends a cancellation message.

Like other seimographs, Brinco also measures each tremble of the ground and sends that data over Wi-Fi to national and regional seismic networks, where it can be analyzed along with streams of other data. The more that are deployed, the more accurate and powerful its network will become.

As for its appearance, Brinco boasts a puck-like shape that measures approximately five inches in diameter and one-and-a-quarter inches tall. A Wi-Fi module, an audio amplifier, an audio board, an accelerometer and a real-time signal processing unit are all housed inside its metallic shell. 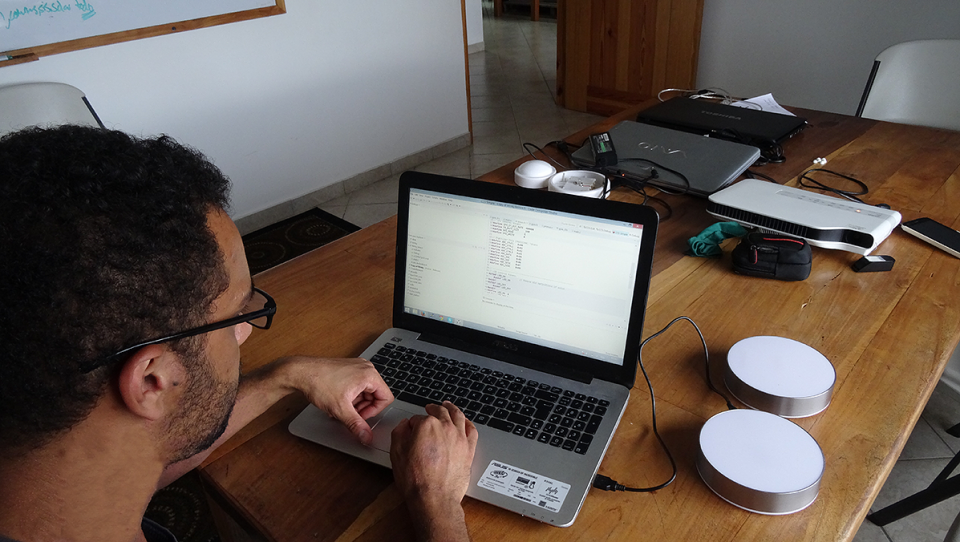 While both Christensen and Rodriguez have been making seismographs for years with their parent company OSOP, they wanted to make a personal warning system that could ultimately save lives. Do you live in a earthquake-prone area? Then you may want to check out Brinco’s Indiegoogo campaign here. Delivery is expected to begin in July 2016.