DEF CON Kids (aka r00tz Asylum) will be giving the first 175 attendees a specially crafted badge that allows kids do some hands-on hacking of their own. According to Kelly Jackson Higgins of Dark Reading, this includes shutting down or selecting the color of the LED on press and parent badges. 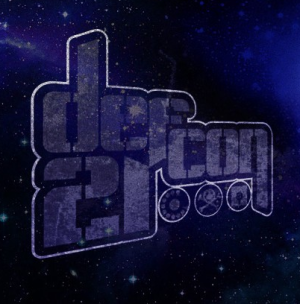 Security expert James Arlen, a senior consultant at Leviathan Security Group, and his 11-year-old daughter Amelia designed the badges, which Arlen says is somewhat more complex than any of the previous versions of DEF CON badges for adults.

“It is the first, as far as we can tell, conference badge equipped with six co-processors slaved to a master processor. It also puts out a significant amount of light with all of the LEDs firing,” Arlen told Dark Reading. “[In addition], it utilizes the now common Arduino platform to make it simple for the kids to do their own programming of the device.”

The specially crafted r00tz kids DEF CON 2013 badge is also packaged with a trackball, speaker, a white LED, programmable color LEDs and an infrared receiver. Joysticks and wires will also be provided to facilitate even more modding and customization.

Vendor partners behind the kid badges are AT&T, Lookout, .secure and Wickr, as well as hardware support and supplies from Parallax, Atmel, Element14/Newark and Instructables.

2 thoughts on “A specially crafted badge for r00tz kids”