The BlinkyTape – powered by Atmel’s ATmega32U4 microprocessor – is a portable LED strip with 60 pixels and an integrated USB-programmable light processor. Additional key specs include 32KB Flash memory, 2.5KB RAM, 1KB EEPROM, a micro USB connector for power and data, as well as an on-board micro switch for interactive applications.

Created by Matt Mets, the versatile BlinkyTape is designed to be the polar opposite of most LEDs, which are typically difficult to program, power, mount and enclose. Indeed, BlinkyTape is a one meter long, full-color light tape controlled by a custom light processor, with both power and communications provided by a built-in micro-USB connector. Meanwhile, an on-board button allows for simple interactions such as choosing between effects.

“BlinkyTape is flexible, so you can easily integrate it into any shape your project needs,” Mets explained in a recent Kickstarter post. “[The device] also comes enclosed in weatherproof silicone, so it’s suitable for outdoor use.” 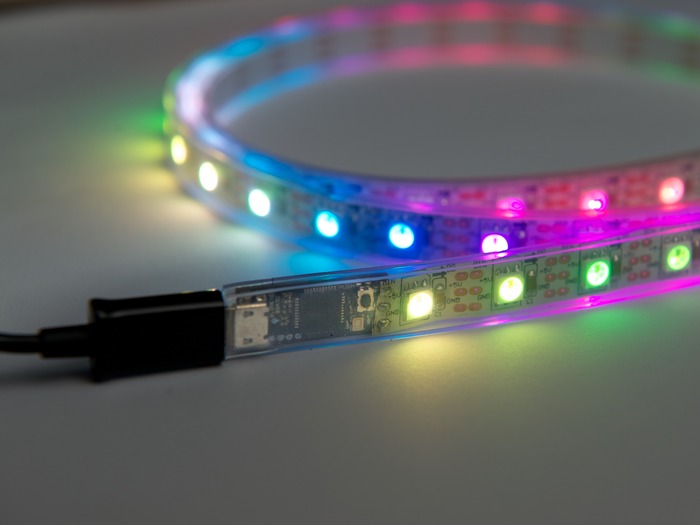 Perhaps most importantly, patterns can be stored directly on the BlinkyTape, so there’s no need for a dedicated computer. Meaning, taking designs on the go is as simple as plugging the BlinkyTape into a USB battery pack. 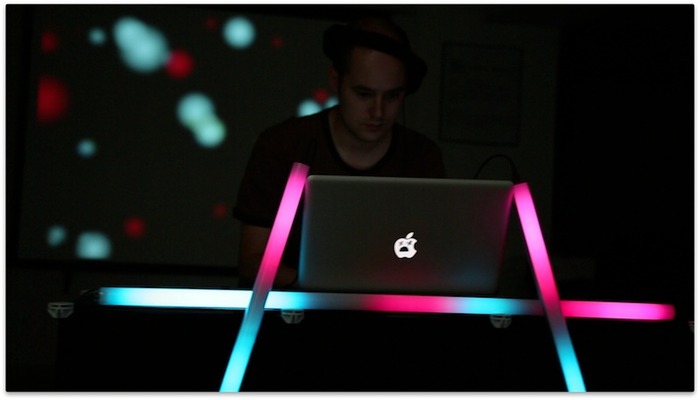 And although BlinkyTape is pre-loaded with a number of colorful patterns, users can design their own via PatternPaint, with a comprehensive music reactive mode fully supported.

“The BlinkyTape uses the same ATmega32U4 MCU you will find in the Arduino Leonardo and can be programmed using the same easy-to-learn Arduino programming environment,” added Mets.

BlinkyTape recently managed to raise an impressive $79,924 on Kickstarter. Additional information about the project can be found here.