Ryptide is a drone accessory that can deliver an automatically-inflating life preserver to a swimmer in trouble in seconds.

While the mere thought of drones still tends to conjure up negative images of things like spying and war, there are countless new ways that the unmanned apparatuses are being used to help improve our world, whether that’s combatiting wildlife pouching in Africa, monitoring bridge safety, transporting defibrillators, or better yet, saving you from drowning. The speed that drones can be deployed makes them ideal for delivering items in times of emergency, particularly those where every second counts. 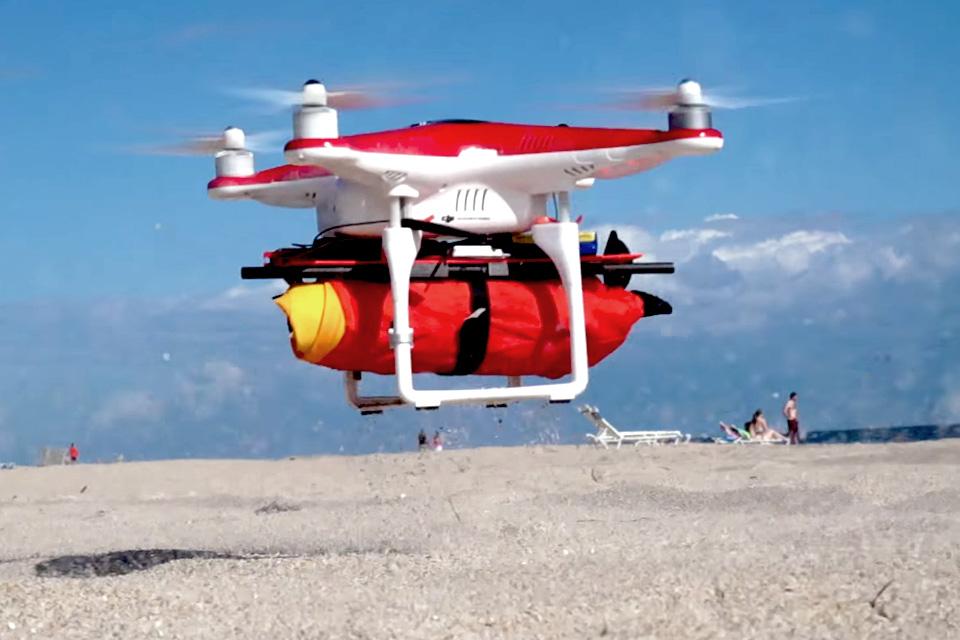 That’s why a group of Connecticut high school students have launched a new project on Kickstarter, which can deliver life-rings to swimmers in distress by way of drones. As its name would suggest, Ryptide aspires to provide real-time aid to those who are pulled away from shore, as well as those who find themselves dangerously submerged in a frozen lake or pond. The solution consists of a small, lightweight accessory that can send an automatically-inflating life preserver to a swimmer in trouble in less than a minute. This simple mechanism can easily be attached to any drone and triggered via a RC transmitter, all while weighing less than the typical GoPro camera and gimbal commonly used by UAV operators.

The system itself was designed to carry a SOLAS (International Convention for the Safety of Life at Sea) approved life-ring approximately 24″ in diameter that uses a CO2 cartridge to instantly inflate upon contact with water. Once the drone is overhead, a button on its controller can be pressed to remotely release the life-ring. As soon as it hits the ocean, a CO2 cartridge dispenses its contents and the preserver fills with air in just five seconds. These lifelines are reusable and can be recharged using a kit available with the project. 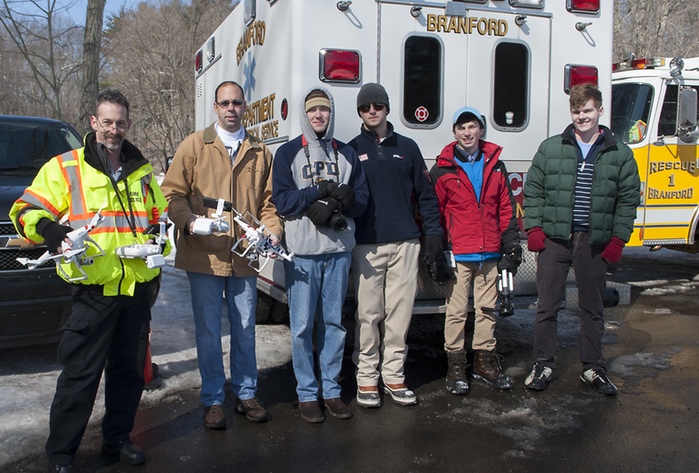 While the basic version of the Ryptide affixes to most DJI Phantom series drones, the team has also devised a larger version of the system that is capable of carrying multiple life-rings and a small first person view (FPV) camera. The drop mechanism uses the same radio channel responsible for controlling a camera gimbal on a number of today’s most popular drones. As its creators reveal, if you fly a drone that can lug 450 grams, then you can operate one of their devices.

The more advanced models are powered by an  Arduino Pro (ATmega328) tasked with dropping up to  four life-rings using a single  channel on a radio. Each press of the radio switch will drop a single ring. Additionally, Ryptide is comprised of 3D-printed parts, most notably a mounting platform that has been designed to accommodate all Phantom models. The team has included a kit that will adapt to a wider range of camera mounting systems for other drone types as well.

And when it’s not saving lives in the deep blue sea like David Hasselhoff, Ryptide can also be utilized to help rescue drones that find themselves in the water after an unintended landing. The recently-revealed system can be attached to most larger UAVs using looped webbing along with some heavy-duty zip ties that will keep them afloat should such misfortune occur.

Keep in mind, this mechanism isn’t meant to replace lifeguards altogether, but will help assist in time-sensitive missions. Ready to help them help others? Head over to its official Kickstarter page, where the team  has successfully garnered $10,000. Shipment is slated to begin in July 2015, just in time to help save lives this summer. We can’t help but wonder if the team will submit this idea as an entry in The Hackaday Prize.