This smart alarm will put an end to repeatedly hitting the snooze button.

Are you a heavy sleeper who can never seem to get up in the morning? Well, you’re in luck. Madrid startup Think Big Factory has developed a smart alarm that combines both sound and motion to get you out of bed. That’s because the only way to shut it off is by throwing off the covers and walking out of the room. In the past, “five more minutes” may have worked with your mom, but the aptly named Hyperalarm doesn’t take excuses. 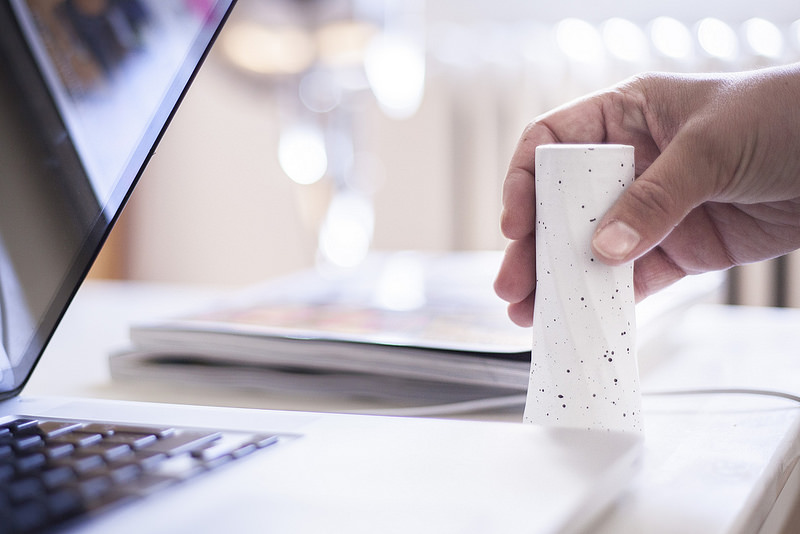 The device features a sleek, non-intrusive design and connects with an accompanying mobile app via Bluetooth. This allows users to easily set up and manage their alarm seamlessly with both iPhone and Android smartphones. What’s more, Hyperalarm will soon also be compatible with Apple Watch, Pebble Time and other wearables. At just about four inches tall and two inches wide, it can be placed just about anywhere — desk, nightstand, dresser.

The alarm emits high-frequency sounds of varying, interwoven pitches that are nearly impossible to ignore. This prevents a person’s brain from every become accustomed to a simple tone, all while not having to deal with the unpleasant noises that come from a more conventional clock. The team adds that they will be including new sounds with every software update, not just for awakening but helping ease users into a deep sleep and creating special notifications as well.

As for what’s inside of its ABS / polyethylene casing, the gizmo packs an ATmega32U4 MCU at its core along with a Bluetooth Low Energy module, an LED display, 3D accelerometer sensors, a high-quality speaker, and a LiPo battery. Beyond that, Hyperalarm boasts a fail-proof battery system that won’t let a user activate the alarm if the remaining battery is running low. Instead, he or she will be notified via a pop-up alert.

For those days when leaving a room to turn off an alarm might be inconvenient or not practical, the gadget’s Hyper mode can be turned off, transforming it into a simple smart alarm clock. Are you someone who is prone to hitting the snooze button a few more times than they should? Head over to its official Indiegogo campaign, where Think Big Factory is currently seeking €210,000. Shipment is expected to begin in December 2015 — just in time for the holidays!