A Maker by the name Philip Case, also known as “Cap,” has set his sights on a project that will make his and a number of others’ lives easier. Philip, who is wheelchair dependent due to an unfortunate accident, is working to further develop his incredibly innovative e-Wheelchair. 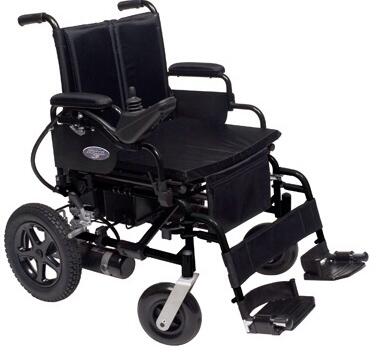 Similar to other mind-controlled projects we’ve recently covered on Bits & Pieces, the e-Wheelchair enables chair movement to be controlled solely by a user’s brainwaves. While some wheelchairs exist with this technology, they are very expensive. In true Maker fashion, Cap is seeking to create an Atmel based chair that is both affordable and easy to use for all who would require its services.

Cap’s system features an Arduino Uno R3 (ATmega328), an Arduino Yun (ATmega32u4) as well as a series of breakout boards. The Arduino boards interpret the brainwaves into directional movements for the chair.

For the control system, Cap has implemented the Neurosky Mindwave Mobile and a Mindflex EEG. According to the team at Cooking Hacks, Cap has been able to control forward and reverse on his chair with these tools. Though, in a recent update, steering has been changed to blink detection rather than laser, using Ultrasound for a safety stop in forward and reverse.

Cap also wants to fully utilize the power of the Atmel powered Arduinos, so he is currently looking to install devices that can monitor glucose levels and ECG. This will likely be based around e-Health’s Sensor Platform. In addition, the future build may also incorporate a GSM/GPRS module along with an embedded body position sensor. With his aspirations to provide independence to users, he is exploring the idea of connecting a mobile device to the e-Wheelchair using both Bluetooth and USB.

To stay up to date on Cap’s build, you can follow along on his Cooking Hacks blog.