Tekken is a popular fighting game franchise created, developed and published by Namco. Beginning with the original Tekken in 1994, the series has seen several sequels, spin-off titles and even three films.

According to Wikipedia, the Tekken storyline typically documents the events of the King of Iron Fist Tournament, hosted by the Mishima Zaibatsu corporation. The prize? Control of the company, allowing the winner to host the next tournament.

Recently, a modder by the name of “MC Cool” decided to put a new spin on the classic title by using an Arduino Due (SAM3X8E ARM Cortex-M3 CPU) paired with an Xbox 360 to create the TekkenPiano.

“The piano sends a MIDI-signal, which is transferred to an Arduino,” MC Cool explained in his Vimeo description. “[Based on] the signals, the Arduino triggers transistors, which then trigger inputs on a paewang PCB (the PCB of an arcadestick). The paewang is connected to an Xbox360, [although] you can also use it on PS3.”

The ABXY – designed by Kevin Houck – is an open source ATmega328-based rapid fire and macro platform for the Xbox 360. 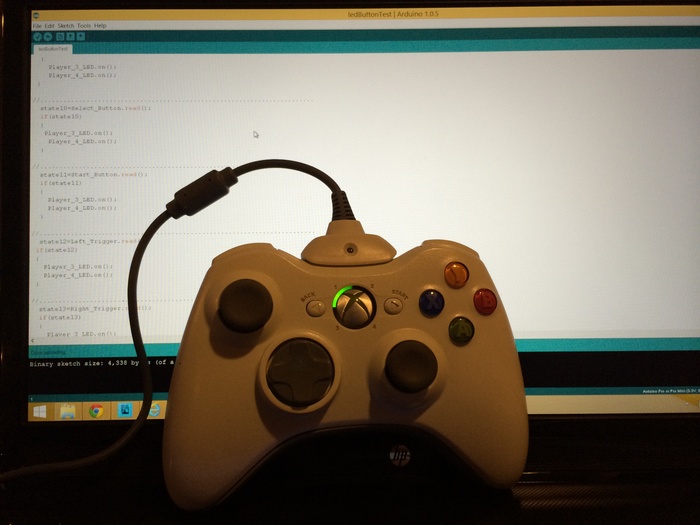 “With ABXY you can create programs that ‘trick’ your controller into thinking buttons have been pressed,” Houck explained in a recent Kickstarter post. “It is a hardware board that can be installed inside a controller, [accompanied by] software needed to program the board.”

Indeed, ABXY uses the Arduino bootloader to upload programs on the controller via a Microsoft Charge ‘n Play Cable, with Houck providing a library to interface with the controller. 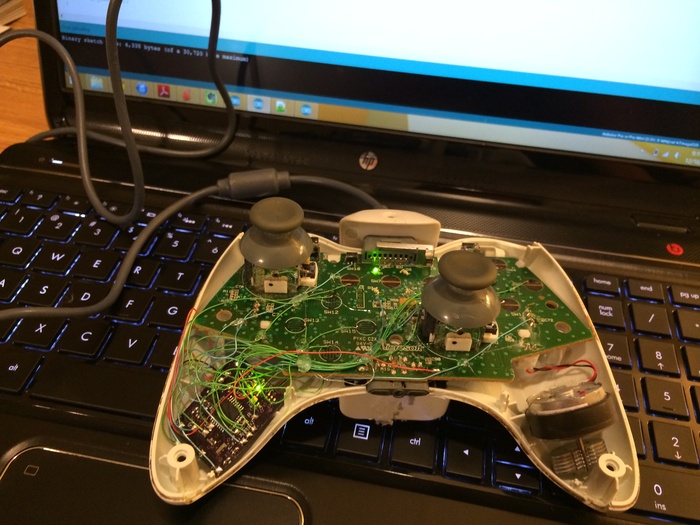 “Even if you have absolutely no programming experience, the ABXY is still for you,” said Houck. “We have created a number of programs already that can be used as is for your controller. Just download the .ino file, plug in your controller and open the file and click upload.”

An Arduino Pro Mini and FT232RL breakout board was used to prototype the ABXY, with the final version consisting of an ATmega328, FT232RL and supporting hardware.

“Even with the removal of one of the rumble motors, the controller feels the same. It doesn’t make a bit of difference which is great because that is a very convenient spot for the ABXY board. If a board was placed anywhere else in the controller it would affect the operation of the buttons,” Houck added. 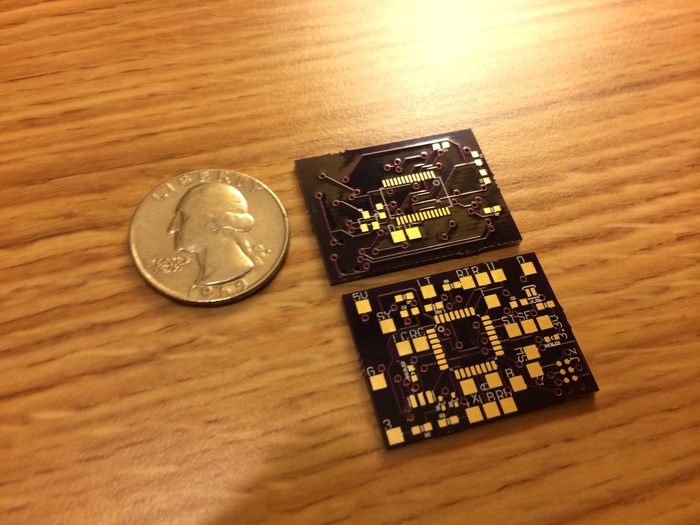 Although the ABXY was initially designed to work with Microsoft’s last-gen Xbox 360, Houck says he has plans to modify the platform so that it ultimately can be linked to both the 360 and One.

Interested in learning about the ATmega328-powered ABXY? You can check out the project’s official Kickstarter page here.

Inventor David Kotkin has launched a Kickstarter campaign for the revamped Delta Six, which he describes as an open-source Arduino (a microcontroller designed around Atmel AVR or Atmel ARM silicon) gaming gun for next-gen FPS titles like Call of Duty: Ghosts.

“The Delta Six mirrors the look of a modern military combat rifle, including real time aiming as well as a kickback sensation. The Delta Six was developed using IR sensors, accelerometers and gyroscopes to provide unparalleled arcade experience,” explained Kotkin. “It is compatible with Xbox 360, Play Station 3, and PC systems. The Delta Six [is] upgradeable for next-gen systems like Playstation 4 with a downloadable patch.”

Kotkin also noted that coding for Delta is done via Arduino, allowing for easy software updates and customization.

“Our vision is to bridge the gap between motion control and hardcore FPS. For the first time a Call of Duty player will feel more immersed in game-play and have more control over the game than ever before. Unlike motion control of the past we do the work for you,” Kotko said.

“[For example], when you playing you will have real recoil. Taping the clip will engage a reload in your game. We have installed an IR proximity sensor so when you go to aim the game zooms for you. When you are zoomed in your game if you pull the stock into your shoulder slightly your aim will become steadier with the FPS breath hold feature. While playing if move the Delta stock towards the screen a melee or slash action will occur.”

The revamped Delta Six currently has 258 backers, raising $48, 052 of a $100,000 goal with 28 more days to go. Additional information about the open source Delta Six is available here.