Want to ride into work like a Stormtrooper in “Star Wars?” Good news: While hoverbikes may not be ready for your daily commute just yet, thanks to UK-based Malloy Aeronautics, we’re now closer than ever. After successfully completing its Kickstarter campaign, the firm is producing a one-third sized version of its design to help fund the full-sized prototype. 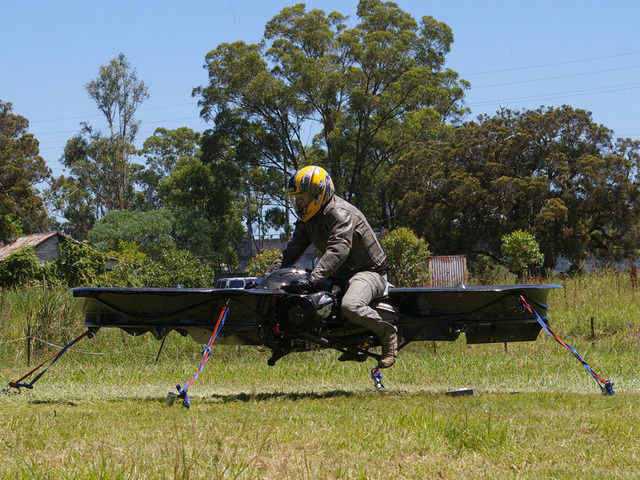 “This drone was originally built as a proof of concept for our latest full-sized Hoverbike prototype,” said inventor Chris Malloy. “After testing the one-third Hoverbike, we realized that it had lots of features that made it a fantastic drone, not only this — selling this scale Hoverbike to the public would allow us to raise funds to continue the development of the manned version.”

As Wired recently noted, the 1.15-meter-long mini replica can carry payloads of around 1.5kg and weighs in at 2.2kg unladen. The 3DR Pixhawk flight controller allows for it to be controlled remotely, as well as follow predetermined flight paths — or the pilot themselves — automatically. The mini-hoverbike also comes equipped with a third-scaled, 3D-printed humanoid ‘pilot’ complete with a space on its head specifically-designed for a GoPro camera. 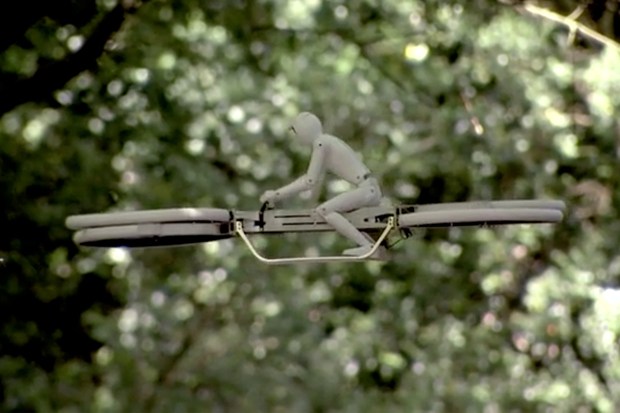 The futuristic prototype has the potential to travel up to 92 miles or for about 45 minutes on a single tank of fuel, with a 3,048-meter maximum altitude and a top speed of around 45 MPH. “This a far cry from the full-size prototype’s theorized 173 MPH,” writes Wired’s Chris Higgins.

“We combined the simplicity of a motorbike and the freedom of a helicopter to create the world’s first flying motorcycle,” says a company rep. Powered by four motors and four propellers, the ‘copter is equipped with an ATmega32u4 based Macro Micro. The Arduino Micro-compatible microcontroller is easy to program with 3A inputs and outputs, up to 30V in, analog out, and has hundreds of uses in robotics and home projects, including stepper motor driver, LED strip light controller, servo actuator, fan speed controller, brew kit controller, electric car window conversions.

“We designed this tiny board to drive the multicolor LED’s on the Hoverbike, and to allow owners of our 1/3rd Hoverbikee to do more with their drone than just look passively from the sky, by switching and actuating levers, release pins, spot lights via their radio or program.”

The “bare bones” one-third Hoverbike drone will be delivered with:

The standard “bind-and-fly” one-third Hoverbike drone will be delivered with:

“When compared with a helicopter, the Hoverbike is cheaper, more rugged and easier to use — and represents a whole new way to fly,” its Kickstarter blurb explains. 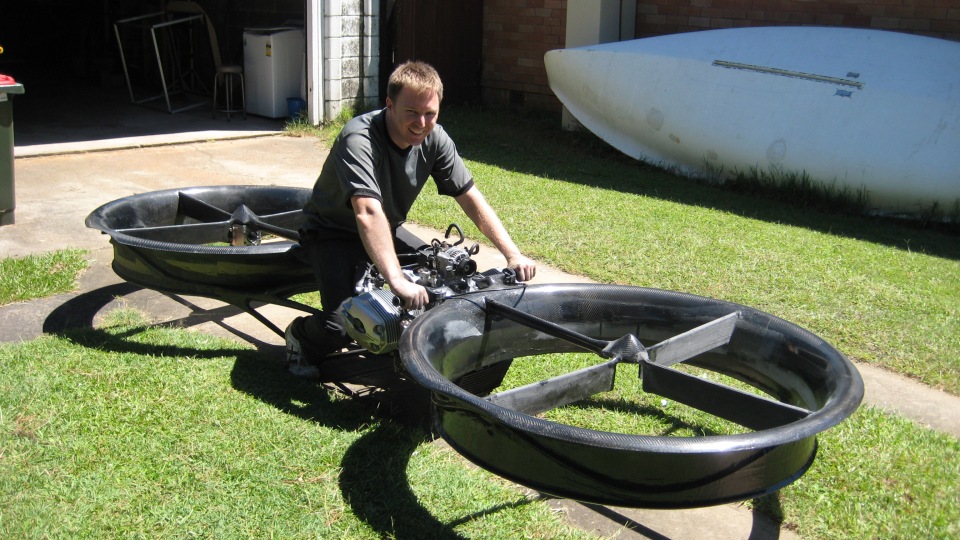 The campaign garnered nearly $105,000 over several weeks, doubling its original $48,000 goal. Safe to say, this isn’t just an everyday drone you may encounter at the park; rather, this can potentially become the first airborne vehicle which combines the functionalities of a motorbike and a ‘copter together. Following the completion of its funding round, Malloy Aeronautics will continue onto the final design and testing needed to make the Hoverbike a reality. 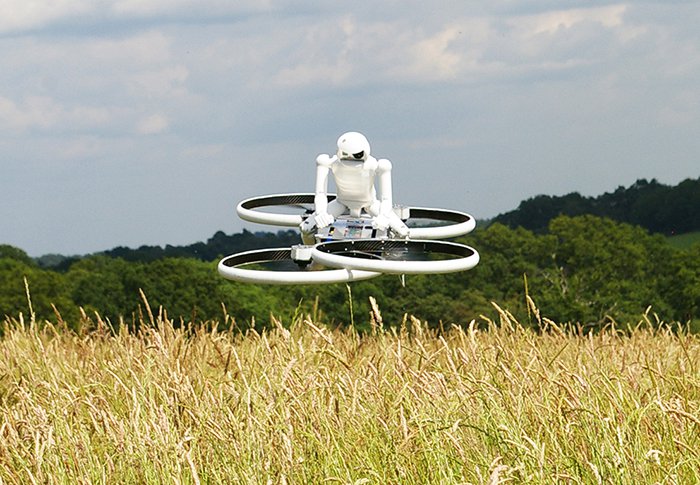 Interested in learning more or pre-ordering yours today? Fly on over to its official page here. The drone versions of the hovercraft will cost a little over $1,700 and are expected to ship this November.

The Centurion House4Hack crew is building a High Altitude Glider and accompanying launch balloon which are slated to be catapulted 40km into the stratosphere on June 14th.

According to Adam Oxford of HTXT.Africa, the X-UAV Mini Talon V-tail will carry an on-board camera, an Atmel-based Arduino board to control the autopilot and an array of weather sensors.

“It’ll be floated up on helium balloons, and will deploy a parachute to control its descent via remote control,” Oxford explained.

“[Centurion House4Hack] partnered with local weather balloon specialists HABEX to put together the equipment needed. As far as we know, however, no-one in South Africa has managed to successfully land a glider launched from that kind of altitude before.”

“We’re hoping to get [and stream] some spectacular video,” said van den Berg.

“From at least 20km up. Ideally, we want a controlled landing at a known location too.”

It should be noted that the Centurion House4Hack crew has already begun testing various components at temperatures of -75 Celsius, using dry ice from a local ice cream supplier.