Writing for MIT’s Technology Review, Tom Simonite confirms that SigFox plans on building a cellular network for the rapidly growing Internet of Things (IoT) in San Francisco later this year.   According to SigFox, the wireless network is intended to make it cheap and practical to link anything to the Internet, including smoke detectors, dog collars, bicycle locks and water pipes. 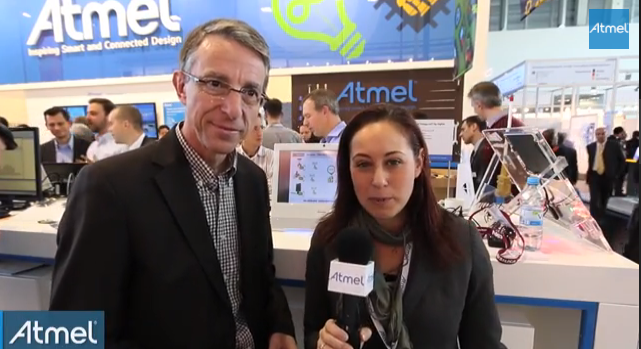 “If you want to get to billions of connections like that, you require a completely new type of network,” Luke D’Arcy, director of SigFox’s operations in the US, told the publication.

“Objects connected to SigFox’s network can operate at very low power but will be able to transmit at only 100 bits per second—slower by a factor of 1,000 than the networks that serve smartphones. But that could be enough for many applications,” he explains.   ”A SigFox base station can serve a radius of tens of kilometers in the countryside and five kilometers in urban areas. To connect to the network, a device will need a $1 or $2 wireless chip that’s compatible, and customers will pay about $1 in service charges per year per device.”

It should be noted that French startup SigFox recently showcased its Atmel-powered global cellular connectivity solution for the IoT at the Atmel booth during Embedded World 2014 in Nuremberg, Germany.

According to company rep Jacques Husser, SigFox-ready devices connect to the Internet without any geographically dependent connectivity costs or location-specific network configuration. The worldwide connectivity solution is managed through the Sigfox Network Operator partnership program, effectively linking local ecosystems to the global network.

That is why, says Husser, the phrase “one network, a billion dreams” has become the company’s slogan.   Indeed, SigFox utilizes UNB (Ultra Narrow Band) radio technology to connect devices to its global network. The use of UNB is key to providing a scalable, high-capacity network, with very low energy consumption, while maintaining a simple and easy to rollout star-based cell infrastructure.   The network operates in the globally available ISM bands (license-free frequency bands) and co-exists in these frequencies with other radio technologies – without any risk of collisions or capacity problems.

SigFox currently uses the most popular European ISM band on 868MHz (as defined by ETSI and CEPT), along with 902MHz in the USA (as defined by the FCC), depending on specific regional regulations.

SigFox secures communications in a number of ways, including anti-replay, message scrambling and sequencing. Perhaps most importantly, only the device vendors understand the actual data exchanged between the device and the IT systems. Simply put, Sigfox acts as a transport channel, pushing the data towards the customer’s IT system.