Every Friday, we take a look at some of the smartest, most innovative projects that caught our attention on Kickstarter and Indiegogo over the last seven days. 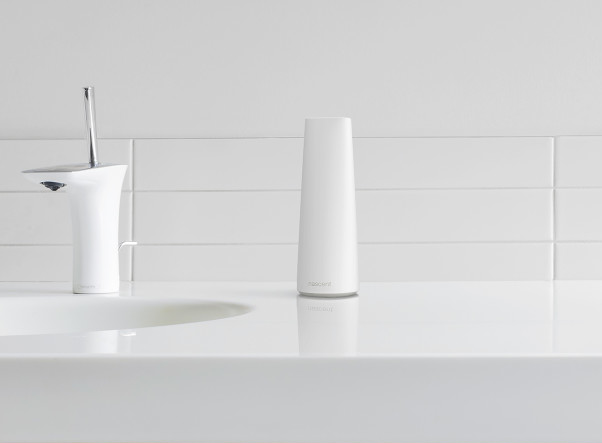 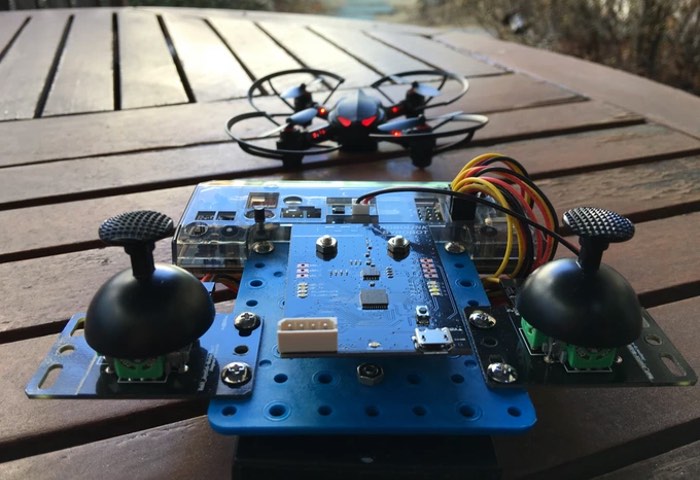 This drone can be easily programmed to do whatever you want, whether that’s following you, engaging in laser battles or navigating its way through a maze. Robolink has already soared past its goal of $50,000 on Kickstarter.

This tablet-sized, fully-integrated platform makes prototyping a breeze. Bosphorus Mechatronics is nearing its $25,000 goal on Indiegogo.

This full-body haptic suit enables you to touch and feel the future of VR and gaming. Tesla Studios is currently seeking $369,009 on Kickstarter.

This sleek air mouse is equipped with touch ring buttons that let you control your smart TV or computer using hand motions. Gestor Devices is currently seeking $39,550 on Kickstarter.

These 3D-printed, body-perfect insoles are designed from 2D snapshots taken from a smartphone. Wiivv has just about doubled its $50,000 goal on Kickstarter.

This smartwatch is exclusively made for kids and features things like video calling, GPS and fitness tracking. Doki Technologies has already well surpassed its $20,000 goal on Kickstarter. 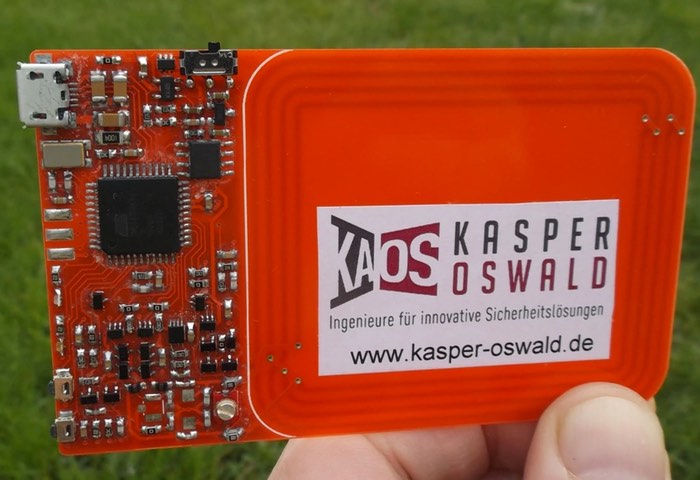 This continuous heart rate monitoring  and activity tracker patch will take your fitness and health to the next level. FitPal is currently seeking $100,000 on Kickstarter.

This origami-inspired, Bluetooth-connected lamp boasts a wide range of applications, from accent to outdoor to emergency lighting. Orilamp is currently seeking $50,000 on Indiegogo.

This sensor add-on acts as a smart eye and brain for your existing remote-controlled toys. Morpx is currently seeking $100,000 on Indiegogo.

This smart essential oils diffuser allows you to configure your own aromatherapy sessions right from your phone. AromaCare is currently seeking $59,507 on Kickstarter.

This set of alphabet blocks combines the charm of yesterday’s learning toys with the powers of modern-day technology to teach preschoolers letters in both English and Spanish. AlphaTechBlocks is currently seeking $90,000 on Kickstarter.

This industrial-grade, Arduino-based PLC is perfect for home automation, security and HVAC systems, as well as robotics projects and 3D printing. Team IoT is nearing $5,000 in funds on Kickstarter.

This stackable, mini development board includes a high-res 1.6″ display with capacitive touch and a 32-bit ARM Cortex-M4 MCU. Kevin Webster is currently seeking $7,380 on Kickstarter.

Tinylab provides Makers with a fully-integrated environment for the same price as an Arduino shield.

Safe to say, there’s no shortage when it comes to open source prototyping boards like Arduino. In fact, recent studies suggest that the number of installed hardware dev kits will nearly double from 11 million units in 2014 to 21 million in 2020. But shouldn’t there be a more effective way to bring an idea to life? Between the breadboard, wires, cables and soldering, traditional processes can take a bit longer and become more complicated than desired for Makers. Not to mention, when employing Arduino shields, you generally can’t stack more than a few due to pin overlaps. This was something that Bosphorus Mechatronics looked to solve. And so the Istanbul-based startup launched Tinylab — a tablet-sized, open source platform that contains everything you’d possibly need when developing a project. There’s an Arduino at the heart, along with over 20 I/O and all the necessary modules, circuits and components to streamline the prototyping phase.

To get started, simply open up its cap, plug in a USB cable and upload your Arduino sketch. Tinylab is built around the mighty ATmega32U4 — the same MCU found at core of the Arduino Leonardo — and features sockets for XBee, Bluetooth, ESP8266 and nRF24xx modules, in addition to an LCD screen, a microSD reader, a seven-segment display, a real-time clock, a relay, a potentiometer, external EEPROM, a piezo buzzer, a rotary encoder, a DC motor driver, a temperature sensor, a photoresistor, a few buttons, and LEDs.

“Combine all these things and make your own recipe easily. All of the things are onboard excluding wireless features. There are attachable modules. There are sockets for them on board. If there’s a need to communicate something, just attach and code it,” the team explains. “For all the other things that the board doesn’t include, there is a tiny breadboard”

As if that wasn’t enough, Tinylab is platform agnostic and can be programed in Windows, Linux and Mac OS. It’s also compatible with today’s most popular environments, including Arduino IDE, Atmel Studio 7, Visual Studio, Scratch, Codebender and Eclipse. Designed with portability in mind, Tinylab can be thrown in your bag, taken wherever you need to go and is ready for use right out of the box.

“Arduino is our hero, we mostly design around it and we realized that we use some common components with it generally. Every time, we need to make same circuits to display, send or sense something,” founder Ahmet Sait Borlak tells TechCrunch. “Using a breadboard turns a torture and using stackable shields doesn’t serve the purpose generally. So we think the Tinylab can be the painkiller. So we designed it, used it and love it… Also, it’s perfect for education. Because it’s compatible with MIT’s Scratch we think it can take place in school laboratories.”

Intrigued? Tinylab is entirely open source, and its schematics and layouts can be found on GitHub. Bosphorus Mechatronics has launched the kit on Indiegogo, where the crew is currently seeking $25,000. The first batch of units is expected to ship early this summer.