Pat-a-cake, pat-a-cake, Maker’s man. Print me a pancake as fast as you can.

The very first version of the open source PancakeBot was designed way back in 2010 by Miguel Valenzuela. At the time, Valenzuela was inspired by a MAKE: Magazine feature on a British designer who devised a Pancake Stamping Machine using LEGO. Since then, the machine has become a Maker sensation, claiming the hearts and stomachs of everyone.

The original bot was simply a CNC machine for a kitchen table, comprised of LEGO bricks, Mindstorms and a pair of ketchup bottles for the batter. As you can imagine with any automated device whipping up tasty treats, the initial video of Valenzuela’s PancakeBot 1.0 went viral, which encouraged the Maker to continue tinkering with the design.

The next iteration of the platform – which debuted at Maker Faire Bay Area 2014 – consisted of an acrylic body packed with Adafruit motor shields, an Arduino Mega (ATmega1280), two stepper motors, a pair of belt drives and a vacuum pump. The improved PancakeBot could be programmed to draw out any flapjack design, ranging from an Eiffel Tower to a portrait of the U.S. President. The printer simply squirted batter onto a hotplate so that, once the pancakes are done extruding, they’re ready to eat. 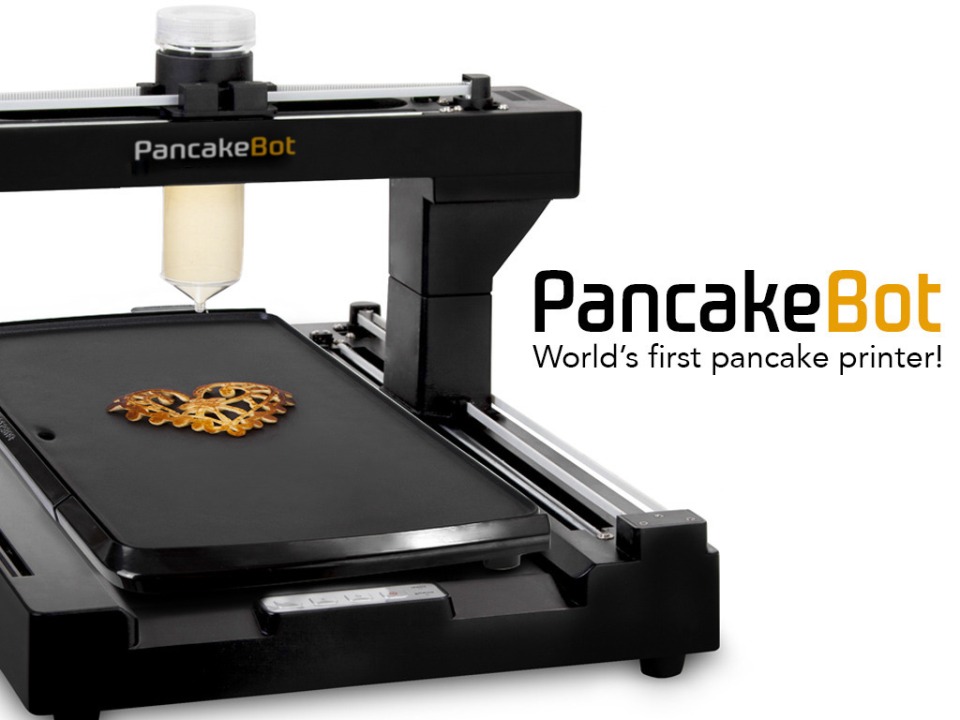 Though wildly-popular among Makers, earlier models were never made available for sale. However, the PancakeBot team has now partnered with StoreBound to bring the robotic contraption to market via Kickstarter.

How it works is pretty straightforward: Simply think of a design and trace the image. The artwork files are stored on an SD card and loaded onto the machine. Upon hitting print, the PancakeBot begins to dispense the flapjack by drawing its outline first, followed by filling in the rest. Those not artistically-gifted can take comfort in knowing that the device also comes preprogrammed with a number of pictures.

The ATmega2560 based breakfast bot uses a proprietary system to extrude the ingredients as it glides over the griddle, while the combination of compressed air, a special vacuum and an onboard interface helps control batter flow. 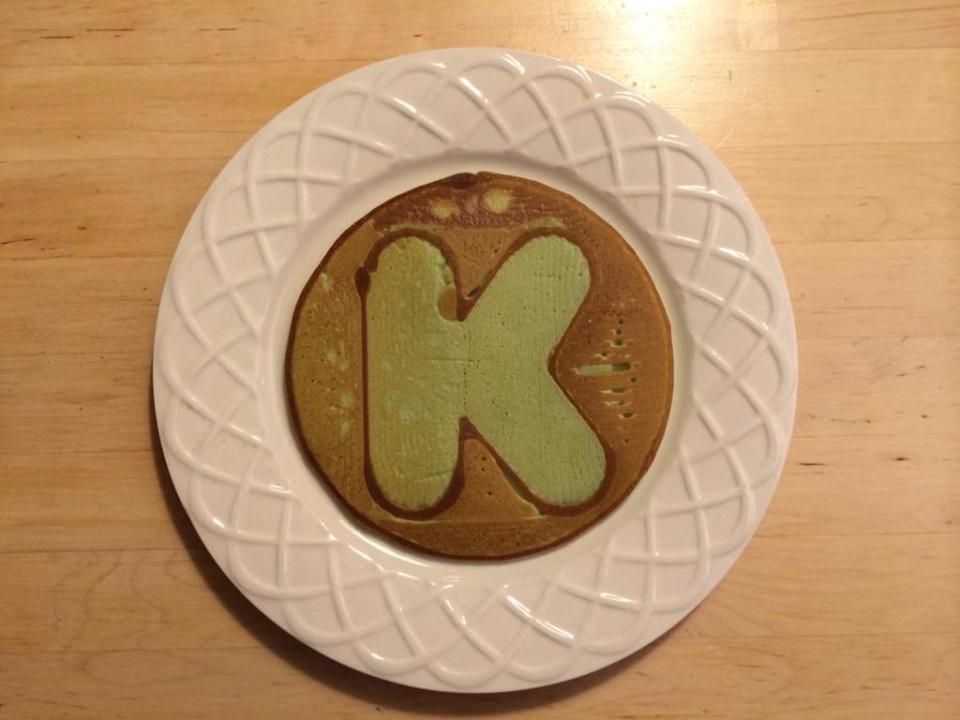 “Our included user-friendly software allows you to design your own pancake by tracing any image right on your computer. From your favorite piece of art or character, a child’s drawing, a product image or your company or team logo, the software creates the file and the PancakeBot does the rest. As the artist, you control what lines are drawn first, which in turn lets you determine the shading of the pancake.

Not only for in-home fun, Valenzuela notes that hotels, theme parks, restaurants and other dining establishments can benefit tremendously from PancakeBot as well. Through some creatively-branded breakfast food, businesses can leave a lasting impression on customers, while satisfying their appetites along the way. Who knows? Perhaps Disney will one day complement its Mickey waffles with some Goofy pancakes…

Interested in an on-demand pancake printer for your home? Hurry over to its official Kickstarter page, where PancakeBot is currently seeking $50,000. Delivery is expected to begin in July 2015. Need some syrup? Well, if previous Maker Faires serve as any indication, a corresponding automated maple syrup dispenser may not be too far away! Want to see what kind of impressive designs Makers have made for breakfast? Find an entire breakdown here!