“The Hummingbird Duo is essentially two boards in one,” a BirdBrain rep explained in a recent Kickstarter post. 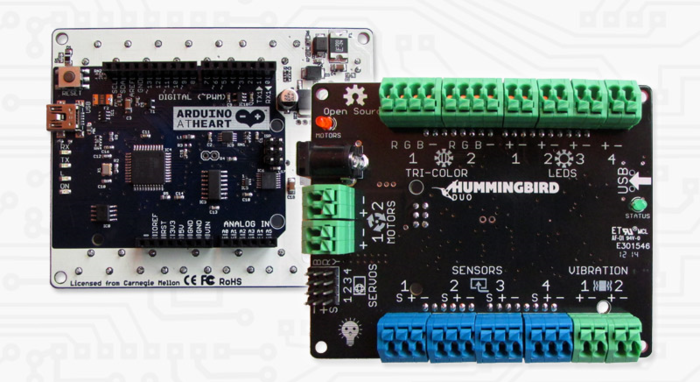 “It operates as either an original Hummingbird controller or as an Arduino Leonardo with an integrated motor/servo shield and improved connectors.”

According to the BirdBrain rep, the Atmel-based Duo controller will be the core of all new Hummingbird kits, with a second Atmel chip, an Attiny24A, tasked with controlling motors and servos. 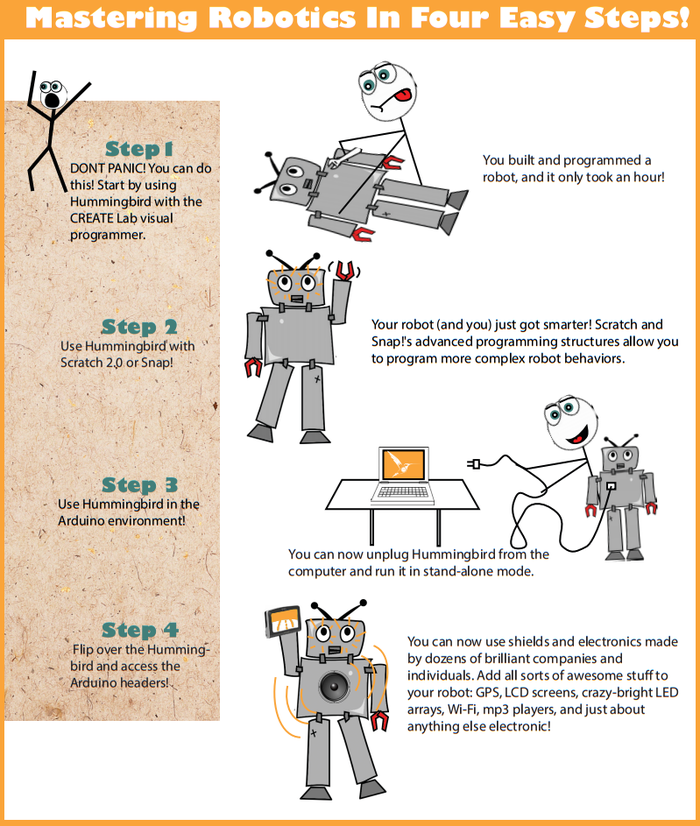 “The kits will include various additional components as well: motors, servos, vibration motors, LEDs and sensors,” the rep continued. 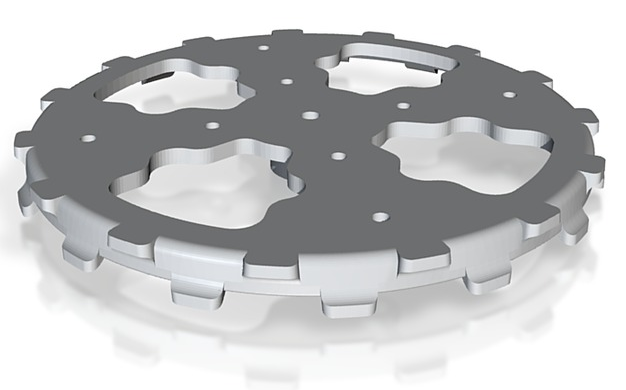 “All kit components are soldered with 24′ braided wires and terminate in bare, tinned wire to prevent wire fraying. Securely connecting them to the Duo controller is easy due to Duo’s clear labels and spring-loaded terminal blocks.”

On the software side, Hummingbird supports a wide range of programming environments, including CREATE Lab Visual Programmer, Scratch 2.0, Snap! and the official Arduino IDE. More advanced Makers can also write their own firmware with AVR’s GCC.

Interested in learning more about the Atmel-powered Hummingbird Duo? You can check out the project’s official Kickstarter page here.