By syncing with your FitBit dashboard, this smart cap helps record, remind and rehydrate!

Evident by the sheer number of health and fitness trackers on the market today, people are increasingly becoming focused on their general well-being. As fixated on eating right and exercising as they may be, it is often easy to overlook one of the most basic and vital things the human body needs: water. Though everyone is cognizant of the benefits of staying hydrated, a vast majority tend to neglect it with our busy lives. And so, a number of startups have emerged with innovative ways to remind us to sip on some high-quality H2O, including most recently Hidrate Me and Trago. Next on that list is SmartCap, the brainchild of Maker by night and software engineer by day Ben S.

What began as a mere idea for himself that he designed and continues to use has now transcended into a hopeful product with mainstream appeal. This smart cap, which fits any standard bottle, is capable of tracking water intake and updating a web-based dashboard by syncing with FitBit.

“I didn’t want to burden myself (or you) with yet another smartphone application. The SmartCap application does nothing more than ferry data between FitBit and allow simple configurations such as authentication, notification on/off and frequency,” Ben explains. 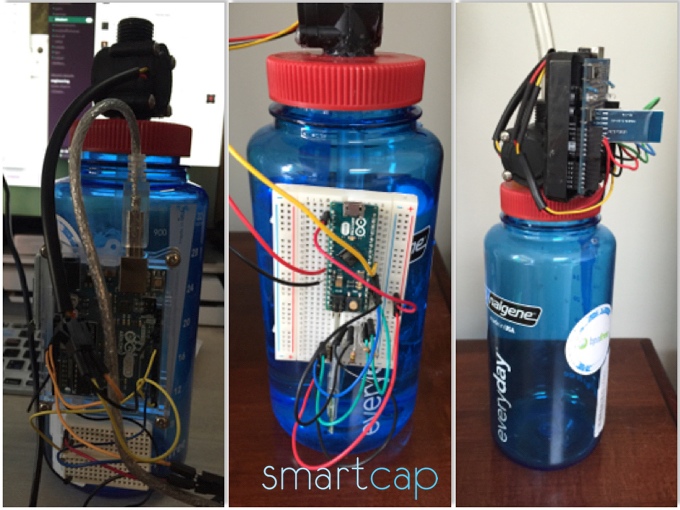 Like Hidrate Me, users will be notified to consume some water through an illuminated light, while also be able to choose to receive an alert on their smartphone or their Apple Watch. Sips of both water and Soylent (powdered meal replacement) are accurately tracked with a push of a button and registered into FitBit.

Based on an Arduino Micro (ATmega32U4), the cap features a flow meter and a Bluetooth module tasked with the pairing of devices and wireless communication of the collected data. It also boasts a battery for power, which is rechargeable via a USB port.

“Yes, competition is good. But I have killer features, such as FitBit integration and Soylent mode that others are not offering. I also hold provisional patents on these innovations. A defensive position is my only intention. I want my product to continue serving those who enjoy using it,” Ben shares with regards to the competitive marketplace. 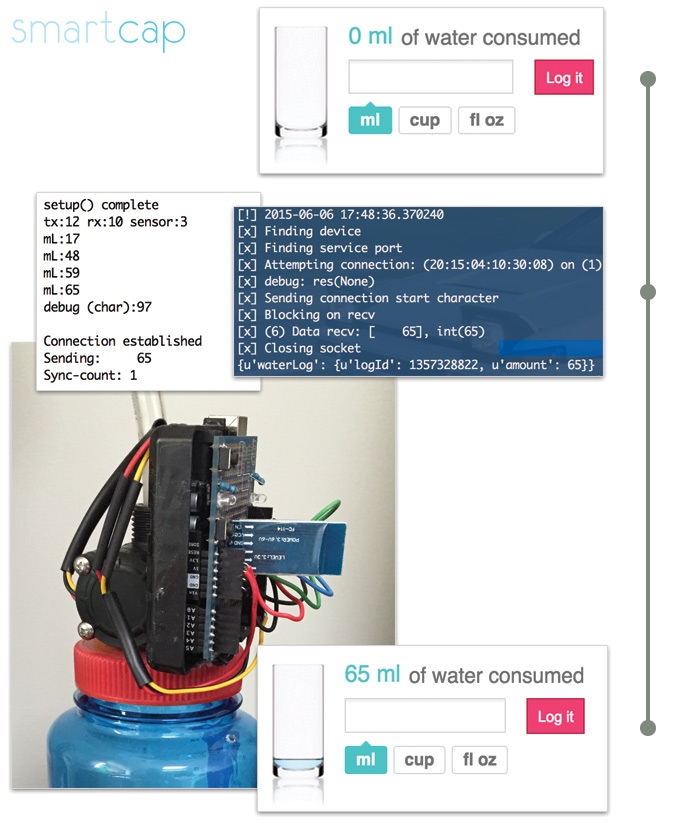 Admittedly, the SmartCap is not market-ready. Currently in prototype form, the Maker is looking to beef up development for the next iteration of the project. This includes shrinking down its form factor, custom PCB etching and CAD design, along with the help of some 3D-printed parts. Intrigued? Head over to SmartCap’s Kickstarter page, where Ben is seeking $45,000 to make this all possible.