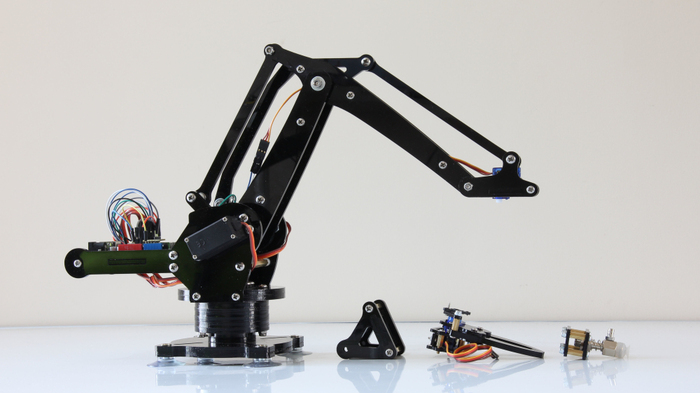 Simone Cicero of Open Electronics recently sat down with Gabrielle Levine, the newly appointed president of the Open Source Hardware Association (OSHWA) to discuss a wide range of topics, including the rapid evolution of the open source movement, Arduino boards and China’s key role in the hardware space.

“I believe it is becoming commercially strategic for companies to release open source hardware tools and platforms. Because tech innovation is happening so rapidly, companies have to innovate quickly,” Levine told the publication.

“As the trend of open toolkits and information becomes more mainstream, no longer will patent ownership be the driving force behind success, but success will come from the best technology that is fastest to make it to market. Releasing open source hardware is certainly commercially beneficial in some ways for companies and for consumers.”

According to Levine, OSHW allows consumers to control, modify and personalize various platforms or tools. In turn, this facilitates healthy competition within the market, while accelerating product proliferation via derivatives.

“For example, Arduino has created a market share based upon both Arduinos as well as derivatives. Additionally, open source hardware can contribute to commercial success because it puts so much emphasis on ‘the Brand.’ [Remember], Arduino became known globally due to attribution,” she explained.

“Another example is Sparkfun and Adafruit. These companies seem to survey what sensors the community is using, see what people have made and then decide to produce their own products or sensors based on what they see is popular, or even based upon the designs of some of the community.”

Levine also commented on China’s role in hardware innovation, noting that it boasts fast-paced manufacturing, along with inexpensive tools and materials.

“Both Shanzhai and open source hardware projects borrow information, tools, source code, CAD files and techniques; both improve upon other’s work to accelerate development. What differentiates Shanzhai from open source hardware projects is that it doesn’t build upon the work of others for increased innovation, but it exactly copies and prices it lower.”

Last, but certainly not least, Levine said Germany, Netherlands and Japan are at the forefront of design and innovation. As such, the trio will play a “big role” in making the open source hardware movement more mainstream.

Interested in reading more?   The full text of the Open Electronics interview with Gabrielle Levine can be accessed here.