It’s worth noting that security breaches rarely involve breaking the encryption code; hackers mostly use techniques like spoofing to steal the ID.

The advent of security coprocessor that offloads the provisioning task from the main MCU or MPU is bringing new possibilities for the Internet of Things product developers to secure the edge device at lower cost and power points regardless of the scale.

Hardware engineers often like to say that there is now such thing as software security, and quote Apple that has all the money in the world and an army of software developers. The maker of the iPhone chose a secure element (SE)-based hardware solution while cobbling the Apple Pay mobile commerce service. Apparently, with a hardware solution, engineers have the ecosystem fully in control. Security is the basic building block of the IoT bandwagon, and there is a lot of talk about securing the access points. So far, the security stack has largely been integrated into the MCUs and MPUs serving the IoT products. However, tasks like encryption and authentication take a lot of battery power — a precious commodity in the IoT world.

Atmel’s solution: a coprocessor that offloads security tasks from main MCU or MPU. The ATECC508A uses elliptic curve cryptography (ECC) capabilities to create secure hardware-based key storage for IoT markets such as home automation, industrial networking and medical. This CryptoAuthentication chip comes at a manageable cost — 50 cents for low volumes — and consumers very low power. Plus, it makes provisioning — the process of generating a security key — a viable option for small and mid-sized IoT product developers.

A New Approach to Provisioning

It’s worth noting that security breaches rarely involve breaking the encryption code; hackers mostly use techniques like spoofing to steal the ID. So, the focus of the ATECC508A crypto engine is the tasks such as key generation and authentication. The chip employs ECC math to ensure sign-verify authentication and subsequently the verification of the key agreement. 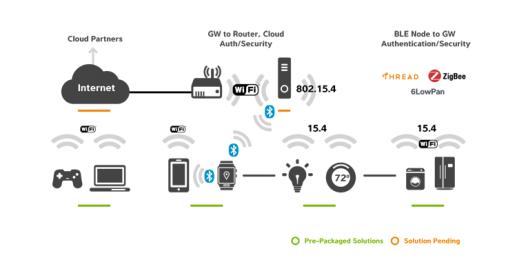 Presently, snooping threats are mostly countered through hardware security module (HSM), a mechanism to store, protect and manage keys, which requires a centralized database approach and entails significant upfront costs in infrastructure and logistics. On the other hand, the ATECC508A security coprocessor simplifies the deployment of secure IoT nodes through pre-provisioning with internally generated unique keys, associated certificates and certification-ready authentication.

It’s a new approach toward provisioning that not only prevents over-building, as done by the HSM-centric techniques, but also prevents cloning for the gray market. The key is controlled by a separate chip, like the ATECC508A coprocessor. Meaning, if there are 1,000 IoT systems to be built, there will be exactly 1,000 security coprocessors for them.

Back at ARM TechCon 2015, Atmel went one step ahead when it announced the availability of Certified-ID security platform for the IoT entry points like edge devices to acquire certified and trusted identities. This platform leverages internal key generation capabilities of the ATECC508A security coprocessor to deliver distributed key provisioning for any device joining the IoT network. That way it enables a decentralized secure key generation and eliminates the upfront cost of building the provisioning infrastructure for IoT setups being deployed at smaller scales. 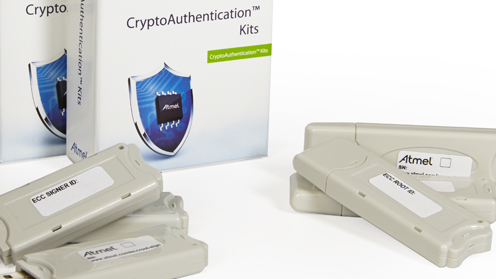 Additionally, the company has announced the availability of two provisioning toolkits for low volume IoT systems. The AT88CKECCROOT toolkit is a ‘master template’ that creates and manages certificate root of trust in any IoT ecosystem. On the other hand, AT88CKECCSIGNER is a production kit that allows designers and manufacturers to generate tamper-resistant keys and security certifications in their IoT applications.