At Atmel, we’ve known for a while now that embedded computing is the future, but it’s nice to see the mainstream media catching on!

ABC recently made it down to Maker Faire in San Mateo, where the crew spent a significant amount of time hanging out at the Atmel booth, talking Internet of Things and, of course, Arduino.

The ABC video even features our very own engineering rockstar, Bob Martin, who spent most of Maker Faire Hexbug hacking.

“There are billions of these parts out there now, it’s in everything,” said Martin.

CEO of Faraday Bicycles, Adam Vollmer also got some ABC airtime to explain the power behind the peddles.

“We got an ambient light sensor that looks at how bright it is, and turns the light on automatically, we’re going to have bluetooth, so it will talk to your phone, it will track where your bike is, how far you’ve ridden, you can adjust the pedal assist,” he explained.

ABC even managed to catch up with Arduino Co-Founder, Massimo Banzi to get his opinion on the open source board revolution.

“I see all this amazing stuff that people are doing, and I am constantly still finding moments where I go, wow,” Banzi said.

You can see more of ABC’s Maker Faire coverage here.

Meet Quin, CEO and founder of QTechKnow. Unlike most CEOs, Quin is just 12 years old, but that hasn’t stopped him from running a wildly successful electronics blog, his own YouTube channel and amassing a ton of loyal friends and fans on Twitter. The mini maker has a major passion for electronics and especially Arduino, having racked up a plethora of advanced projects and even making his own PCBs. 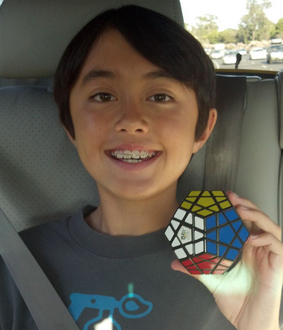 Atmel caught up with Quin at Maker Faire in San Mateo last weekend to examine a couple of his creations, the Fuzzbot and the Android DiceBot.

Quin says he likes to think of the Fuzzbot as a cheap and hackable “mini Roomba” because it uses a Swiffer Duster on the back to pick up any unwanted dirt off of the floor.

Quin programmed the Arduino code using the simple Pololu ZumoBot library, and used the Ping library to interface with the Ping sensor.  The FuzzBot also has a pan/tilt servo for the Ping sensor, and can be used with the Servo Arduino library. You can check out the parts Quin used in the picture below: 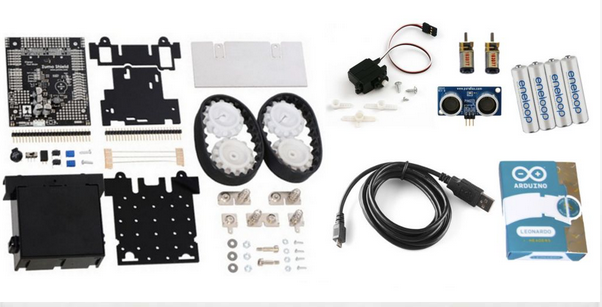 DiceBot, on the other hand, is an electronic dice that fits into an Android figurine.  It has a 7-Segment display, a 74HC595 shift register, an accelerometer, and an ATmega328p (the Arduino microcontroller).

Quin said he used his Pineapple library to drive the 7-Segment LED with the 74HC595, his Quasi-duino core for the ATmega328p without the clock, and the free Arduino IDE to program the ATmega328p.

Here are the parts Quin used when putting together Dicebot: 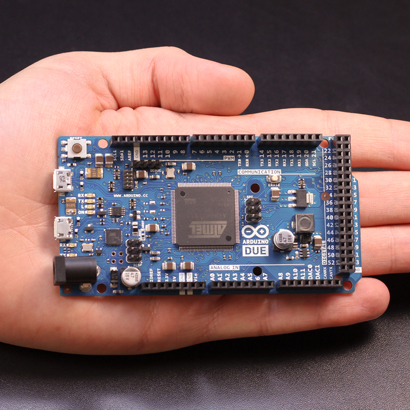 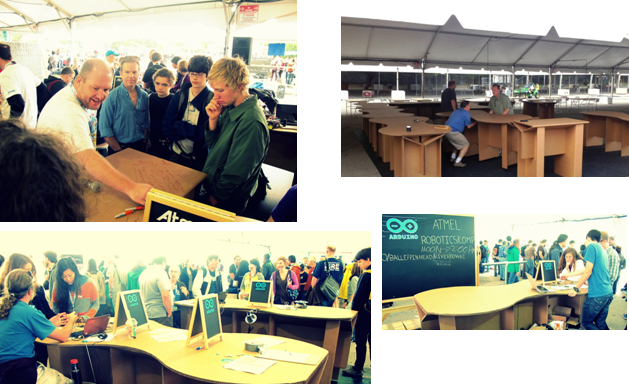