You can now power your Raspberry Pi and provide an Ethernet connection in any location with just a single cable.

Power over Ethernet (PoE) is nothing new. In fact, this method of transmitting data and electricity has been used for quite some time by devices like computers, IP telephones, web severs and throughout the music industry. Now, one startup is looking to bring the standard to the Rasbperry Pi. The idea was first conceived as a DIY kit for the Model B, but eventually transcended into a fully-assembled, plug-and-play system that gives Makers an innovative way to reduce wire clutter and manage power. 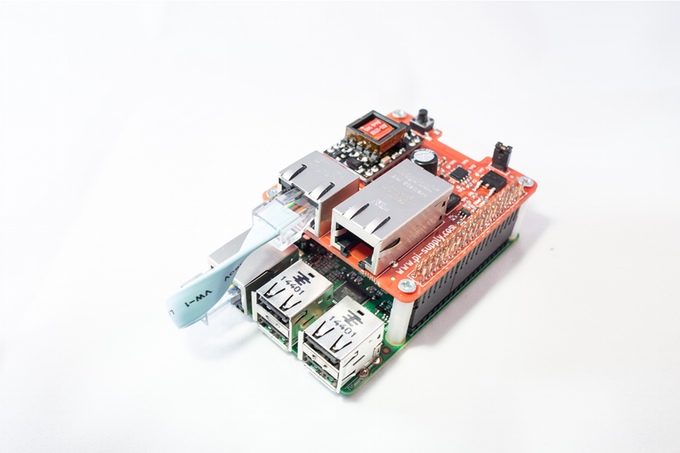 The brainchild of Pi Supply, who has launched other successful crowdfunding campaigns like the PaPiRus and the Pi Supply Switch, the Pi PoE Switch HAT is an snap-on accessory that provides Makers with an Ethernet connection and the ability to easily power their Pi from any location with just a single cable, making it ideal for use in remote areas.

“The Pi Supply Switch was our very first Kickstarter project which we launched way back in February 2013 and has been extremely popular with our customers,” the London-based startup writes. “Since then we have had a number of requests to make all sorts of power management add ons for the Raspberry Pi, but the most intriguing of these was a Power over Ethernet switch.” 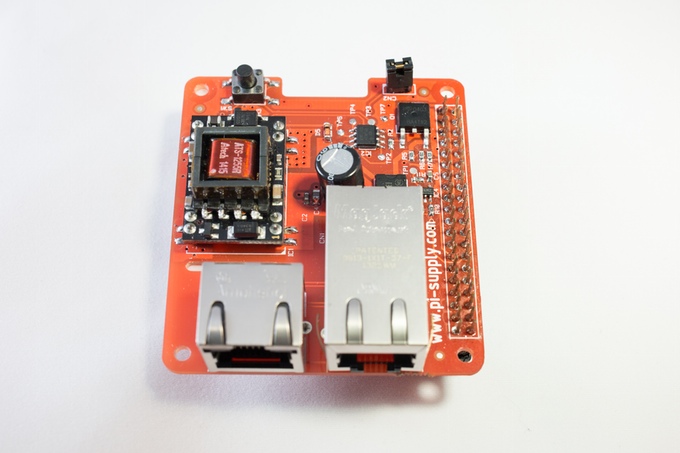 The Switch HAT offers power to the Pi via its GPIO pins and sends an Ethernet connection using a patch cable. This opens the door to endless possibilities for projects, ranging from garden monitoring and surveillance systems to web servers and media centers. Aside from being solder-free, another nice Maker-friendly feature of the Pi PoE is that it doesn’t require any software. Meaning, it’s ready for action right out of the box. Moving ahead, the Pi Supply team even has plans to introduce some scripts and guides to help implement the configurable on-board button and harness the unused power of the versatile tinyAVR MCU.

Looking for a great alternative to USB for your next Raspberry Pi gadget? Head over to its Kickstarter campaign page, where Pi Supply is currently seeking $15,476. Delivery is expected to begin in August 2015.