Play Array takes gaming out of the computer and into the real world.

New York University’s Center for Urban Science and Progress (CUSP) has collaborated with design agency Urban Matter Inc. to develop an interactive storefront based on the retro arcade game Pong. The project was initially conceived as a way to make retail windows a bit more engaging, all while creating a more fun, vibrant city in general. 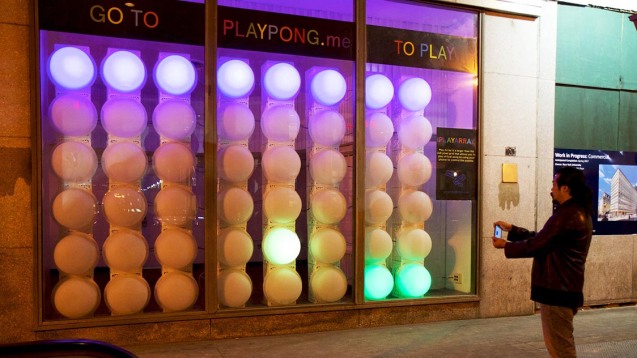 The aptly dubbed Play Array enables those passing by to interact with a larger-than-life, 6 x 8 pixel grid display comprised of 18.5” bulbs illuminated by ultra-bright NeoPixel rings. Upon approaching the store, each player is prompted to connect to the domain Playpong.me and assigned either an LED-lit green or purple paddle, which they control by tilting their smartphone almost in race car-like fashion. After five misses, however, the game ends. 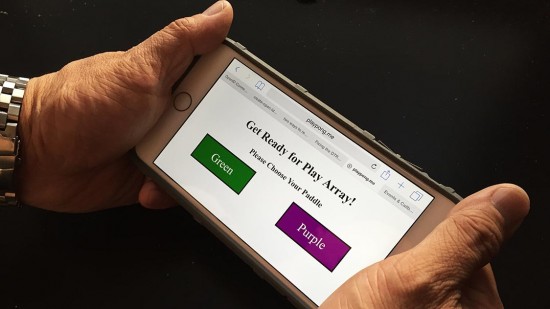 Every horizontal row is driven by a brain pixel that is responsible for handling the LEDs in itself and the other seven pixels within its line. The brain pixel is powered by an Arduino Pro Mini (ATmega328), which receives its instructions via an Ethernet module and commands its set of LEDs. Meanwhile, the game server is built upon Node.js software and communicates with the controller pixels using customized Open Sound Control.