A common problem among video gamers playing Nintendo 3DS is using the circle pad for prolonged periods of time. In response to frequent hand cramps and broken pads, a Maker by the name of “dekuNukem” decided to mod his 3DS enabling the use of a GameCube controller to play Super Smash Bros. on the handheld console.

In his open-source project, the Maker used an Arduino Nano (ATmega328) to read input from the GameCube controller, then replicate the actions to the Nintendo 3DS with a maximum delay of less than a millisecond. 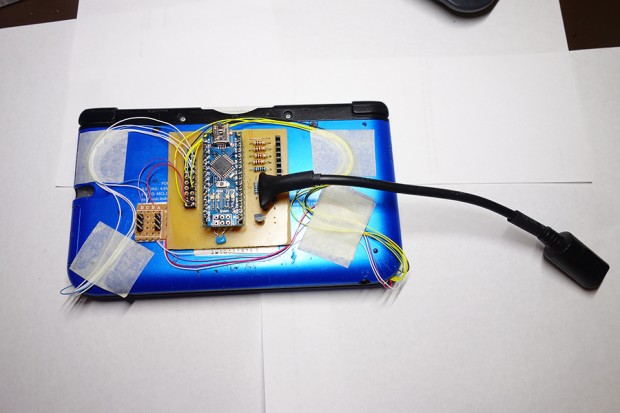 According to dekuNukem, users can also customize and adjust button mappings between the controller and 3DS with a LCD screen, which for his build, he utilized an old phone display.

“When you’re done, simply remove the microcontroller and GameCube cable to make it just as portable as before,” he notes.

Interested in learning more? You can check out dekuNukem’s project page here, and get ready to say ‘so long’ to thumb cramps!