It’s day two of CES 2014! Atmel is showcasing a number of devices, technologies and platforms for MakerSpaces, garages and living rooms. Check out the videos below to see what we’ve been up to!

Atmel is at the heart of the DIY Maker community – powering nearly every desktop 3D printer and Arduino board on the market today, along with a number of wearable platforms and devices. In this video, we interview a wide range of personalities about the rapidly growing movement, including Atmel’s Reza Kazerounian, Matt Richardson of Make Magazine and Michael Shiloh of Arduino.

Atmel’s Bob Martin, Manager, MCU Central Applications Group, talks about the evolution of CES over the years, with a specific emphasis on the DIY Maker community.

Atmel Community Manager, Sylvie Barak, welcomes you to 3D print your ideas at CES 2014. Tweet #AtmelCES and come on by MP25958.

An inside look at 3D printing with the Atmel-powered MakerBot Replicator 2 at CES 2014. Tweet #AtmelCES.

After a long day at CES 2014 this on/off (0/1?) demo was pretty addictive – providing hours of endless entertainment for our tired crew. 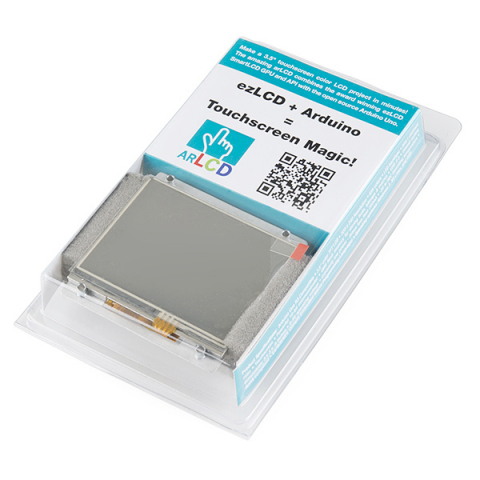 “Release 2.0 is endorsed by Arduino by being part of the Arduino At Heart program,” Schafer explained. “It also includes firmware enhancements that free up shield pins, adds a second hardware serial port and [offers] an in-circuit programmer, freeing up 512 bytes of sketch memory.”

“With over 300 I/O shields compatible with the arLCD covering every wireless, I/O, and protocol standard embedded systems, development is like building with blocks,” said Schafer. “Macros and GUI widgets allow users to build a user interface prototype fast – within hours, not days.”

“This is a full featured, ‘smart’ ezLCD GPU with the Arduino Uno (ATmega328) on the same PCB,” said Richard Obermeyer, Vice President of Engineering at EarthMake.  “The arLCD flash drive give users the ability to simply copy fonts and bitmaps to the arLCD from a PC via USB, [while] the Arduino IDE [facilitates] rapid product development with Windows, Linux and OSX operating systems.”