Sit back and let Meld handle the cooking for you.

With the number of connected homes on the rise, many brands have started to give their modern-day appliances like the fridge, oven and coffeemaker a high-tech makeover. While the concept of smart equipment that suggests what’s for dinner, keeps tabs on key ingredients and even cooks the meal for you is undoubtedly intriguing, the prices of such IoT gadgetry are not as favorable to consumers. This is where Meld is looking to come in. The Seattle-based startup has developed a solution for existing devices that will bring your kitchen right into the Jetsons era — without ever having to shell out thousands of dollars. 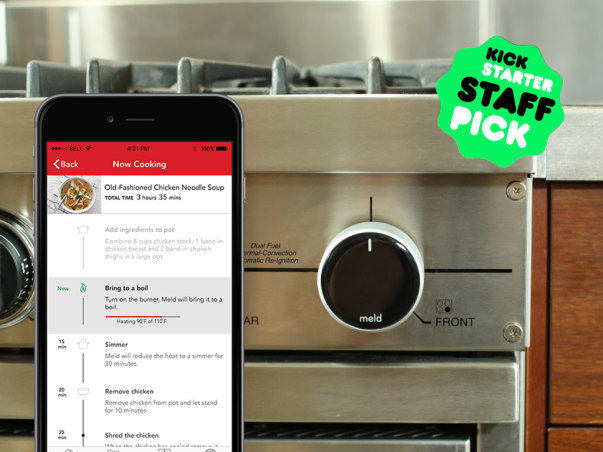 The Meld system is comprised of three parts: an automated knob, a wireless temperature sensor and a mobile app. Both the knob and clip feature a Bluetooth LE module and are powered by AAA batteries (four for the knob, one for the clip), while the knob itself is built around a 32-bit ARM MCU. The electronics are all housed inside a chemical-resistant, waterproof plastic casing.

The Meld Knob wirelessly communicates with a precision temperature sensor, also known as the Meld Clip, that affixes to your cookware. Once attached, it gives your stove the ability to intelligently regulate its own temperature and cook foods to perfection autonomously, all through its accompanying iOS and Android app. 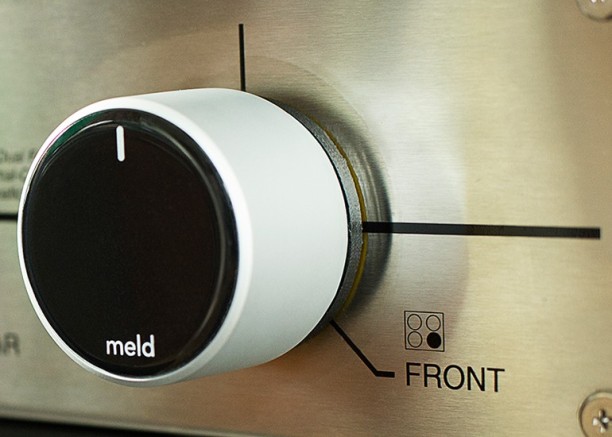 How it works is relatively simple: You start by swapping out that old-fashioned analog dial with Meld’s custom-designed replacement. Once it is paired with the clip, the knob will automatically adjust the burner to maintain the ideal cooking environment. The knob knows how to turn the heat either up or down based on readings it receives from the sensor. Simply tell the app what you’re preparing and the automated system will handle the rest. 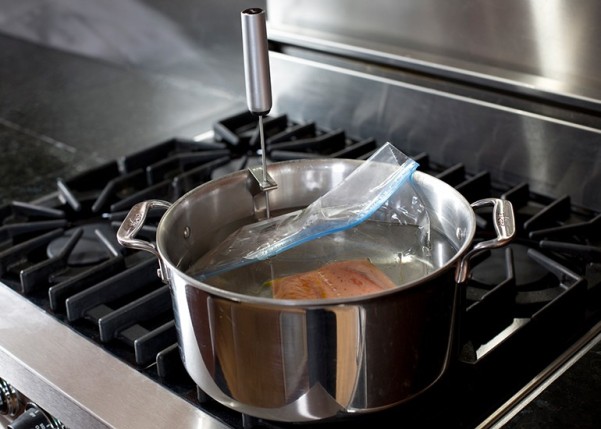 What’s nice is that you won’t even know it’s there. The Meld Knob was created to leave on the cooktop and to be used just like its predecessors – even when not being used with the Meld Clip or app. Or, say you’re cooking grandma’s famous meatballs or your mother’s casserole, you can take charge manually as well. For those prefer control, the app still allows you to turn the knob. The difference is, that instead of setting it to “medium” or “high,” you can set the dial to a specific temperature or to a specific way of cooking, such as simmering or sous vide.

Sound like something you’d love to have in your kitchen? Hurry over to its official crowdfunding page here. Meld is already cooking up a storm on Kickstarter, where by the time of writing, the team had nearly tripled its pledge goal. Delivery is scheduled for October 2015 — just in time for the holiday stretch!