MangoCube — which recently made its Kickstarter debut — is a pocket-sized, Arduino-compatible development board powered by an ATmega32u4 microcontroller (MCU). 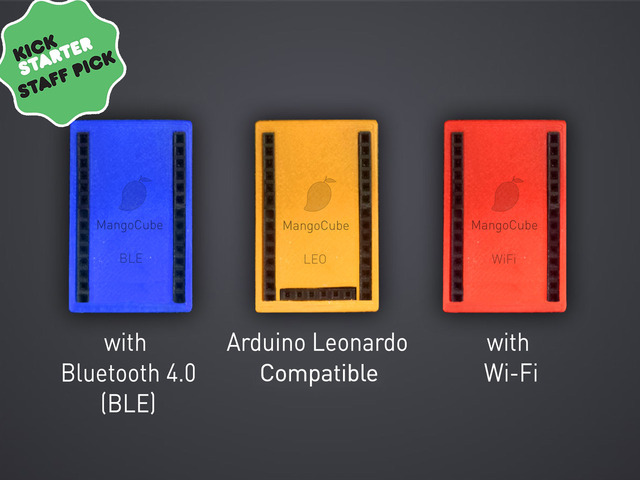 Created by London-based Maker Bhargav Mistry, MangoCube provides developers with an uber-mini, stackable header-friendly board that comes in three versions: MangoCube LEO, MangoCube BLE (Bluetooth 4.0) and MangoCube Wi-Fi. Additionally, it can be found in a selection of five vibrantly colored cases, each of which allow a Maker to express his or her personality.

“If you think Arduino is fun to program but wish your development board was small in size, cool in appearance and easy to carry in your pocket, then MangoCube is for you.” Mistry shares.

In order to develop the MangoCube, Mistry specifically developed an Arduino-compatible board, aptly dubbed LeoBoard. The dev board is equipped with an Arduino Leonardo bootloader pre-installed on the chip, enabling MangoCube to be fully-compatible with Arduino software and programming.

MangoCube, which is powered by either a USB via PC/laptop or external 5V batteries, can be used in a wide-range of applications ranging from sensors to remote control capabilities, as seen below. 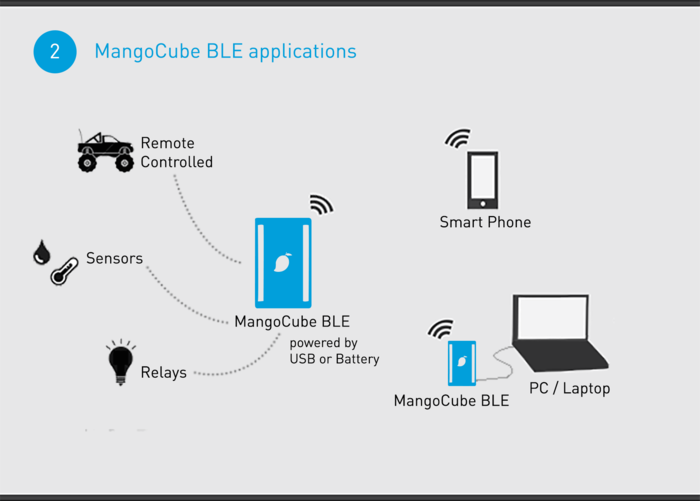 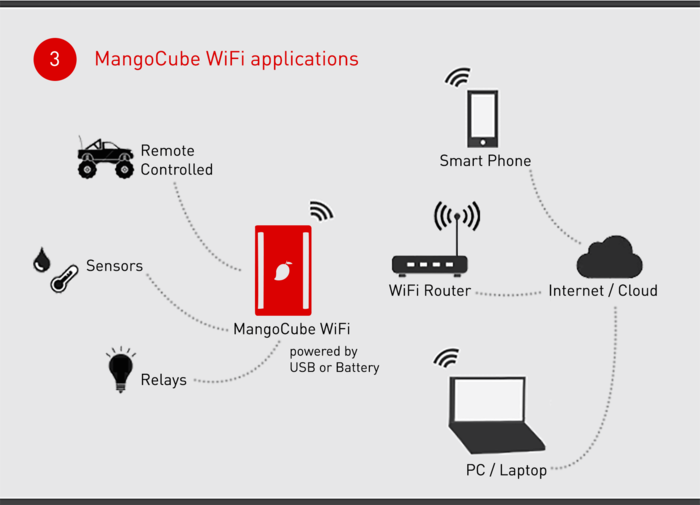 Apart from the colorful exterior enhancing its aesthetics, the hard shell ABS case protects the core board. MangoCube’s case boasts some cool features like holes for lanyard, keychain and mounting on uneven surfaces, which making it super easy to carry around.

This small case can also include a Bluetooth or a Wi-Fi board. According to its creator, this extra functionality of wireless communication makes MangoCube a perfect choice for any portable or wireless project. The ATmega32u4 based project, which is currently over on Kickstarter, has already well-exceeded its original £3,000 ($4,815) pledge goal. Interested in learning more or backing the MangoCube for yourself? Head over to its crowdfunding page here.