A team of students has created a portable heated IV device for extreme climate situations and high-altitude climbers.

Hypothermia is a serious danger to high-altitude climbers. When a patient suffering from hypothermia is brought to a hospital for medical assistance, a doctor typically begins treating the patient through the use of a heated IV. Injecting warm saline solution into the body raises the patient’s core temperature along with properly hydrating them. However, often times those suffering from hypothermia don’t have immediate access to medical assistance. 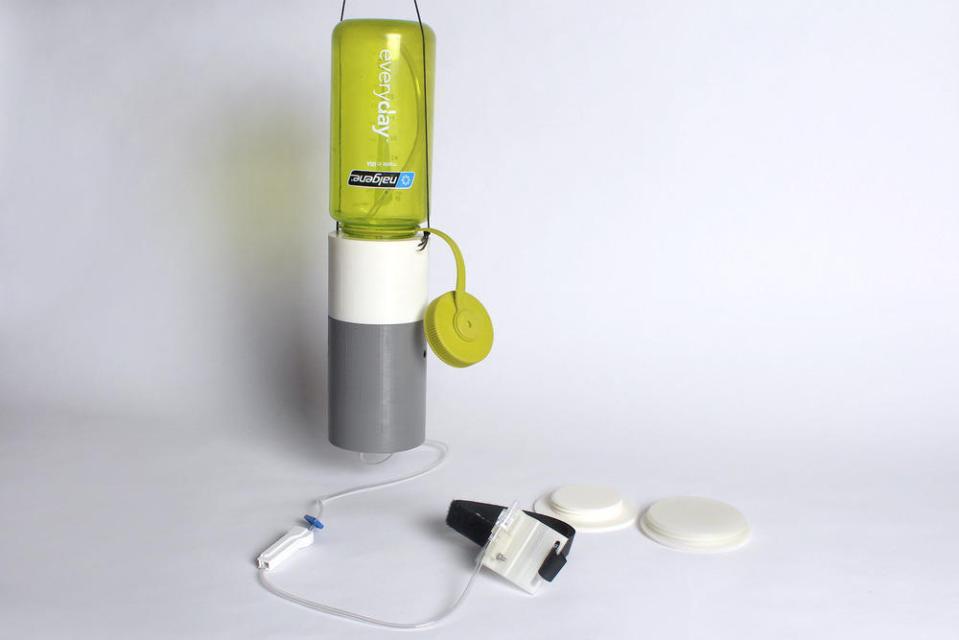 Cognizant of this, a team of students at NuVu Studio have created a portable heated IV for extreme climate situations and high-altitude climbers suffering from hypothermia, or dehydration for that matter. This product, which they call Backcountry IV, is not supposed to heal a person completely; instead, it is intended to serve as a temporary aid to prolong the user’s life until they can receive actual medical help.

The students were able to bring the idea to fruition, which resembles that of a mini flashlight and lantern, through the use of 3D printing. The device works by purifying water using a 3D-printed cap with built-in UV lights, which connects to another compartment containing ceramic resistors that heat the liquid between 104-106°F.  Once this is done, the water flows through the IV tubing until it reaches the needle that is clipped onto the specialized, 3D-printed cuff resting on a hiker’s forearm. The canister also holds several other necessary parts like a salt tablet and an infrared light vein finder.

“The importance of the product is clear — it could be the defying factor of a high altitude climber’s survival. Without the Portable Warm IV, a person could possibly die of hypothermia on the mountain but with the IV, the chance of his or her core body temperature warming enough to prolong the survival long enough to receive medical assistance is likely. There are no existing products that are capable of helping high altitude mountaineers let alone in extreme conditions return their body to a normal temperature. Since hypothermia is such a serious threat to the lives of mountaineers, it is crucial to have a device that would keep them alive at high altitudes and dangerously cold temperatures. The portable warm IV would bring the user fundamental and pragmatic medical attention immediately, making it a life-changing product… Literally,” the team writes.

The students constructed each part of this device using an ATmega2560 powered MakerGear 3D printer, with the exception of the actual IV and electronic panel, where the Arduino Micro (ATmega32U4) sits. 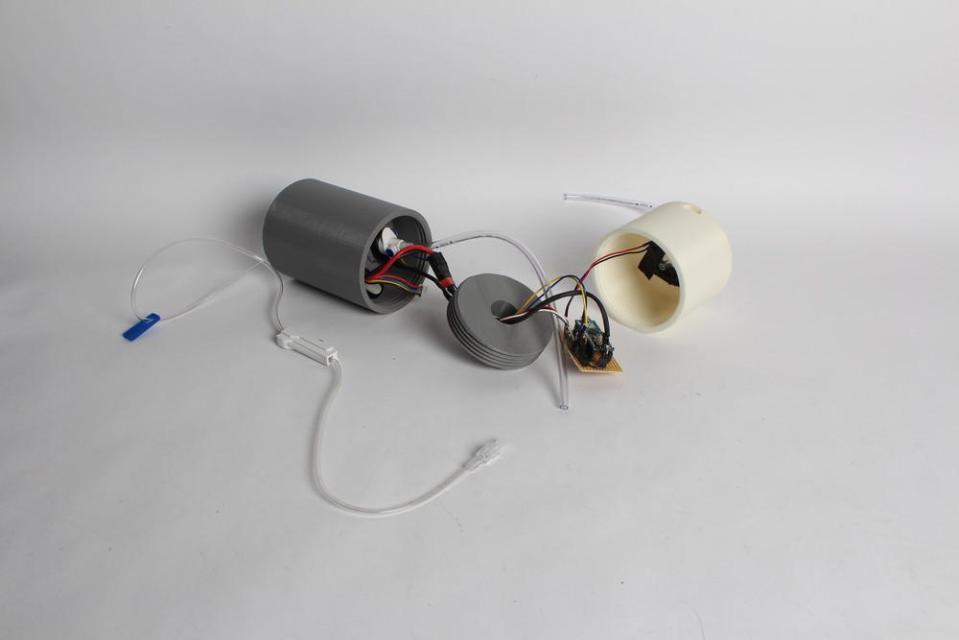 Interested in learning more? Check out the team’s entire build log here. This is just one of many Atmel based projects that are ‘making’ a difference in the world. Have a similar idea? Be sure to submit it for a chance to win The Hackaday Prize!