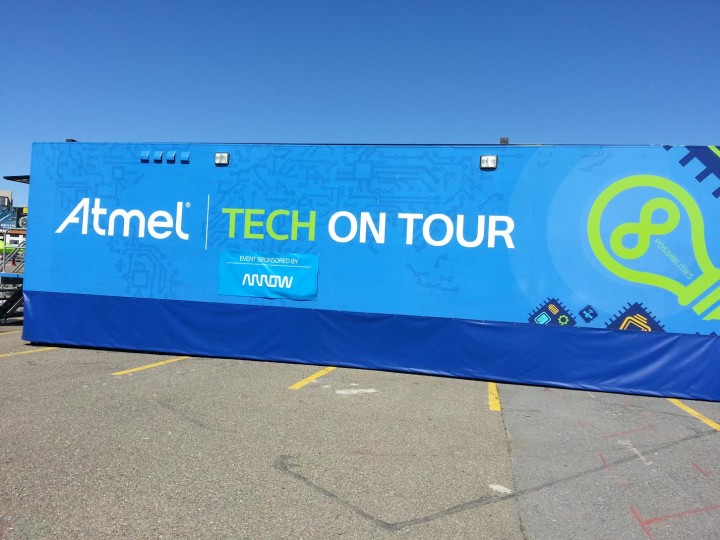 We’ll be at the Meritage Resort & Spa on 875 Bordeaux Way on March 23-24,   showcasing a wide variety of tech across a number of spaces including touch, security, microcontrollers (MCUs), wireless, lighting and automotive.

In addition, Sander Arts, VP of Corporate Marketing at Atmel, will be hosting a session on easy-to-use, fully integrated solutions for University students at 12:30 pm on March 23 in the Carneros Ballroom.

“In this short session, students will see how Atmel provides a broad portfolio of hardware and software solutions that are easy-to-use and cost-effective for the classroom environment. Our boards and software development kits provide students hands-on training with some of the latest electronics for developing fun applications using Ardunio-based boards to Atmel’s own development solutions,” Arts told Bits & Pieces. 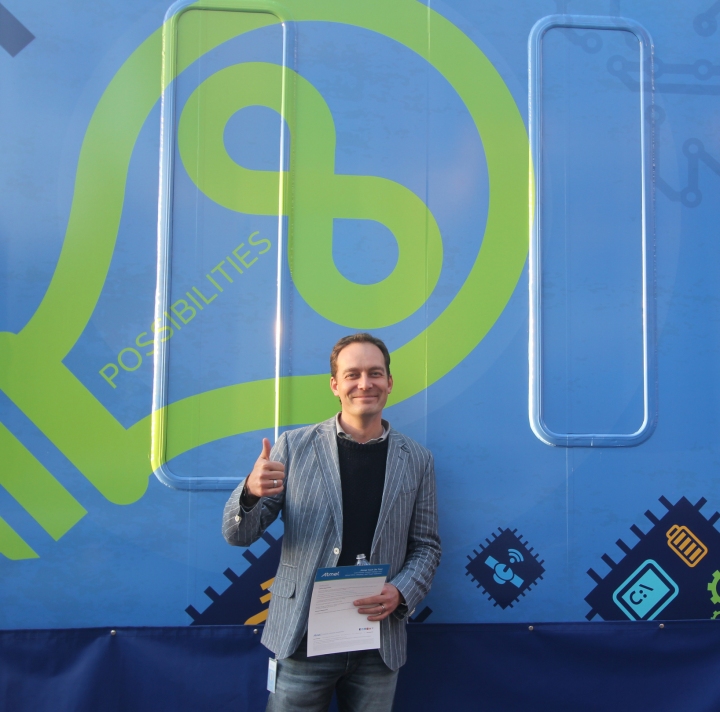 “They will also hear about Atmel’s revamped University Program and how we are using our latest social media channels, mobile trailer, challenges and competitions to engage with University students.” 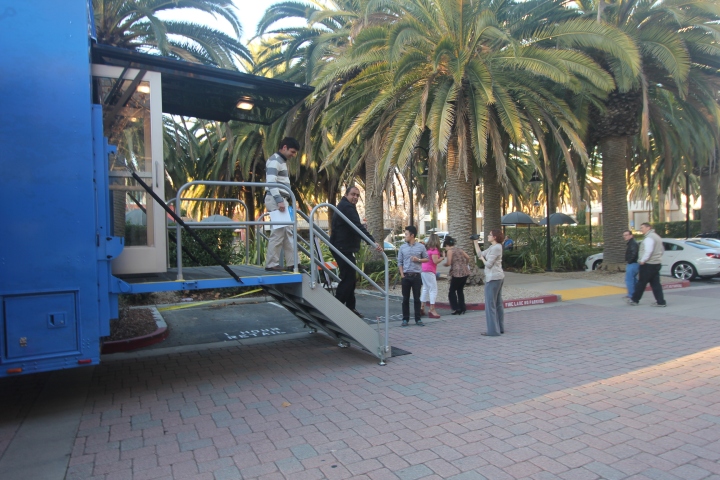 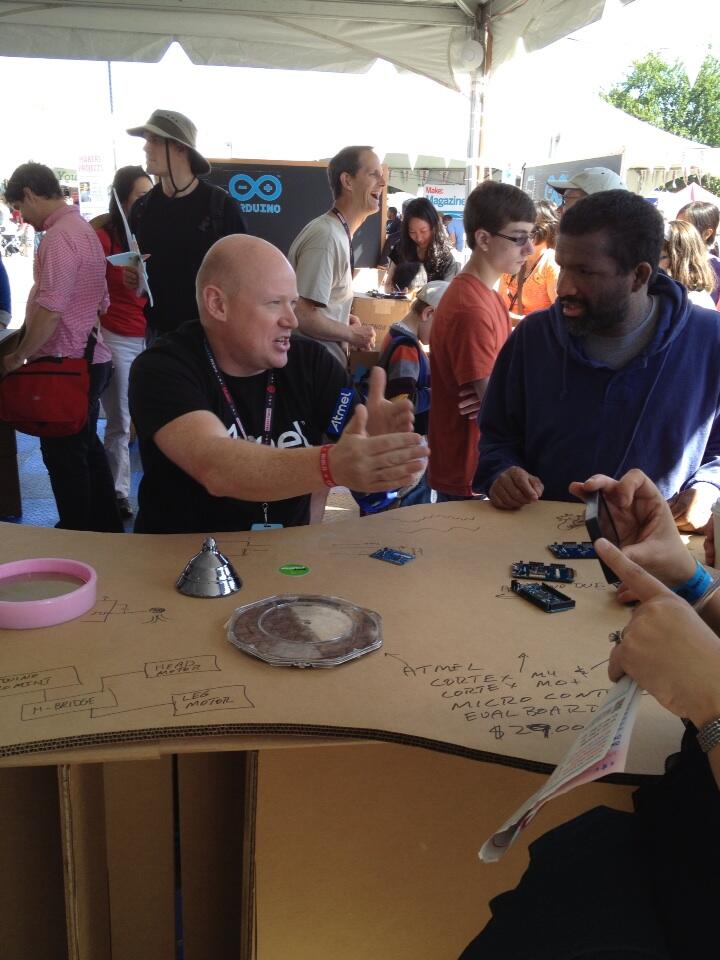 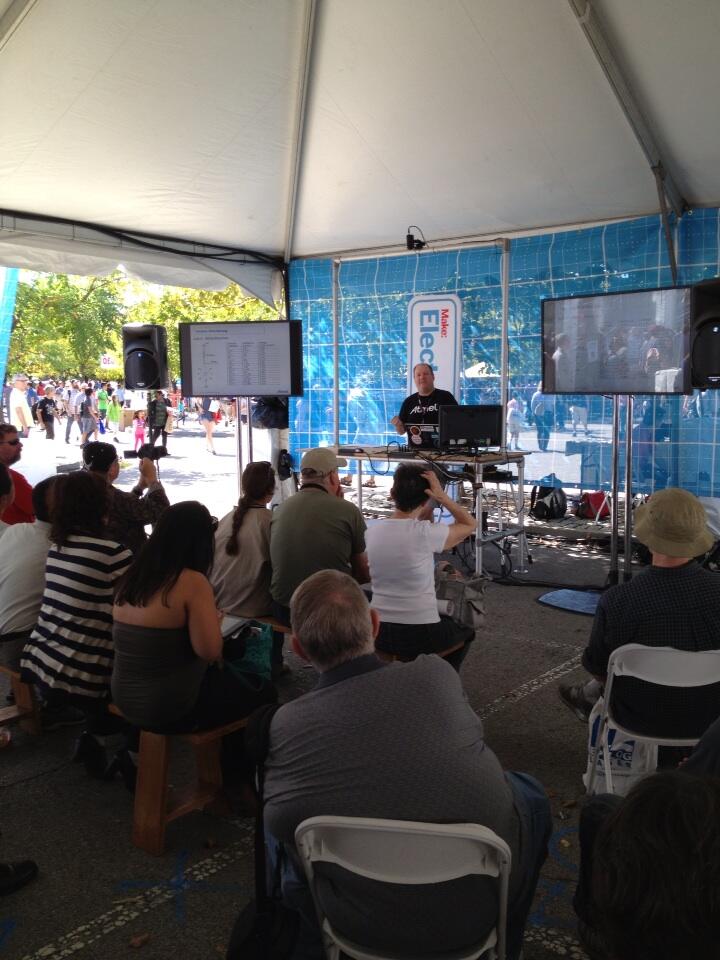 The 2013 World Maker Faire opens its doors on September 21st in the New York Hall of Science (NYSCI). We’ll be there at the Atmel booth in the Arduino pavilion, showcasing a number of exciting new companies that have developed innovative applications using Arduino boards powered by Atmel AVR and ARM microcontrollers.

Tune into our live Twitter feed of the panel starting at 11:30 am ET on September 20th under #Atmelmakes or visit our recently launched microsite for more details. For those of you attending the Faire, Atmel’s booth will be taking center stage at the show with a number of uber-cool exhibits and demos including:

Additional exhibitors at the Atmel World Maker Faire booth include Fuzzbot (robots), Evil Mad Scientist and Colorado Micro Devices. We’re looking forward to seeing you at the Atmel booth, so don’t forget to follow us at @makerfaire, @atmel and @arduino!

Interested in attending Atmel’s panel? Be sure to email us at pr@atmel.com. Also, be sure to join us when Bob Martin presents Prototyping is as Easy as Uno, Due, Tres.

The Ardruino Uno is an excellent lab tool for technicians and h/w engineers who have a specific design in mind. In this presentation, we will show how Atmel’s MCU apps lab uses the Uno to test harnesses for LED lighting stress testing, SBC reset response and power supply stress testing on a regular basis for the weather station prototype.