Ah, Maker Faire. The only place that can you find everything from a 30-foot-tall, flame-throwing robot and a life-sized game of Mousetrap to a pancake printing machine and a floating head choir that sings when you press their keys.

Over the weekend of September 26th and 27th, tinkerers, modders and hackers of all ages flocked a jam-packed Atmel booth housed inside the always popular Maker Pavilion. There, we showcased a number of gizmos and gadgets that have successfully made its way “From the MakerSpace to the MarketPlace.” Meaning, this particular batch of startups have demonstrated what it takes to bring an idea from mere prototype to full-blown product, many by way of crowdfunding. Among those on display included the Kickstarter sensation and wrist-friendly Keyboardio, the credit-card sized gaming system Arduboy, 14-year-old Quin Etnyre and his Qduino Mini, former Pixar engineer Erin Thompson’s Modulo boards, Microduino’s super LEGO-like modules, and Zippy Robotics’ soon-to-launch Prometheus PCB milling machine. Oh, and who could forget big names like Bosch, Arduino and the one-and-only Massimo Banzi, too?

When it came to projects driven by our mighty AVR and Atmel | SMART MCUs, it didn’t stop at our booth either. In fact, countless others throughout the fairegrounds proudly showed off their embedded creations, with some of them even paying a special visit to our tent like PancakeBot, Zymbit, Dr.Duino and eight-year-old CEO Omkar Govil-Nair with his Arduino-based O Watch, to name just a few. On top of all that, several Atmel team members — Bob Martin, Henrik Flodell, Sander Arts and Artie Beavis — took the World Maker Faire stage to talk prototyping, Arduino, debugging, STEM and how to take your product mainstream.

So with another incredible event in the books, let’s take one last look back before flipping the page to Rome! 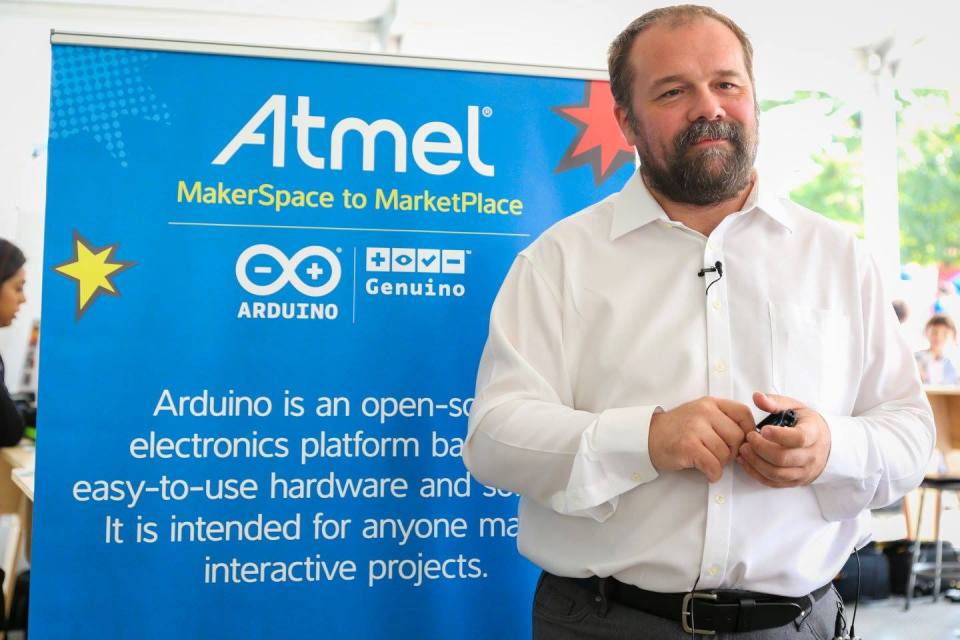 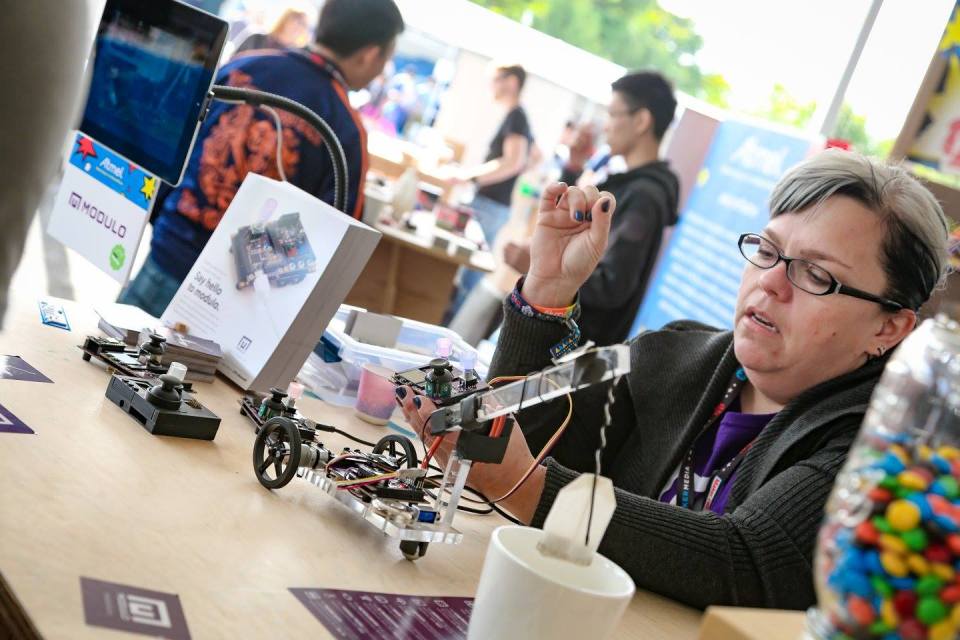 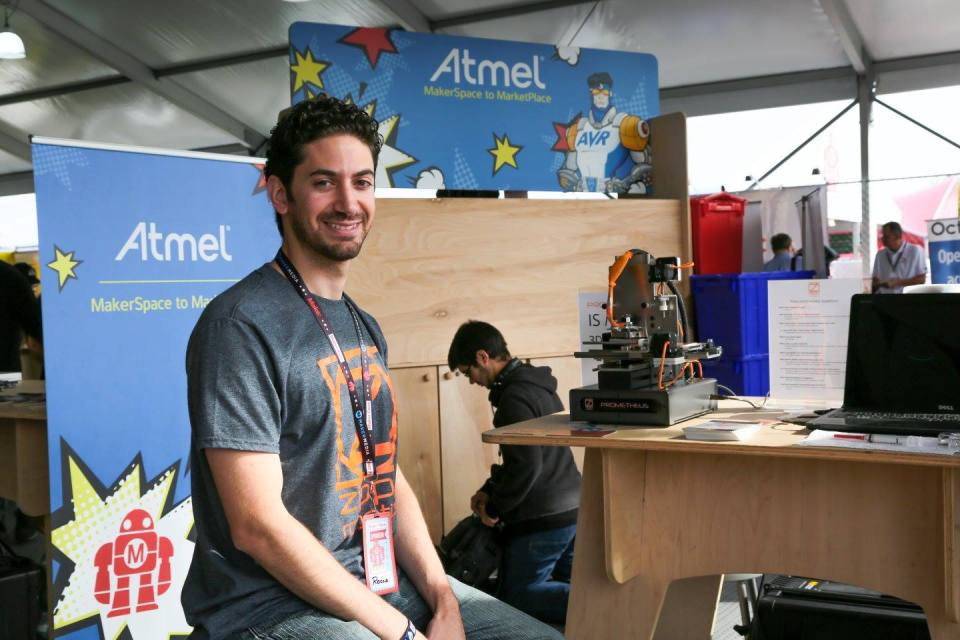 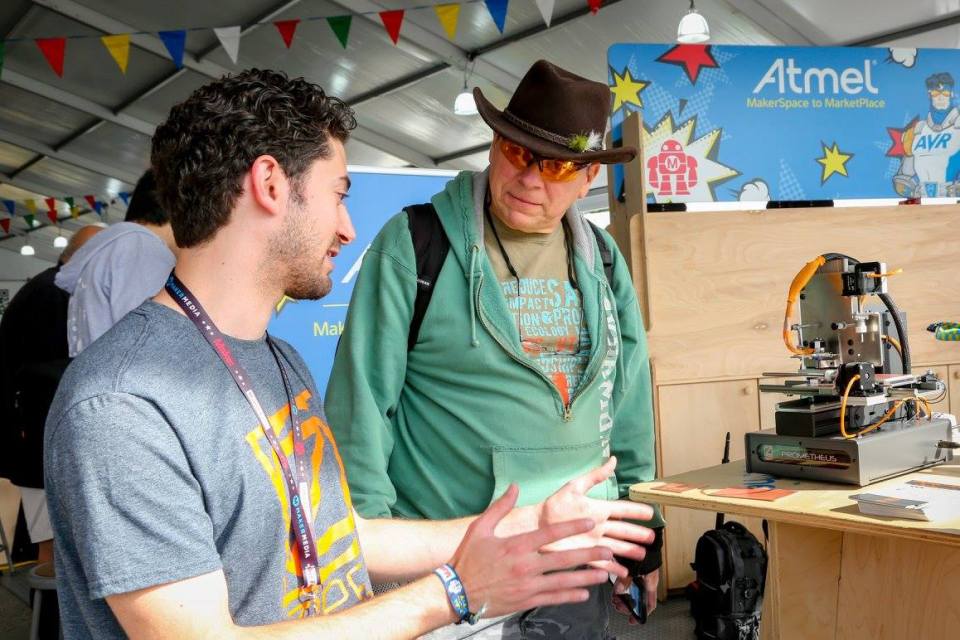 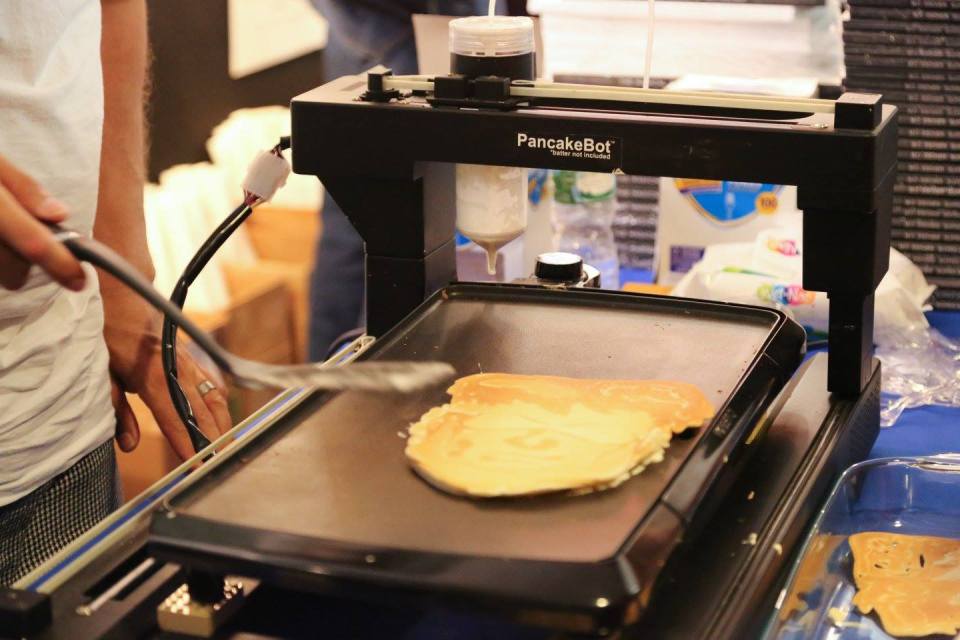 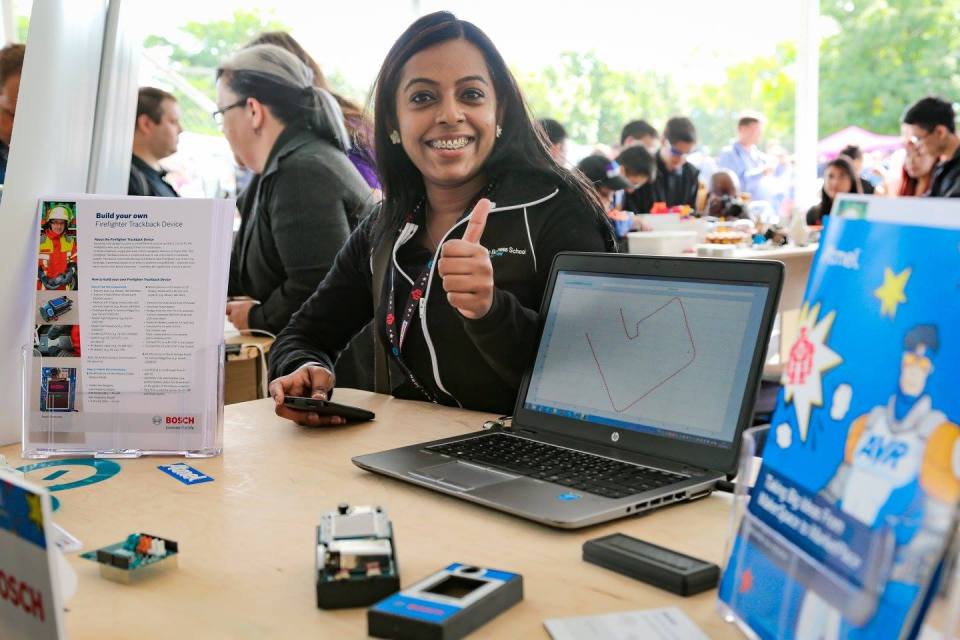 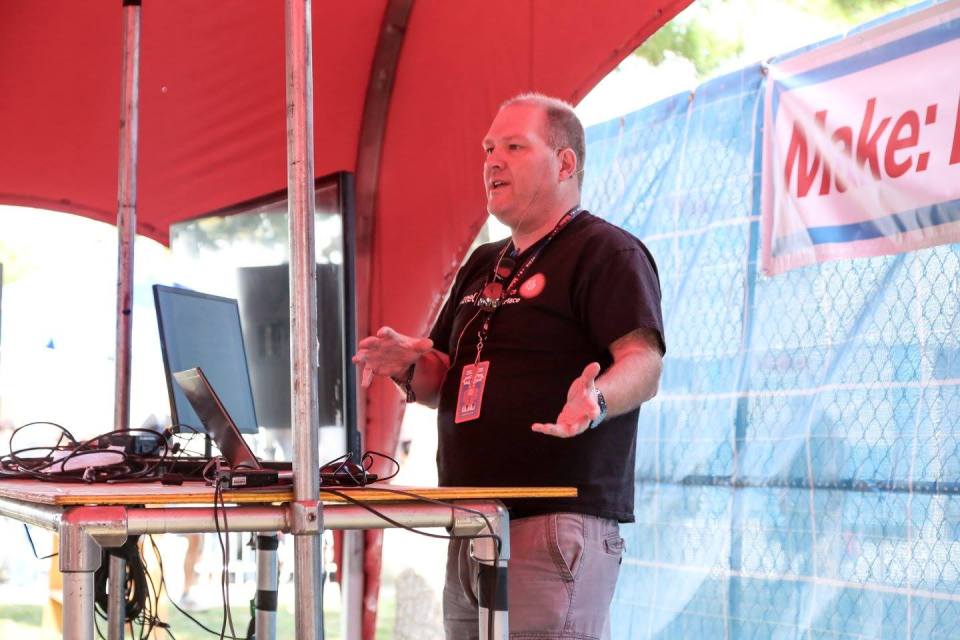 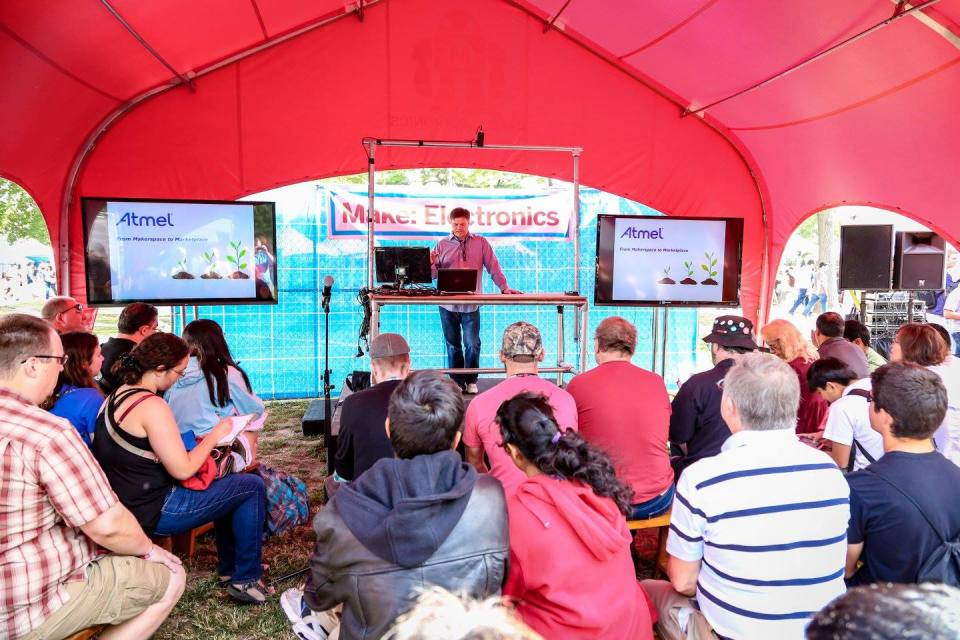 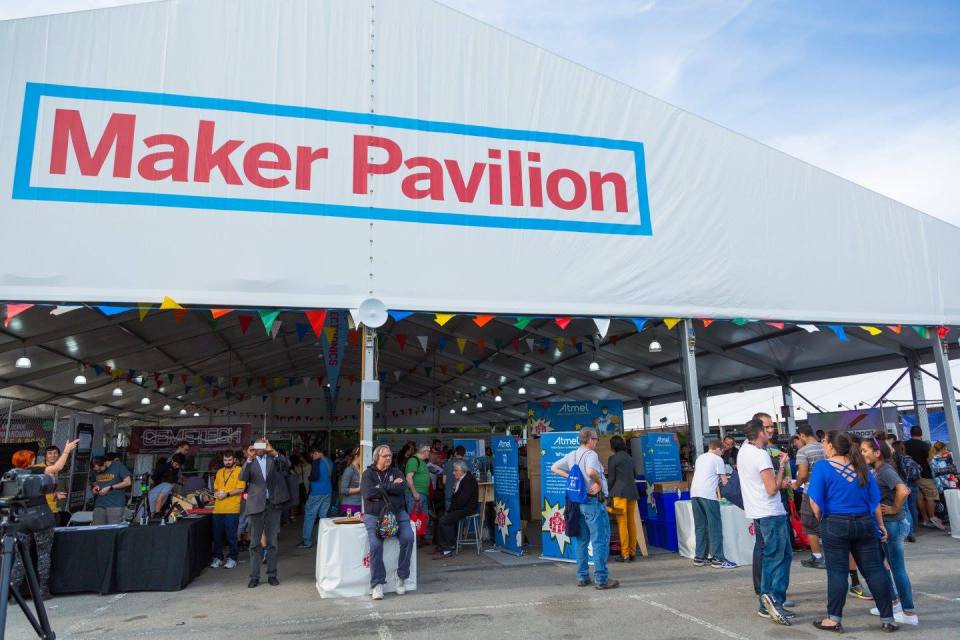