According to HackADay’s Nick Con, the arm itself was built with standard servos and aluminum mounting hardware purchased from eBay.

“He then hooked an HMC5883L magnetometer to the robotic arm, using [Atmel’s] ATmega32U4 microcontroller (MCU) and the LUFA USB library to interface with this sensor since it has a high data rate,” Con explained.

“The results were plotted in MATLAB, a very powerful mathematical based scripting language. The plots almost perfectly match the field patterns learned in introductory classes on magnetism.”

So, what’s up for version two of the magnetometer-equipped robotic arm? Well, Stanley says he has a few tweaks in mind, including:

A British lecturer at the University of Surrey has proposed a “virtual ride to space” using a weather ballon equipped with an Atmel-based, Arduino-powered payload. 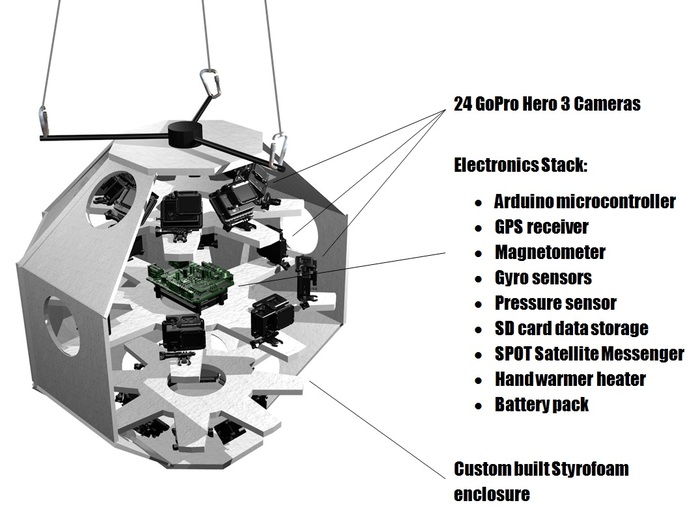 “A weather balloon will carry 24 HD video cameras up to a 20km altitude in order to reconstruct an immersive ride to space,” Aaron Knoll wrote in a recent Kickstarter post.

”For this project the experience is everything, so we’re going with the cutting edge of available technology. The Oculus Rift, developed by Oculus VR, is an unparalleled virtual reality headset, which delivers a high definition wide field of view 3-dimensional virtual environment for the user.”

However, says Knoll, the proposed virtual ride to space should provide a comprehensive experience, rather than just offering amazing visuals.

“A soundtrack feature will overlay music on top of actual audio recorded by the cameras.  Plus, you can incorporate your own MP3 playlist instead of the default audio tracks,” he explained. 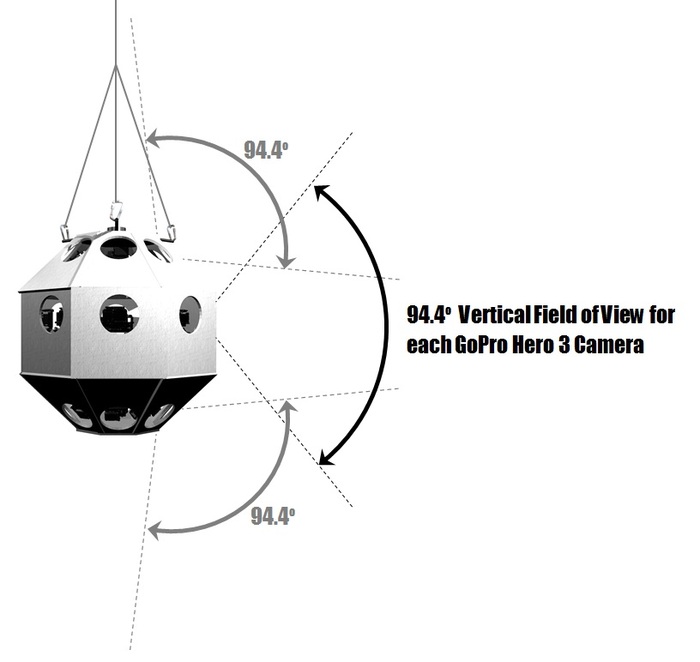 “The software will allow you to slow down, speed up, or even reverse time. All with an immersive panoramic view of the earth as you ascend slowly to space.”

Don’t have an Oculus Rift? No problem, because Knoll is coding two additional iterations of the software to work with smartphones and PCs.

“In order to create this virtual experience, we need to first gather raw video data from the real world. This is where the balloon and payload come into play. The weather balloon is designed to carry the payload and parachute to an altitude of 20km (twice the height of a commercial airplane) and then burst,” Knoll continued. 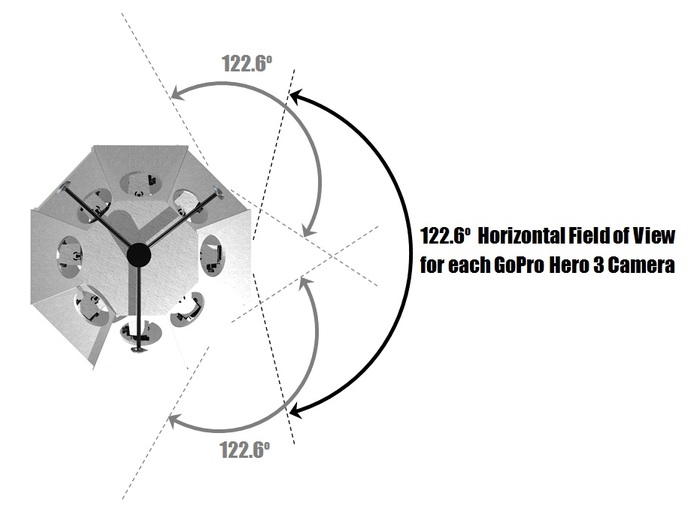 “The device then descends to the ground using the recovery parachute where it can be collected.  All this time, the payload electronics are recording video footage that will be stitched together afterward in order to recreate the ascent as an immersive panoramic environment.”

In addition to shooting raw video footage, the Arduino-powered payload tracks the position and orientation of the balloon, ensuring the raw video is correctly mapped onto the virtual environment. In addition, the payload transmits its position at the end of the mission, allowing the ground crew to locate the ‘chute using a SPOT Satellite Messenger.

Last, but certainly not least, the payload is tasked with keeping everything warm inside the enclosure by using a hand warmer to regulate the frigid temperatures. This allows the electronics to function within optional parameters – despite an average temperature of -55C.

Interested in learning more? You can check out Knoll’s official project page here.