LVL 1 is hoping to become the first drone for everyone.

Several years ago, the mere idea of having a robotic cleaning device make its way around the floors of your home seemed well beyond our time. But since its debut in 2002, Roomba has gone on to sell well over 10 million units worldwide with new and improved functionality introduced with every iteration. Similarly, who would have ever thought of the day where users would replace kites with unmanned aerial vehicles in their backyard? In line with the burgeoning Maker Movement, the market for DIY consumer-grade drones will only, in fact, continue to soar over the next couple of years. 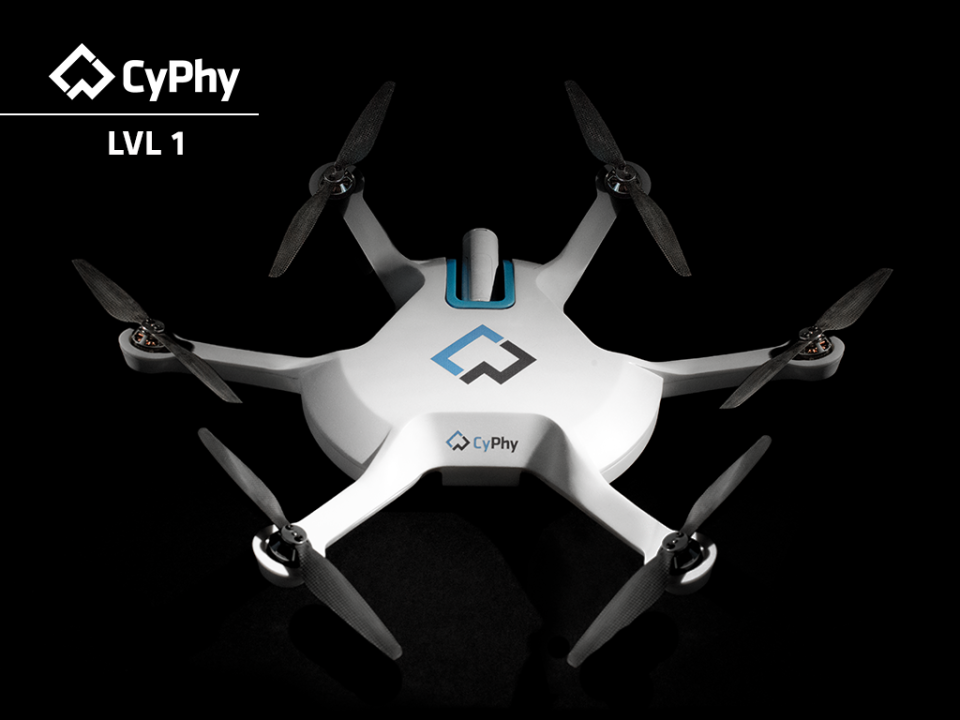 Enter the CyPhy LVL 1, an easy-to-use, affordable drone with aspirations of becoming the first widely accessible UAV for users of all ages and levels. CyPhy Works — who happens to be led by CEO and iRobot co-founder Helen Greienr — is no stranger to aerial vehicles, albeit not for the hobbyist crowd. That was until now.

Recently launched on Kickstarter, the LVL 1 features a smartphone-based, swipe-to-fly remote interface, instant sharing of captured footage to social networks and geofencing. Impressively, the drone can remain in flight for at least 20 minutes on a full charge, all while weighing less than two pounds.

Luckily, the CyPhy Works crew has dreamt of devising a fully-packed aerial vehicle at a price point that consumers — from children to grandparents — could afford. The team explains, “Other drones claim all sorts of impressive capabilities, but typically their most expensive parts like cameras are exposed and flights all too often result in expensive damage.”

Aside from its price tag, its creators also reveal that the LVL 1 will differ from others on the market today thanks to its revolutionary Level-Up technology. This allows the drone to remain stable so that users can capture the perfect photos and videos every time it takes to the sky. By eliminating tilting, users can handle the airborne gadget intuitively, with an unrivaled out-of-the-box experience.

One of its other advantages, Greiner explains, is that the LVL 1 will simplify the flying process through geofencing. In other words, users can define a designated area and minimum/maximum height in which the drone can roam via smartphone with the swipe of a finger. What’s also nice, especially for those prone to crashing their drones, is that LVL 1 is equipped with a protected camera and boasts the ability to share footage in real-time. LVL 1 even features a second downward facing camera.

Other notable components of the drone include a USB 3.1 charger, built-in GPS and onboard image storage. Beyond that, Makers can take comfort in knowing that the open-source LVL 1 can be hacked for specific uses, manually flown by connecting a hobby transmitter and even used to transmit data over Wi-Fi.

Sound like a drone you’d like to have? Hurry over to CyPhy Works’ recently launched Kickstarter campaign, where the team is currently seeking $250,000. Shipment is expected to begin in February 2016.