Lock or unlock your door simply by walking up to it with a phone in your pocket.

Lockitron, one of the first companies to launch a smart home product on Kickstarter way back in 2012, has returned with a new product, Bolt. The sub-$100 connected lock has taken a more user-friendly, less expensive approach to its $300 crowdfunded predecessor. Having ceased delivery of the earlier device, the company will soon ship its original backers the next-gen deadbolt which was designed with eliminating Wi-Fi and improving functionality (better battery life, slimmer form factor and easier installation) in mind. 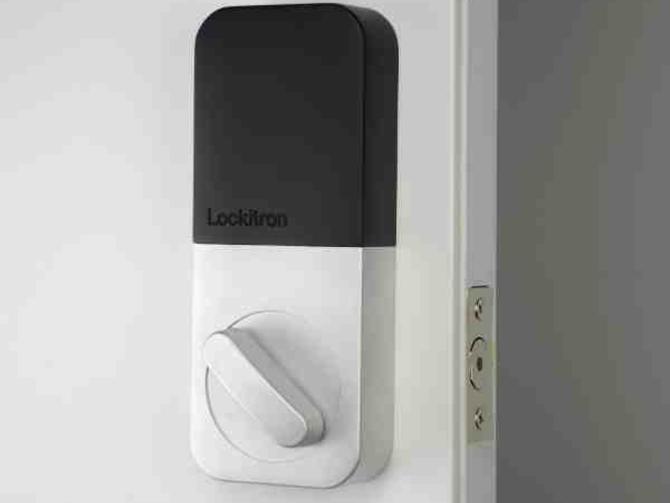 “In the fall of last year, we came to an impasse for the crowdfunded Lockitron. While ramping up production and nearing shipment to our 10,000th backer, we knew that without significant changes to our existing suppliers we could never make our way through the immense backlog at an acceptable speed,” the company shared in its latest blog post.

The team, led by co-founders Cameron Robertson and Paul Gerhardt, have decided to revert to their original concept of replacing the deadbolt altogether, instead of trying to devise an all-in-one, universal gadget that could fit over most locks. “Basically, as long as we could break the setup down into 20 tiny, doable steps, it didn’t really matter that it required removing the old deadbolt,” Robertson told TechCrunch in a recent interview.

Unlike devices which replace only a portion of a lock and require precise calibration and alignment, Bolt works out of the box without any adjustments or adapters. Installation typically only requires changing six screws and about 10 minutes using the included screwdriver. Thanks to what the team calls “Key Match,” the unit can be adapted to work with the most common keyways, ranging from Schlage and Kwikset five and six-pin variants. In other words, in just about all cases, renters can have Bolt keyed to match their existing lock, granting continued access by those with existing metal keys.

The kit is comprised of two components: Bolt and Bridge. The Bolt connects to your smartphone via BLE, allowing you to unlock the door as you approach a house, apartment or rental property using its accompanying mobile app. What this means is that you can access your lock from anywhere, so that you can open the door for guests arriving while you’re still at work or pet-sitters stopping by while you’re on vacation. While Bolt serves as a Bluetooth-enabled replacement lock that instantly shares access to friends and family, Bridge plugs into a wall and connects to the web. This gives users the ability to control their lock, send data and log visitors remotely, as well as send a notification when a child unlocks the door from their phone.

It’s no surprise that the lock’s vibrant community is comprised of Makers, developers and engineers, which have demonstrated a number of innovative ways of opening doors using wearable technology. In fact, some Pebble wearers were able to gain entry with merely a fist bump. The company also reveals that Bolt includes a number of popular features as the originally-crowdfunding, megaAVR based Lockitron. 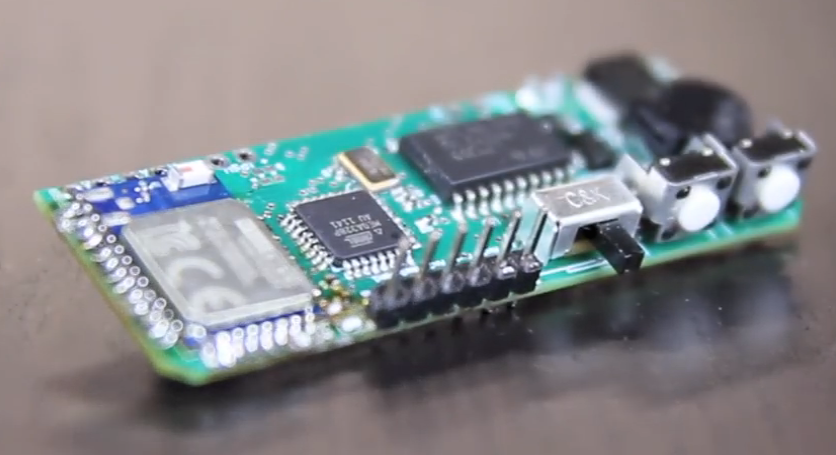 According to its team, the Lockitron Bolt will come in two editions. The preview edition is expected to begin shipping in March, while the production variant of Lockitron Bolt is slated for late spring and will come in varaity of finishes to best match your home’s decor. Interested? Hurry over to  the company’s official page here.