LINKKI lets you design movements whether it be for kinetic prototyping or storytelling.

The brainchild of Eun Young Park as a part of her at Master’s thesis at Aalto University School of Arts, Design and Architecture, LINKKI is a DIY toy kit based on a planar linkage mechanism that enables Makers and designers to prototype their own simple movements, create kinetic storyboards, as well as learn basic STEM principles through hands-on tinkering.

The idea for the DIY kit first came about after having been inspired to extend storytelling media beyond two-dimensional space and into the physical world with interactive components.

“Consisting of a modular box, bars and circles, and active modules, LINKKI simplifies the technical construction toy to such an extent as to look minimal but still retains the versatility of construction blocks as an educational tool and designer’s prototyping tool,” Park explains.

Devised with expandability in mind, LINKKI allows for Makers to add various modules to any project. For example, a signal meter or visualizer can be built on top of the kit, and when coupled with a sensor (like a weather or push sensor), can trigger interesting behaviors. Aside from that, this lets users familiarize themselves with the concept of physical computing and the Internet of Things. 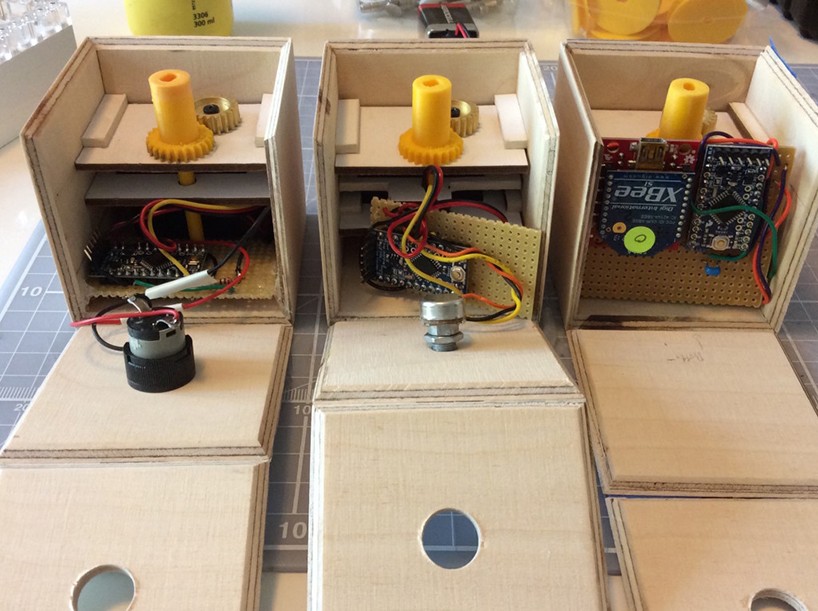 Made from birch plywood, PLA and metal, there are 16 types of bars in four different shapes and two circles. Movement is driven by either a hand crank or one of three types of Arduino-based motor boxes: a full rotation version that spins with a constant speed when a user pushes a button, a limited rotation device that revolves to and fro between the angles set by a knob, and an interactive motor that moves according to the Wi-Fi signal sent from the sensor unit.

Intrigued? See it in action below! You can also read all about Park’s backstory and inspiration for the project here.