According to AdNews, the installation transforms three Toyota Prius cars into “sentient beings” which respond emotionally to human interaction. Indeed, the cars are set to sleep during the day, but as the sun goes down the vehicles come to life and begin interacting with Vivid festival attendees.

“Soap is a collection of people who love to play, make and do,” Brad Eldridge, Soap Creative partner told AdNews.

“We’ve always been fans of Vivid and we’re stoked to be able to contribute a playful, interactive digital experience that brings something new to the festival.”

The Cars That Feel installation is located directly under the south end of the Harbour Bridge from May 23rd to the 9th of June in Sydney, Australia. Festival goers can capture and share their images with the hashtag #carsthatfeel.

The Atmel-powered m!Qbe is an intuitive, interactive platform that allows users to easily control multiple lights. The system comprises a number of components, including the m!Qbe (central) module, m!base, m!charger and WiFi.

The m!Qbe is designed to be used in one room with an m!Base and should, depending on the layout, cover a circle with a diameter of 20 meters.

“Just flip it and switch to the suitable lighting situation for your current activity such as low yellowish light to relax on the couch, bright white light to read the newspaper or different colors for your birthday party,” an m!Qbe rep explained in a recent Indiegogo post. 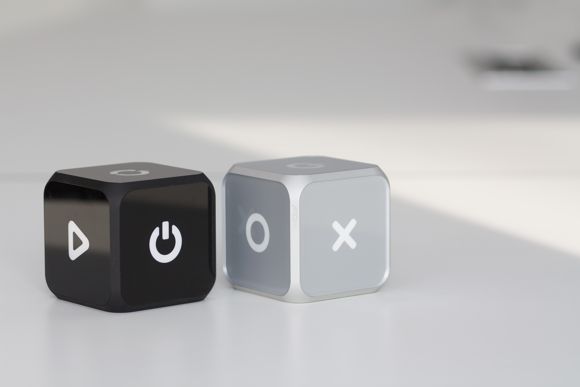 “Use it in everyday life with many more possibilities than a traditional light switch and much faster than manual control on a mobile device.”

Indeed, the m!Qbe’s three faces, or sides, are designed to “memorize” specific settings.

“You predefine them once and recall them whenever you like,” said the rep.

“In addition, you can add a delay on every favorite. So you can go to bed or leave your home in bright light for instance. The m!Qbe [will] automatically turn off all your [lights] after a while.”

As you can see in the video above, the m!Qbe can be rotated to manually change color or brightness, while a brief touch on the icon switches from one light to another, allowing the user to easily select and adjust specific fixtures.

So, how does the platform work?   Essentially, the m!Base component communicates with the m!Qbe and the network of lights.

“It converts the detected motion into lighting situations and provides access to the settings of the m!Qbe,” the rep continued. 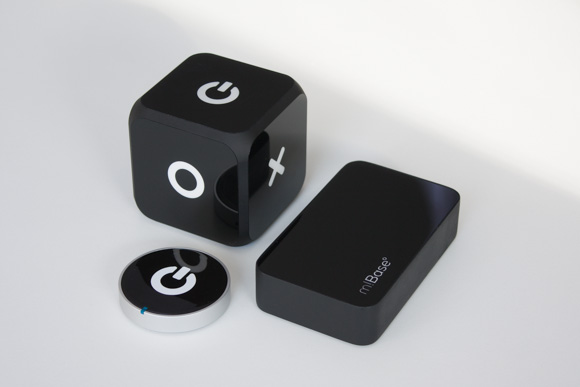 “The installation of the m!Base is a plug and play solution. In its standard configuration you connect the m!Base with a cable to your network. If you want to connect it wirelessly, please order the WiFi option.”

As noted above, the m!Qbe is built around an Atmel 8-bit microcontroller (MCU), which uses data generated from a three-axis acceleration sensor and a three-axis gyro sensor to precisely calculate motion.

“Additionally on each of the two manual faces, a capacitive touch sensor is integrated and allows to detect touch actions of different lengths. In the m!Base a Linux system transfers the commands received via bluetooth from the m!Qbe to commands for every single lamp in the network,” the rep added. 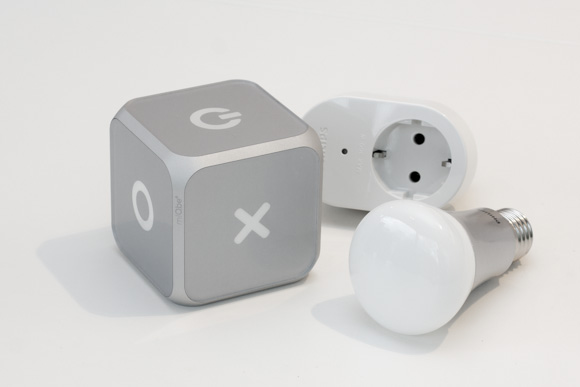 “For the configuration of this transfer and to read out statistical information a web interface is implemented. If you want to extend the functions of the m!Qbe the easiest way is to modify the software of the m!Base.” 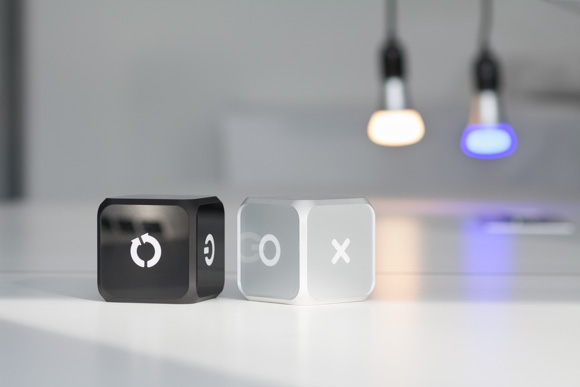 Last, but certainly not least, m!Qbe supports the Philips Hue system that includes not only the connected bulbs but also Friends of Hue such as LightStrips and LivingColors Bloom, along with dimming plugs for more traditional lamps. 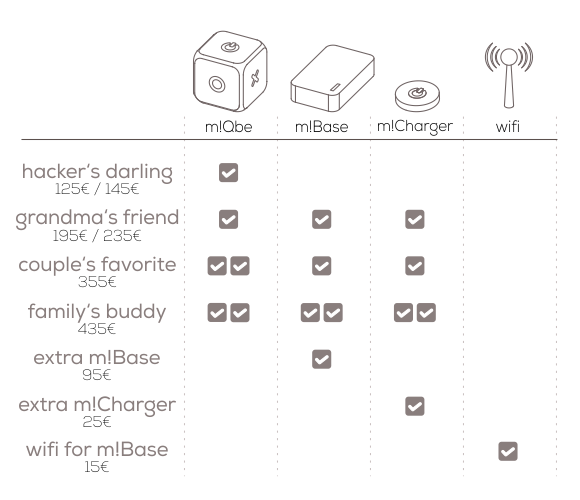 Interested in learning more? You can check out the official m!Qbe page on Indiegogo here.

A graphic designer and Maker by the name of Johannes Hoffman recently created an interactive Twitter clock aptly dubbed “Tweety.”

So, how does the clock work?

Well, according to Hoffmann, the Atmel-based Arduino Uno is tasked with checking if there are new tweets from a specific Twitter account.

“If so, the ‘bird servo’ starts to rotate and the bird-door opens,” Hoffman explained in a recent blog post. “Then the two ‘sound servos’ brings the Cuckoo Clock flutes to sing and the bird nod with his head. Simultaneously, the [thermal] printer prints all new tweets.”

It should be noted that Tweety was recently featured on the official Arduino blog. Interested in learning more about the interactive Twitter clock? You can check out Tweety’s project page here and the relevant Arduino code here.

A Maker by the name of Antonella Nonnis has created a unique interactive electronic book powered by two Arduino boards. The book, titled “Music, Math, Art and Science,” was inspired by the work of Munari, Montessori and Antonella’s very own mother.

“The book contains movable parts and uses the electrical capacitance of the human body to activate sounds and lights and other sensors like a button for the math page,” Nonnis explained in a recent blog post.

“The pages [were designed] using recycled materials that I collected during years in London (paper, fabrics, LEDs, resistors, wires, foil paper, glue, cardboards). It [is] powered by two Arduino Diecimilas (Atmel ATmega168): one controls the paper pop-up piano and the other controls the arts and science page. [Meanwhile], the math [section] runs autonomously with 2 3V cell batteries.”

The two Arduinos can be powered with 2 9V batteries, although Nonnis says they are more stable if run off a USB via a PC.

The above-mentioned book was given by Antonella as a birthday present to her 6-year-old niece Matilde. Additional information about the DIY pop-up can be found here on the official page of Antonella Nonnis.