Atmel is collaborating with HiTex and Pervasive Displays to release software libraries including the IEC 60730 Class B safety standard and e-paper drivers.

Atmel has just unveiled additional ease-of-use capabilities for the ultra-low power Atmel | SMART ARM Cortex-M0+ based MCUs for household appliances, industrial and human interface device applications. In an effort to continue delivering rich features to its growing portfolio, Atmel is collaborating with HiTex and Pervasive Displays to release software libraries including the IEC 60730 Class B safety standard and e-paper drivers, respectively, to support Atmel | SMART MCUs. 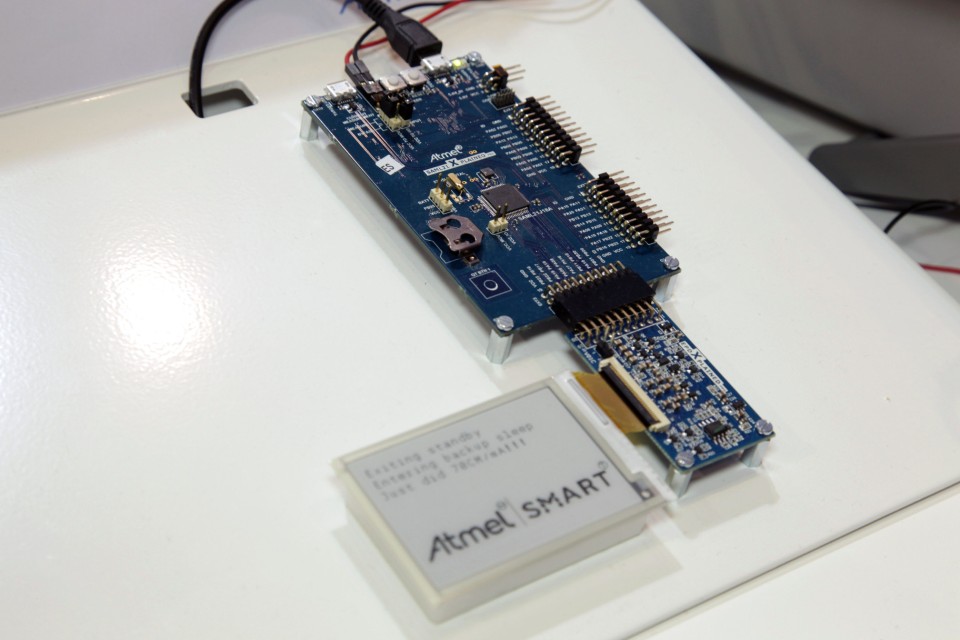 The Cortex-M0+ based family featuring a peripheral touch controller is currently designed into a wide variety of applications in tier 1 white goods manufacturer, and is ideal for a number of household appliances for touch-enabled button, wheel and slider capabilities. As a safety requirement for household appliances, the IEC 60730 safely standard—a requirement in Europe since 2007—was recently mandated in the US. Hitex has developed an IEC 60730 Class B library for Atmel | SMART MCUs. The library comes with excellent documentation, a formal certificate from VDE and can be downloaded from the Hitex website.

“Safety and time-to-market are two critical elements for appliance developers,” explains Andreas Eieland, Atmel Director of MCU Marketing. “The implementation of capacitive touch sensing for the user interface and MCUs in next-generation appliances, along with the availability of VDE certified Class B software libraries, allows manufacturers to get their products quickly to market with all the safely requirements.”

With power consumption being a primary driver for battery-powered retail and commercial markets, manufacturers are turning to e-paper for displaying pricing and information for their products. When paired with an ultra-low-power Atmel | SMART MCU and wireless transceiver, e-paper is the perfect interface for IoT apps running on coin cells or energy harvesting. To enable manufacturers to easily implement e-paper displays, Pervasive Displays has developed e-paper software drivers to support the Atmel | SMART SAM D and SAM L product families.

“Manufacturers of next generation battery-powered application are demanding lower power consumption and improved performance. E-paper addresses those needs with the lowest power display in the industry,” adds Charming Su, Pervasive Displays Technical Director. “With the combination of the Atmel | SMART MCUs and our free software drivers, e-paper manufacturers can be confident that their implementation is straight forward and power efficient. Our collaboration with Atmel enables manufacturers to deliver ultra-low power, next-generation e-paper displays.”