Just in time for the holiday season, Jonathan Zufi’s coffee table book entitled “ICONIC: A Photographic Tribute to Apple Innovation” recounts the past 30 years of Apple design, exploring some of the most visually appealing and significant products ever created by the Cupertino-based company. The book — which features a number of new photos paying special attention to original prototypes — dons an updated look and comes in a few special editions.

Most notably, the Ultimate Edition includes a special white clamshell case along with a custom PCB designed to pulse embedded LEDs like that of a sleeping older generation Apple notebook when moved. 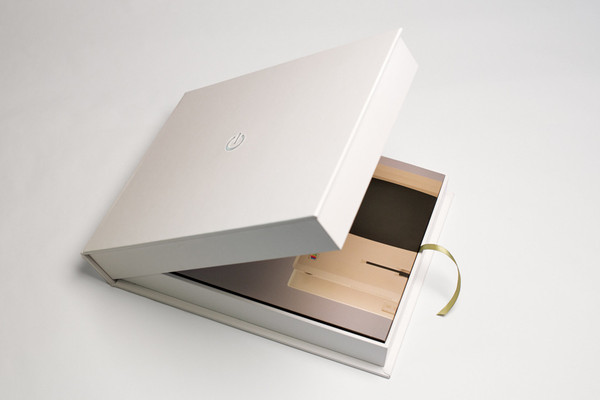 “The board and clamshell were designed to make removal of the board easy for the purpose of enabling and replacing the battery. The battery is a standard watch cell CR2032. Based on our calculations, the LED should pulse approximately 9,000 times during the life of an average CR2032. Since the LED pulses three times on each movement cycle, that means that it unless you plan on picking up the book more than 3000 times, the battery should last a long time. But because it’s so cool, we think that you might actually reach that number — so we made it very easy to swap out the battery.”

An ideal gift for any Apple buff, those interested in learning more or buying the AVR powered book for a loved one can do so here.