“Atmel has typically focused on the microcontrollers and components inside many consumer devices, a role that puts them squarely in CES territory,” Senese explains.

“They also provide the processor inside most Arduino boards, connecting them closely with the world of making.”

As Senese notes, Atmel MCU Applications Manager Bob Martin is one of the architects of the company’s CES 2014 MakerSpace, which is tastefully decorated with brown pegboard and well-stocked with a plethora of hand tools.

“With a variety of various Arduino-compatible boards, including the environmental sensing Smart Citizen, as well as various build projects like Martin’s obstacle-avoiding Hexbug hack, the area highlights how attractive making has become as a consumer endeavor,” Senese adds. 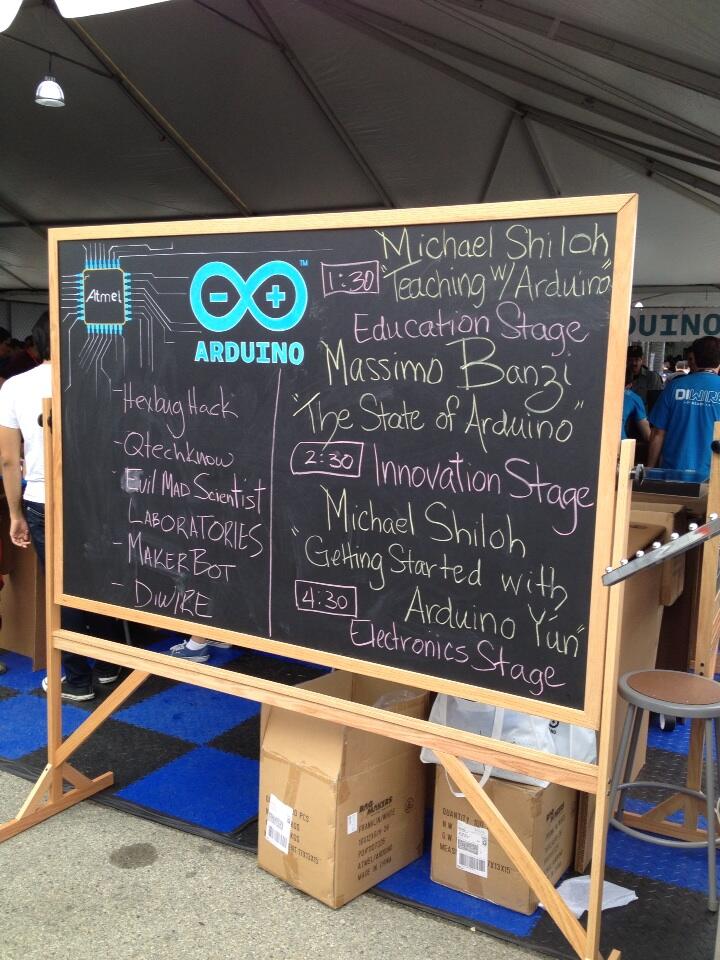 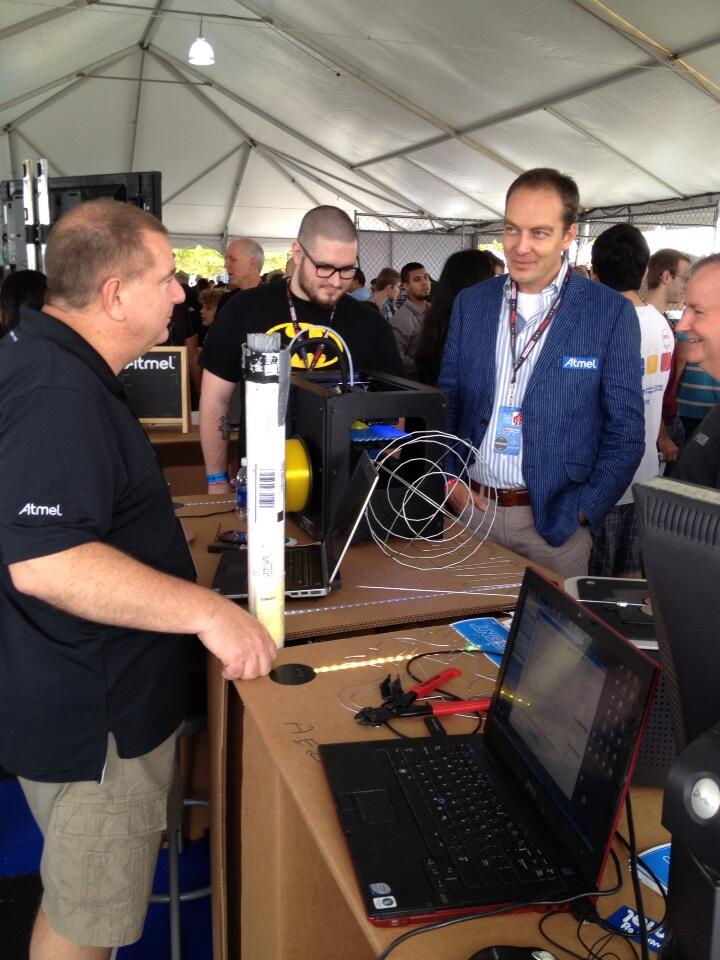 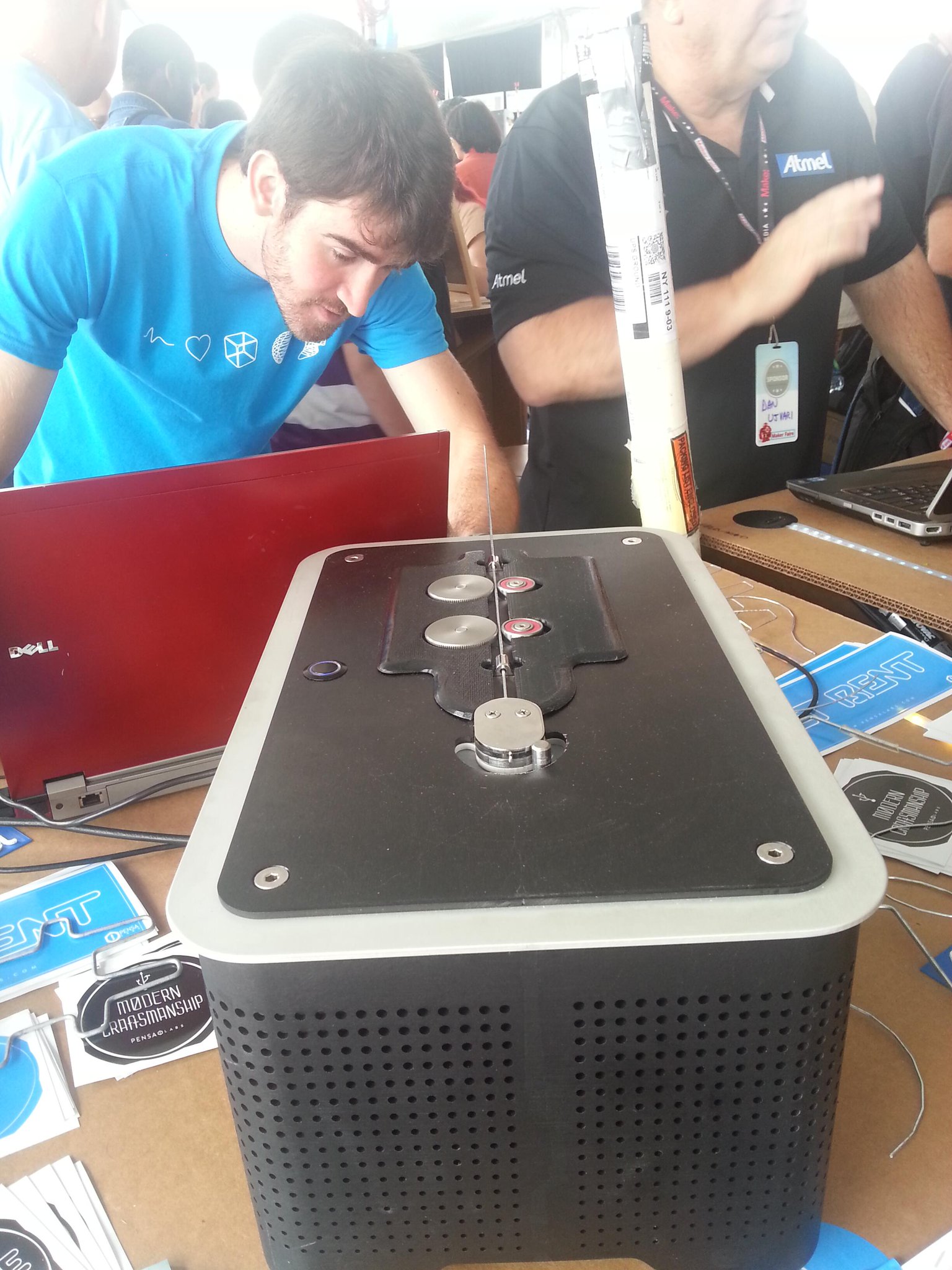 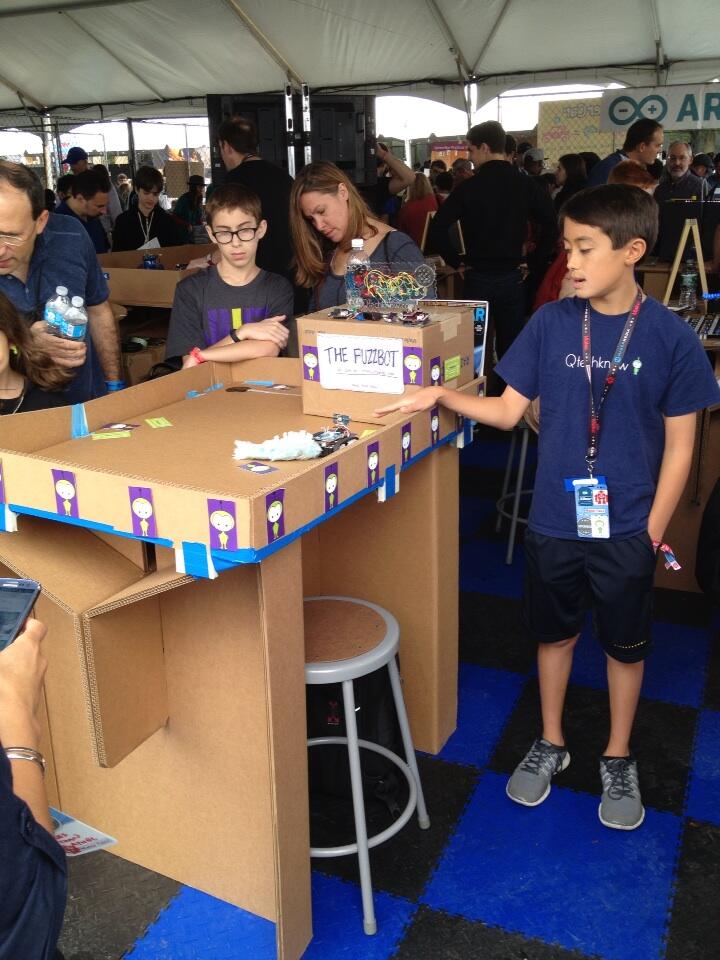 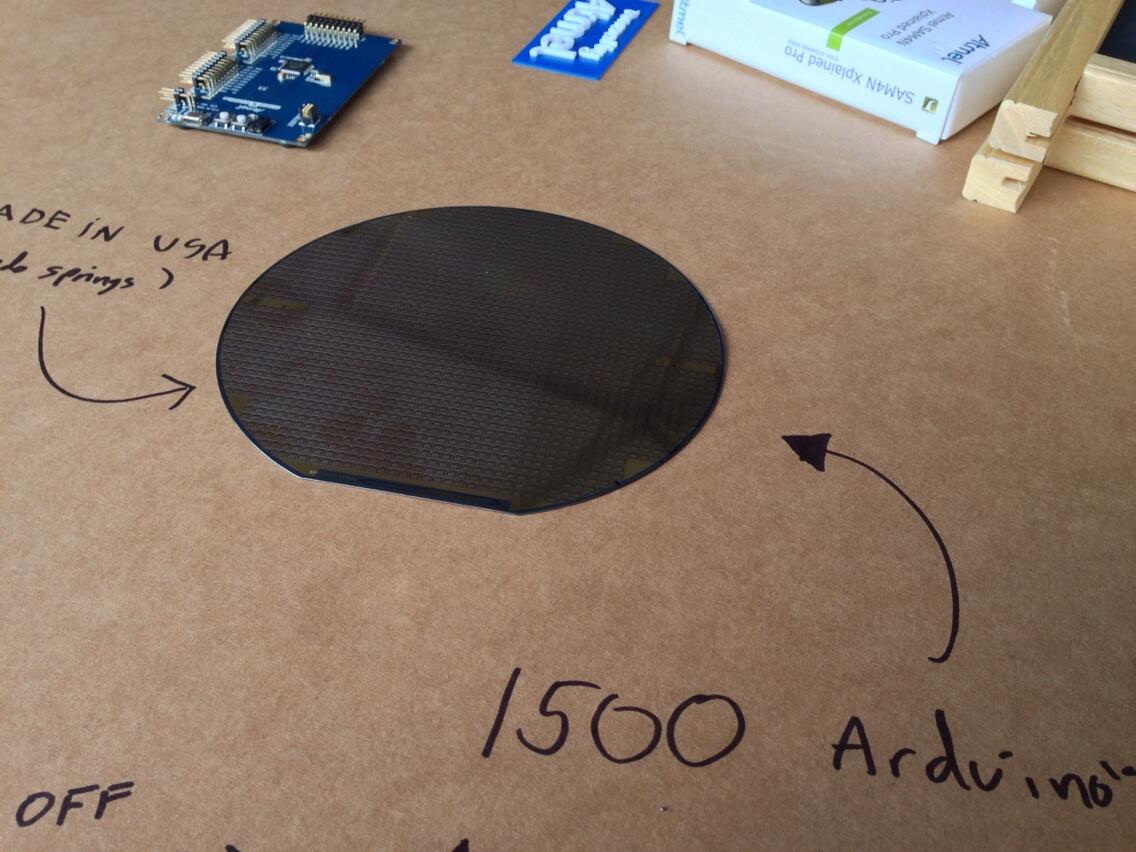 Belkacem says he focused on producing acrylate resins, which he prefers due to its polymerization characteristics (curing-speed), mechanical properties (tough and flexible) and post-processing ease (iso-propanol cleaning and short UV post-curing).

“For this, it is important that the spectral emission profiles of the UV-Visible light curing unit match with the absorption characteristics of the photoinitiator. We will adapt the photoinitiator to the wavelength emitted by UV light source of all 3D-printers on the market using Laser & DLP systems,” he continued.

“Our resins will have an optimal deep penetration with the lowest energy to avoid the stress polymerization and reduce the shrinkage of the parts. From my experience in the 3D printing field, it seems that a good viscosity is less than 700 cPs to avoid losses and problems processing. Therefore, I plan to start with a low viscosity resins around 400 cPs.”

Interested in learning more? Belkacem’s next-gen resin project is on Indiegogo where he is seeking crowd-sourced funds to complete the initiative.

As we’ve previously discussed on Bits & Pieces, the DIY Maker Movement has used Atmel-powered 3D printers like MakerBot and RepRap for some time now. However, 3D printing recently entered a new and exciting stage in a number of spaces including the medical sphere, architectural arena, science lab and even on the battlefield.

Be sure to join us at the 2013 World Maker Faire in NYC, where Makerbot’s 3D printers will be showcased in Atmel’s official booth along the Arduino pavilion. Additional demos and exhibits in the Atmel booth include Hexbug, Pensa (DIWire), Infinity Aersospace (Ardu Lab), Fuzzbot, Evil Mad Scientist and Colorado Micro Devices.

At Atmel, we’ve known for a while now that embedded computing is the future, but it’s nice to see the mainstream media catching on!

ABC recently made it down to Maker Faire in San Mateo, where the crew spent a significant amount of time hanging out at the Atmel booth, talking Internet of Things and, of course, Arduino.

The ABC video even features our very own engineering rockstar, Bob Martin, who spent most of Maker Faire Hexbug hacking.

“There are billions of these parts out there now, it’s in everything,” said Martin.

CEO of Faraday Bicycles, Adam Vollmer also got some ABC airtime to explain the power behind the peddles.

“We got an ambient light sensor that looks at how bright it is, and turns the light on automatically, we’re going to have bluetooth, so it will talk to your phone, it will track where your bike is, how far you’ve ridden, you can adjust the pedal assist,” he explained.

ABC even managed to catch up with Arduino Co-Founder, Massimo Banzi to get his opinion on the open source board revolution.

“I see all this amazing stuff that people are doing, and I am constantly still finding moments where I go, wow,” Banzi said.

You can see more of ABC’s Maker Faire coverage here.