The open source platform, created by the Ynvisible crew, made its official Kickstarter debut last week and has already been covered by a number of prominent publications, including EDN, Gigaom and Quartz.

“A spin-out from YDreams, Ynvisible was founded in 2010 with the goal to bring more interactivity to everyday objects and surfaces, mostly through the use of flexible and printed electronics including the company’s fully transparent electrochromic display. The paper-thin display, which only becomes visible when activated can easily be integrated with different background graphics,” writes EDN’s Julien Happich.

As Gigaom’s Signe Brewster notes, printed circuits are currently being considered for everything from shipping labels to tiny spacecraft NASA might send to Mars. 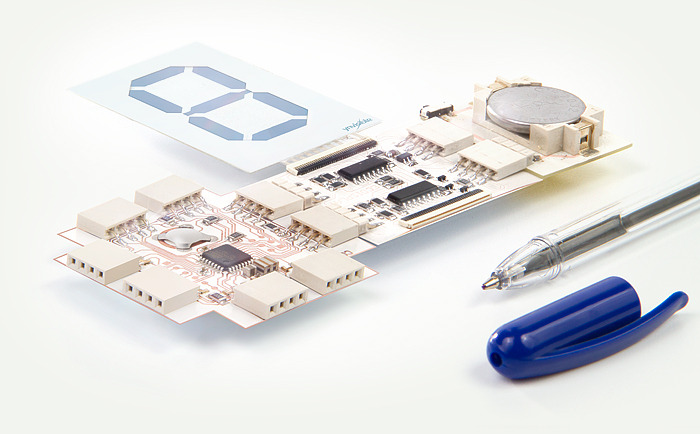 “The modules are small enough to slip into a 3D printed object, opening up ways to easily create robots and other moving or connected devices. They could also be worn as a bracelet or sewn into clothes.”

Meanwhile, Lio Mirani of Quartz points out that bendable electronics could be the future of the rapidly evolving Internet of Things (IoT).

“When the first Harry Potter movie came out in 2001 the idea of the Daily Prophet, a newspaper that contains moving pictures, qualified as magic. A Kickstarter campaign by Ynvisible, a Lisbon-based technology firm, is bringing that magic to life with its displays, held together with paper-thin circuitry,” writes Mirani. 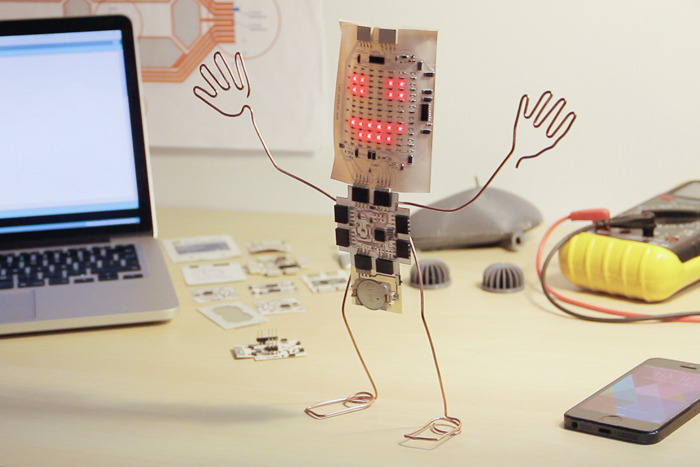 “Ynvisible’s ‘vision’ is to ‘bring everyday objects to life.’ For that to happen, it isn’t just processing power that needs to get cheaper and smaller, which it has, but the input and output mechanisms also need to be smaller and easily adaptable. Ynvisible is betting there is a broad market for such technology. The roaring success of its Kickstarter campaign is an early validation of that belief.”

Indeed, Ynvisible has already raised close to $36,000 – with support from almost 300 backers. Interested in learning more? You can check out the project’s official Kickstarter page here.