Atmel Sr. Product Marketing Manager Andreas Eieland (@AndreasMCUguy) recently sat down with Graham Pitcher of NewElectronics to discuss the Internet of Things (IoT). As Pitcher notes, the IoT is exerting a major influence on the evolution of microcontroller (MCU) technology in 2014 and beyond.

“In broad terms, the IoT comprises three elements: edge devices, which often perform one dedicated function; hubs or fusion devices, which integrate data from edge devices; and larger processing elements,” said Pitcher.   ”It’s the first two categories which are currently focusing the minds of MCU developers. The reason? The IoT demands two things above all others – minimal power consumption and the lowest possible cost.”

“Being able to have the right features at the right power consumption will be critical,” he said. “Edge devices will need to run from harvested energy or for their full lifetime from a single battery.”

According to Eieland, MCUs will ultimately have to consume less than 1µA and less than 200nA in deep sleep. 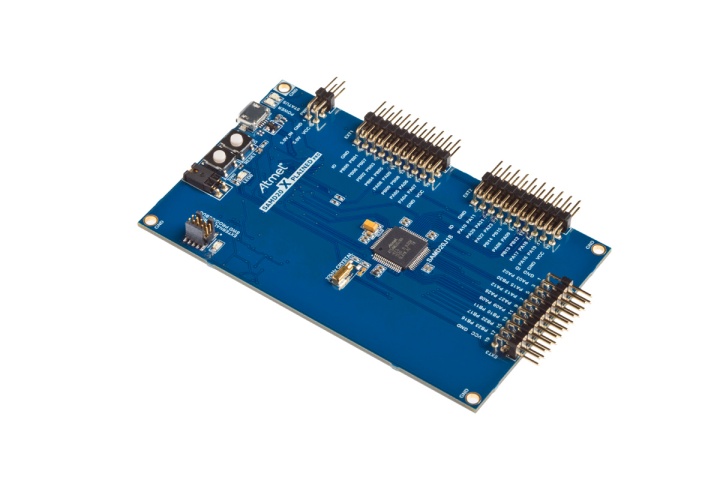 “Atmel makes 8051 based MCUs, but if you want to connect to ZigBee, for example, our AVR cores are a better choice,” he explained. “But we also have a Cortex-M0+ part that competes in that sector.”

In terms of specific product examples, Eieland highlighted Atmel’s close collaboration with Bosch Sensortec on the development of the BNO055.

“There are six dice in the package, including a SAM D20 MCU,” Eieland confirmed.

“It’s a good example of how we are working with sensor manufacturers to get the most size efficient solutions possible.”

“We don’t think we want to go to 55nm because leakage at that node will be significant. Processes in the range from 100nm to 150nm may well be suitable, with one more product generation needed to evolve the low power aspects,” he concluded.