So after seeing Atmel in the parking lot, and a hexapod 3-D printer, a Geiger counter and a bike lite powered by Atmel, I looked at some of the fine-art installations over in the corner of the pavilion. There I spotted Ghostmatrix, a robot that dragged flashing optical pipes over glow-in-the-dark plastic to make a spooky ephemeral message.

The Ghostmatrix at Maker Faire 2013 had a smaller platen to better install on the wall. Turns out Ghostmatrix is by Jonathan Foote, a well known Maker from San Francisco. My friend Windell, a co-founder of Evil Mad Science, had introduced me to Jonathan earlier in the day, but I never made the connection, simply because Jonathan is not the kind of fellow to brag about his installation. 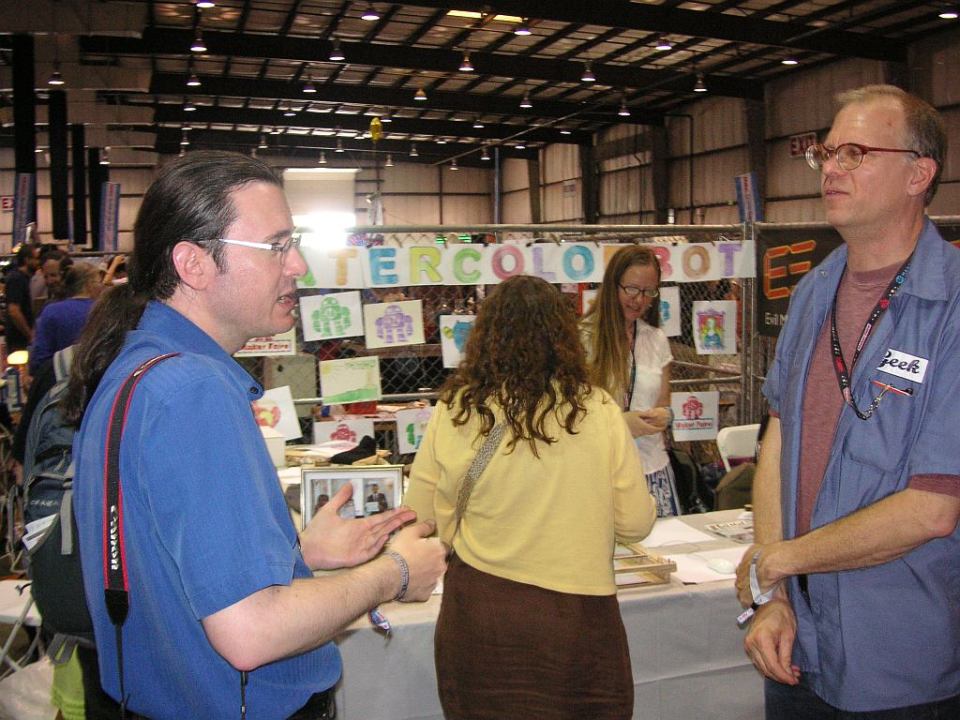 I poked around the internet and was delighted to see that Ghostmatrix is based on the AdaFruit MiniPOV (persistence of vision) kit which uses the Atmel ATtiny2313V-10PU microcontroller.  And I was also happy to see Windell’s pal Super Awesome Sylvia has built the basic miniPOV kit. If a 12-year-old can build it and get it working, you can build it and get it working. If anything, write Sylvia and ask for help.

And here is another art installation that just tickled me. It’s basically an endless loop of 16mm film that displays specific frames in the holes in the wooden strip on the front. I guess you can use it to come up with your lotto numbers, as it’s called Your Lucky Numbers by Christopher Palmer.