Way back in 2011, the original Gameduino hit the streets, bringing vintage gaming to the Atmel-powered Arduino. Fast forward to 2013, and Gameduino is back with a second-gen model, courtesy of James Bowman and Kickstarter.

According to Bowman, the Gameduino 2 boasts touch control, a three-axis accelerometer, microSD storage for game assets, headphone audio output and all-new graphics on a bright 4.3 inch screen – all driven by an OpenGL-style command FT800 engine “vastly more capable” than its predecessor.

“It can load JPEGs, supports alpha transparency, and has a full 32-bit color pipeline,” said Bowman. “Gameduino 2 is designed, tested, documented and the prototype is built. The videos were all taken from the real hardware – everything you see is running on an Arduino with the prototype.” 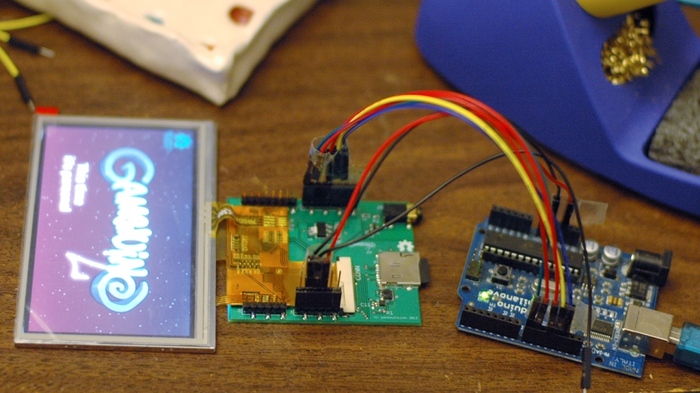 Interested in learning more? Be sure to check out the official Gameduino 2 project page on Kickstarter.