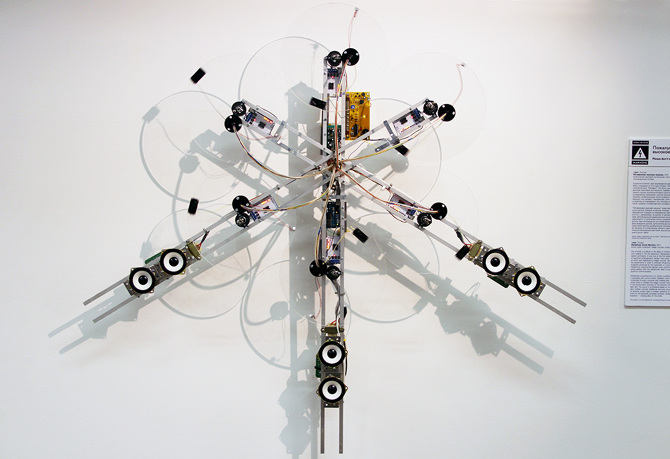 According to Morozov, the Metaphase Sound Machine was designed to pay tribute to the original ideas of American physicist Nick Herbert who in the 1970s developed both the Metaphase Typewriter and Quantum Metaphone.

The artwork is comprised of six rotating acrylic discs, each equipped with spinning speakers and microphones. The microphones are connected via computer and the rotary axis to the speakers on the discs. In addition, the installation features an [Atmel based] Arduino unit and a Geiger-Mueller counter responsible for detecting the ionizing radiation in the surrounding area. The synchronizing phases of the spinning hardware produces feedback, generating sound when the rotational phases are in sync. These sounds are then processed through digital signal processors, which results in the variations experienced by the viewer. 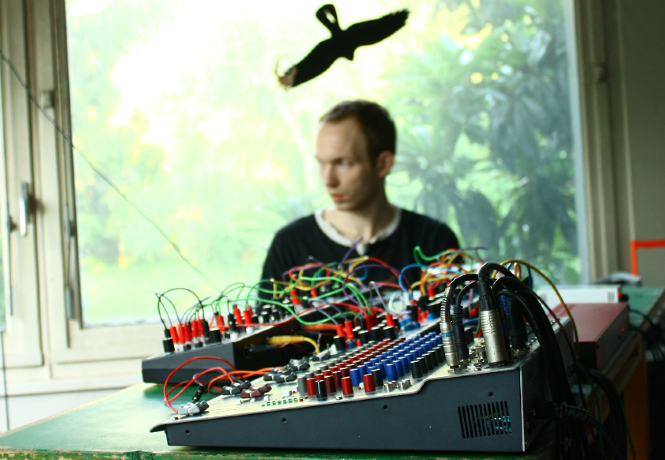 “Feedback whistles are used as triggers for more complex sound synthesis. Additional harmonic signal processing, as well as the volatility of the dynamic system, lead to the endless variations of sound. The form of the object refers to the generally accepted symbolic notation of quantum entanglement as a biphoton — crossing discs of the orbits,” Morozov writes.

See the exhibit in action below! Interested in learning more? Head over to the artist’s official page, as well as browse through a collection of his latest work here.