You pick the color, ClockFOUR Chronogram tells you the time.

You’re probably pretty familiar with clocks —chances are you’ve been reading the time since you were young. But what if you were to actually read the hours and minutes in words, not numbers? 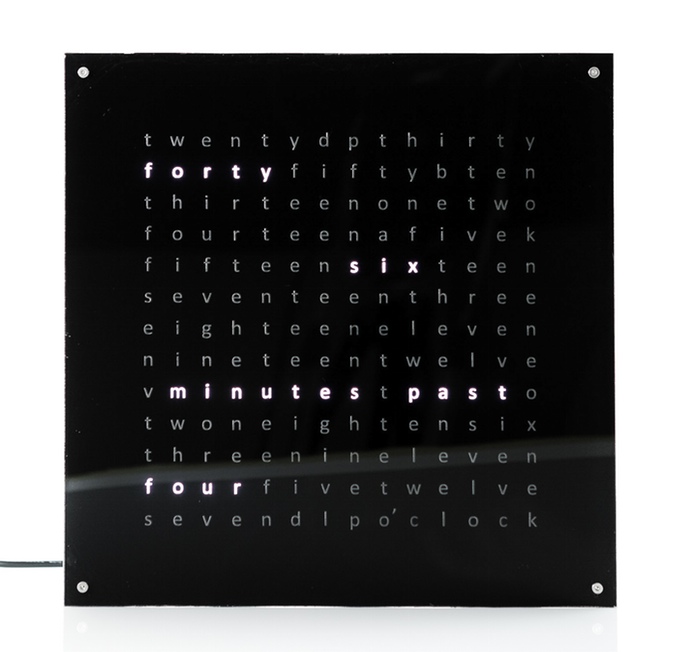 Introducing the ClockFOUR Chronogram, a stylish timepiece with 182 individually addressable, full color pixels that are arranged in a unique 14×13 word clock matrix. The device has two buttons — one for the color, the other for selecting the mode. There’s also a reset button on its back, should that be necessary. A light sensor adjusts the clock’s brightness, and the display is powered through a standard wall plug. However, a battery backup logs in the time when the clock is moved or if there’s ever an outage. 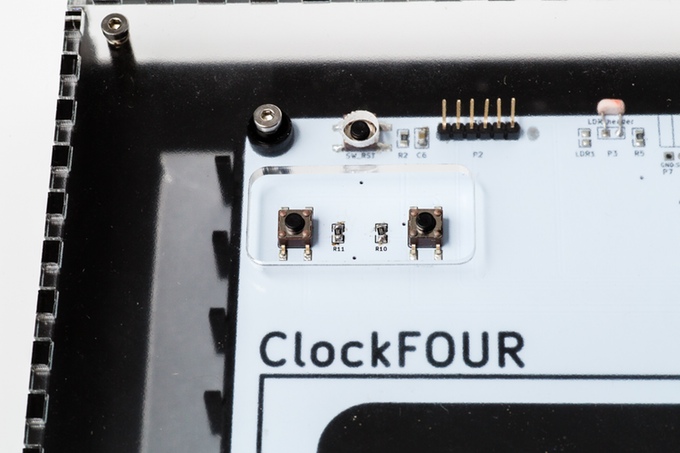 The first thing you’ll notice about ClockFOUR is that it’s very bright. The gadget uses a new kind of individually addressable LED technology, allowing each pixel to be up to 10 times more lit-up than its predecessor, the ClockTHREE. The clock comes with a color match feature that gives you the freedom to set it to any hue. Simply hold down the color button, wait until the desired tone is displayed on the screen and let go — easy as that! There’s a few fun effects as well, which include a slow fade and a party mode that randomly cycles through the spectrum. And what’s more, the device is completely hackable thanks to its Arduino-compatible software and Python code that enables you to personalize the faceplate and backplate to your liking. 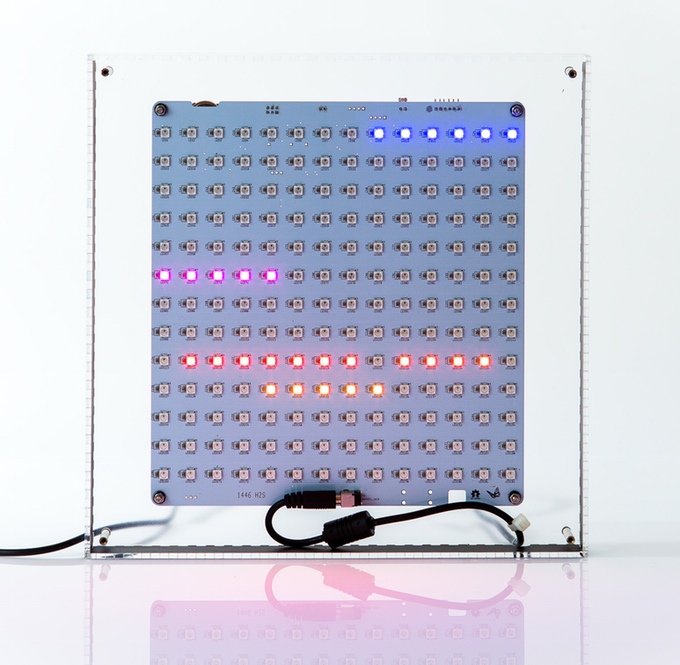 The brainchild of WyoLum’s Justin Shaw, this isn’t his first rodeo with the clock. Back in 2014, he developed his first prototype using PGB pixel strips attached to a basic IKEA frame, an Arduino Mini (ATmega328), and an RTC module. The second iteration was achieved with a WyoLum TiM board built inside an A4 picture frame, while his third take employed a custom all-in-one board designed in partnership with Seeed Studio.

“If Arduino can do it, there is no easier way,” Shaw explains in his bio. After experimenting briefly with the Basic Stamp and PIC mircocontrollers, he came across the Arduino platform and has never looked back.

Want one of your own? The time is now! Measuring just 28cm x 28cm x 3cm in size, it’ll be a welcomed accessory to any nightstand. Hurry over to ClockFOUR Chronogram’s Kickstarter page, where Shaw and the WyoLum team have surpassed their $5,000 goal. Estimated delivery is January 2016.