Hate shoveling snow and raking leaves? Let the Freebird Flight One do it for you instead.

We’ve all seen and heard of drones crashing into water, trees, people and more recently, the Empire State Building. If you’re spending hundreds and thousands of dollars on a drone, you would expect it to be worth your while but the viral videos show us otherwise. One drone that you’re unlikely to see as the subject of these crash compilation videos is the Freebird One — a completely 3D-printed quadcopter with advanced safety unlike any other UAV on the market. 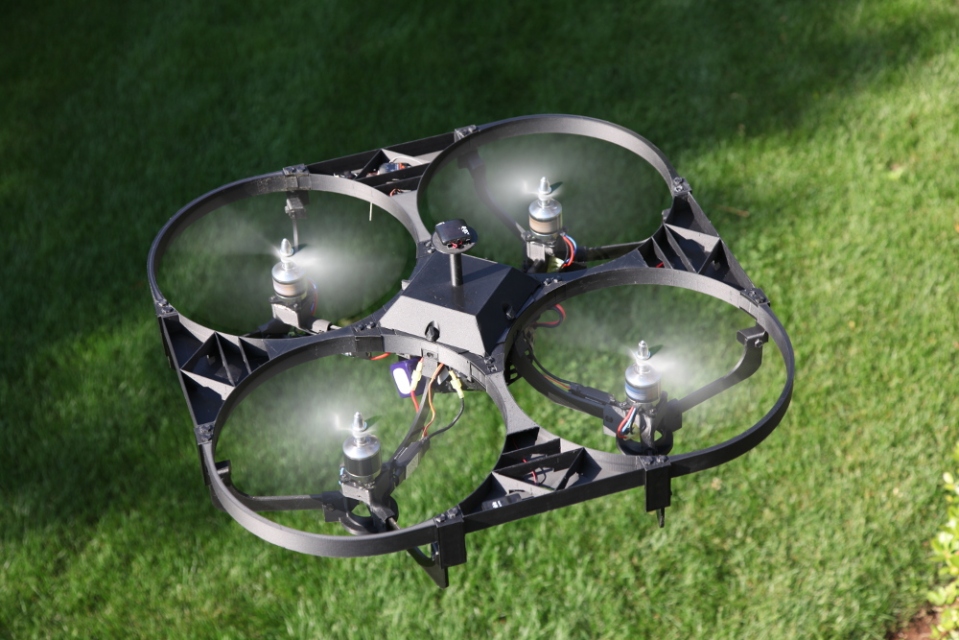 Maker Roger Freeman, who like many first time drone owners, experienced the early demise of his new toy. Instead of buying a new part for his broken drone, Freeman tapped into his tinkering talents and 3D-printed a replacement part. Similar many Maker stories, Freeman thought to make something that already exists even better with more functions, stability, strength and safety. And so the Freebird Flight was conceived.

Freebird is being touted as the first fully 3D-printed, large-format carbon fiber UAV that is commercially available and consumer-friendly. Freebird has a unique patent-pending SurroundFrame that encloses the rotors and distributes the vehicles weight evenly to increase efficiency and safety. Its motor mounts also act as sturdy landing pads, allowing it to have extended flight time and absorb hard landings without the cost of damaging gear. The shield is weatherproof, protecting the motors from rain, snow and wind.

In addition to its thoughtful airframe design, safe operating practices were prioritized in the creation of Freebird. It has a virtual fence with a programmable radius and altitude limit to prevent runaway UAVs if the fence is breached. Plus, Freebird is configured to return to home base when it reaches low battery and loses signal from the controller/PC/phone/tablet. There is also a pause button to steady the vehicle while in the air.

If that doesn’t entice you yet, maybe this will. Freebird has capabilities beyond aerial video and photography. Airflow from its four motors runs as high as nine horsepower, turning it into an airborne leaf and snow blower. Freebird can clear a sizeable yard of leaves in a 25-30 minute run on a single battery. When it’s not doing yard work, its ample flat mounting space can attach additional electronic devices. Freeman is also developing a line of attachments to make Freebird more versatile in its applications.

At three feet in diameter, Freebird has a 20-pound payload capacity and can fly up to 70 miles per hour in horizontal speed and 3,000 feet per minute in max vertical speed. It has a 15-mile range with a GPS compass to prevent unexpected crashing.

Freebird boasts that it arms you with the best, and expanding, toolset to protect your investment and people and property around you. Ready for a failsafe drone? Check out the Freebird Flight website for more information.