A holocron, short for holographic chronicle, is defined by Wookiepedia as an organic crystal-lattice device used to store large quantities of data guarded by the device’s gatekeeper.  In the Star Wars Universe, holocrons typically stored information on Force techniques, beginning with the Sith and the Jedi approximately three thousand years later.

Up until now, most of us Star Wars fans could only stare wistfully at the holocron rendered on our HDTV screens. Fortunately, NoMuse – aka The Starving Theater Artist – has meticulously created an AVR-powered holocron Instructables thumb drive replica for the masses.

NoMuse kicks off the project by building a shell consisting of 6 pieces of laser-cut acrylic which, in the original kit, are identical in size.

“If you are making your own, you make them in three different sizes — which makes assembly much simpler. I chose to create the ‘overlap’ on this build by gluing little strips of 1/8″ acrylic rod to selected edges,” he explained.

“Since lasers don’t cut at pure right angles (the cut opens up towards the bottom), [this] meant I had to sand the pieces flat again after gluing. And then sand the whole assembly for quite some time after the box was built. Following gluing, and flat-sanding to as clean as possible, prime it, then address remaining seams and divots with Bondo Spot Putty. Sand again, prime again.”

Next, NoMuse painted the shell, fitted it with translucent plastic, laminated the diffused panels with cut-out patterns and engraved his creation. He then chopped up a USB cable, pried the housing off a thumb drive (the wires from the cut-off end of the USB cable were soldered directly to the exposed pins of the thumb drive), fitted the LED lights, inserted a LiPo battery, swapped in a tilt switch and installed Atmel’s ATtiny85 MCU in a specially designed 8-pin DIP socket.

“The AVR chips can do capacitance sensing natively. Atmel even has a free library. But you can also do it through the Arduino IDE, using the capsense library from the Arduino Playground,” said NoMuse.

“The way the library works, the ‘send’ pin is used to trickle a charge to the receive pin through a large resistor. The time it takes that pin to reach threshold is dependent on the RC value; hence, adding the capacitance of a human body changes it. With a resistor of 1 meg, actual touch is required. With ten meg ohms, you can trigger from a few inches away, and with more than that, you can push it out to a foot or more… This also increases the sense time, [so] to keep the rest of the circuit running smoothly I found it was better to stay with a mid-range value.”

Interested in learning more? You can check out the the holocron’s official Instructables page here.

EasyPlug — designed by InXus Interactive — is a versatile sensor shield for Arduino boards. According to a company rep, the EasyPlug allows Makers to connect a plethora of sensors to their board in just seconds.

“All of our sensors are designed to be easy to use, right out of the box. Plug in a cable (provided) and the sensor is ready to go,” InXus rep Jordan Linford explained in a recent Kickstarter post. 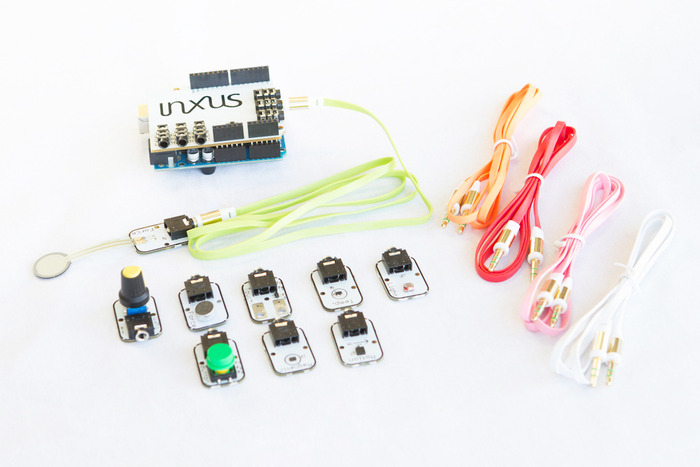 “We’ve picked the most useful and fun sensors for you. But we’re adding more all the time, so you should be able to find a sensor to fit your needs.”

“Last but not least is the DIY sensor. This sensor is meant for people who already have some background in electronics and want an easy way to connect their sensors to an Arduino,” said Jordan. 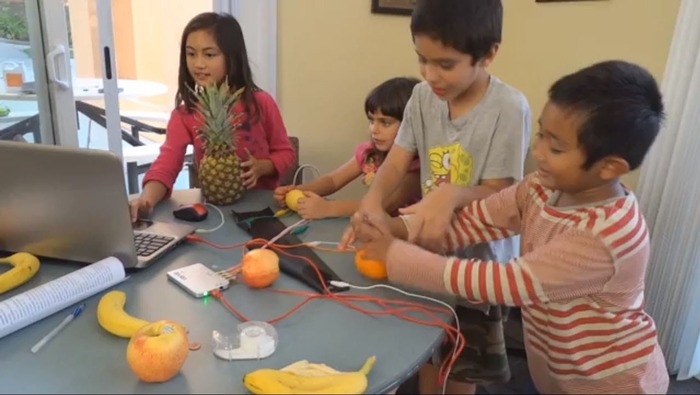 “The DIY sensor contains 0.1” spacing GND, signal, and 3.3V pins. It also has on-board pull-up and pull-down breakout pins that accept through-hole resistors. If you need more room or have more complicated analog sensors, you can plug the DIY sensor into your breakout bread.”