I wrote about the Silicon Valley electronic flea market my pals and I go to, as well as our breakfast. I also wanted to showcase the one I attended in June, so you can see all the cool gizmos that were there. This was a quite a well-attended eFlea, as my buddy Dave Ruigh calls it.

Attendance was good. The eFlea is now under the solar cell arrays at the DeAnza College parking lot. Do pay the 3-dollar parking or you will get a $35 ticket. Just ask audio guru Joe Curcio.

I got excited when I saw this original Zenith radio……

…..Until I saw all these other radios…..

…And then I came across this crystal unit from 1916.

I came across Google’s Eric Schlaepfer checking out a memory board from an old computer. Eric has been playing with home-made core memory so he has an inherent interest in memory these days.

Don’t think the eFlea is all about old stuff—there is always a nice selection of things for your lab.

How about this crate full of gold? You can get SMA connectors for a dime, and they are not the cheap ones that don’t have consistent 50-ohm impedance, these tend to be mil-spec units.

You can get great books dirt cheap. Then send them to that place in San Jose that scans them for 1 dollar (http://1dollarscan.com/). Now they all fit inside your tablet.

OK, I have a weakness for old stuff- two phones that would be really cool on your wall.

And here is an old phonograph that would look good on a table next to your phones.

The eFlea always has a nice selection of tools. There are dealers, but you want to be on the lookout for someone clearing out his garage.

My buddy Richard King has a dozen tube testers. Then again, he is the guy that buys eFlea books on thoriated tungsten. Don’t think high-tech was invented by the semiconductor industry. Vacuum tubes have every bit as much physics and material science going on. And they glow in the dark.

These folks had bought a Pac-Man arcade game and were strategizing how to get it into their truck.

The General Electric Tungar battery charger. Every engineer needs one of these on her desk.

Ever since I was a kid I have loved air-core variable capacitors. Also note the coil-winders. Phil Sittner picked up one of these for his antenna matching experiments.

Speaking of Phil, a guy that manages an electrical distribution business can appreciate this box full of circuit breakers and contactors.

And audio guru Steve Williams was sure to check out this Sears 8mm projector. We had to do an on-the-spot intervention to keep him from buying it; he loves old projectors and old phonographs.

I love old equipment. The Wikipedia on Stratagene says: “It has been involved with the fields of cellular analysis, cloning, cytogenomics, DNA Methylation and DNA Sizing and Quantification and food testing.” They must have done something right, Agilent bought them in 2007. Buy this a RoboCycler and start your own Frankenstein project.

The Silicon Valley electronic flea market, dubbed the eFlea by my pal and long-time attendee Dave Ruigh is this Saturday, May 11, 2013. My buddies and I try to get the eFlea by 6:00AM. Then around 9:30 we go over to Bobbies breakfast bistro and compare purchases and catch up on the scuttlebutt. We are often still gabbing by 1:00PM. There is a 3-dollar parking fee at the eFlea—you have to get a ticket out of one of the machines or you get a real ticket for 35 bucks. If you want to sell it’s still only 20 dollars for two parking spaces inside the market.

Be sure to get to the eFlea at the crack of dawn if you want to scoop up the really good stuff. Many attendees carry powerful LED flashlights to help pierce the darkness. 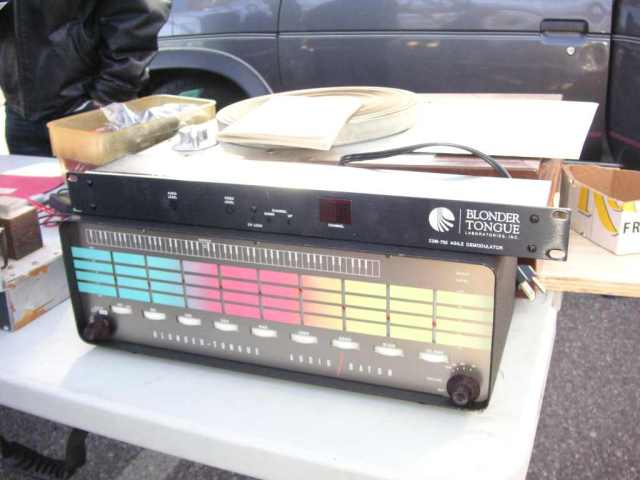 Because I go to the eFlea with my totally cool pals, they tip me off about toally cool gear like these Blonder-Tongue units. 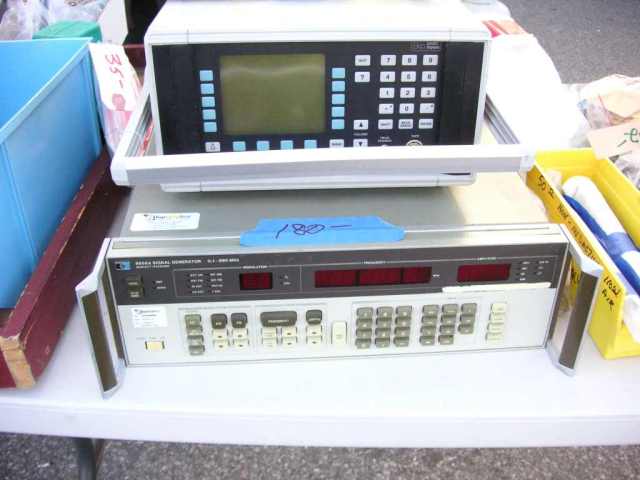 My EE buddies are always looking for test equipment. Here is a nice HP signal generator. That is why you used to see Jim Williams and Bob Pease at the eFlea. Bob Dobkin, the founder of Linear Tech is there most months, as is Dennis Monticelli from TI.

Here is a nice Tek scope. There are scads of test equipment every month. Hey, something has to compensate us for living in this over-priced hell-hole called California.

There is a fellow who deals Metcals and every other type of soldering equipment you can think of. The eFlea is where you get that 0.010 lead solder. 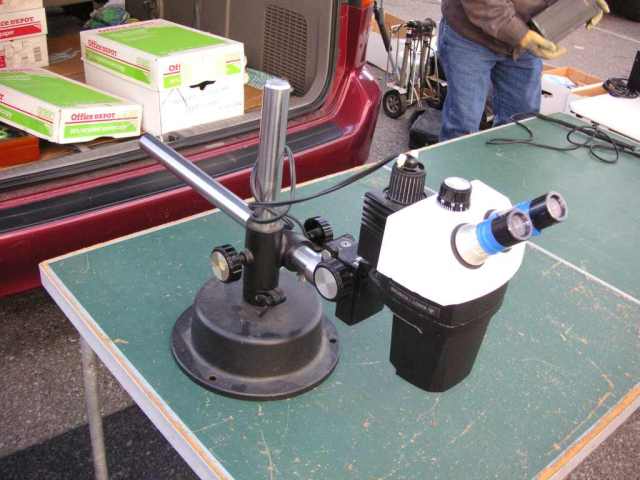 Ya can’t design it if ya can’t see it. All my pals have an assortment of visual acuity enhancers, everything from eye loupes to these zoom inspection microscopes. 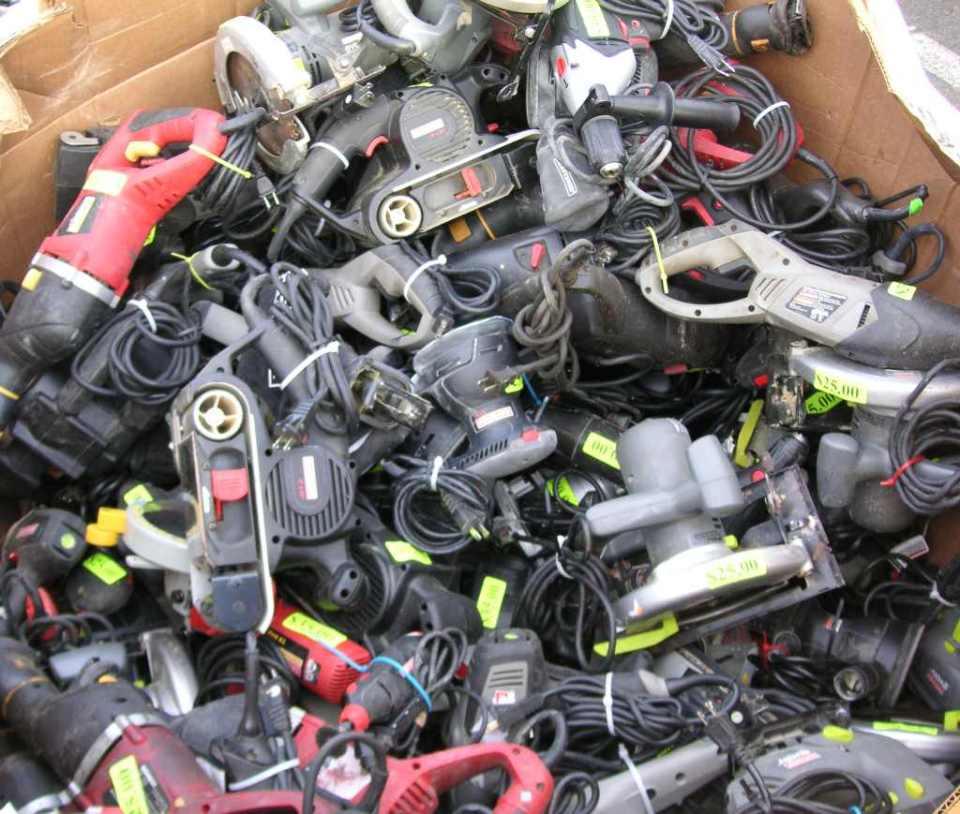 And here is a modest selection of power tools.

Well, you get the idea and see why it’s a good thing to show up early. Next post I will talk about our breakfasts at Bobbies and the cool gizmos we find.