Architect Luis Hernan has created a psychedelic Kirlian Device that picks up on Wi-Fi signals and translates them into colored lights.

As Sydney Brownstone of FastCo.Exist reports, the Kirlian Device is named after Russian inventor Semyon Kirlian who developed a mystical, glowing style of photography said to capture the vivid “auras” of torn leaves and other living things. Wired has dubbed Hernan as “a modern day ghost hunter” in search of technological apparitions that surround us in everyday life.

Whereas a vast majority of us are in search of Wi-Fi signals on a regular basis, not many have been on a quest to visualize the networks that keep us connected in order to gain a better understanding of these wireless systems.

“When you actually make this information visible, you at least have the opportunity to adapt these technologies to their specific needs, Hernan told Wired.

“I’m interested in this idea that they have this secret life – they’re unstable, they’re very difficult to capture. I did that as a way to explore this hidden sense of poetry in banal technology.”

Hernan’s Kirlian Device — which picks up on observable frequencies — was originally built with an Atmel based Arduino board and LED lights. It is tasked with translating Wi-Fi networks into colors, with red indicating the strongest signal and blue, the weakest. Essentially, the modern day Kirlian Device uses the same technology as a laptop to scan for the strongest network signal. 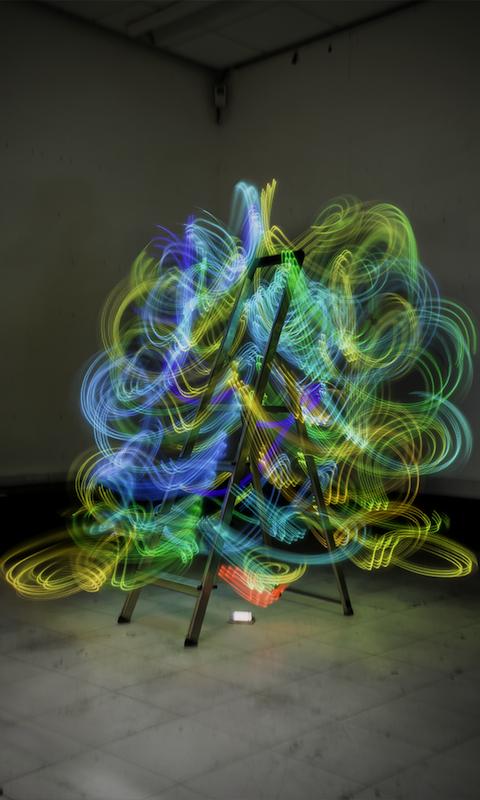 It should be noted that Hernan has also coded a Kirlian mobile app, which is designed to reveal Wi-Fi fields by means of long exposure photography and aural atmospheres.

“There is a hidden poetry in these kinds of signals,” Hernan believes.

Intrigued? You can download the Kirlian mobile app here.