IBM and Libelium have teamed up to offer an Atmel-powered IPv6 development platform for sensor networks and the rapidly evolving Internet of Things (IoT).

As we’ve previously discussed on Bits & Pieces, 6LoWPAN is an acronym for IPv6 over Low power Wireless Personal Area Network. This protocol offers encapsulation and header compression mechanisms that allow IPv6 packets to be sent to and received over IEEE 802.15.4 based networks.

There are two primary node types:

End Node – These nodes, which offer integrated sensors, are used to gather the information and send to the GW. Essentially, they create a mesh network among them, forwarding the packets of other nodes in order to facilitate the flow of information to the GW. Each End Node is equipped with a 6LoWPAN radio, sensors and a battery.

Gateway (GW) – This node takes the information sent by the End Nodes and relays it to the Tunnelling IPv4 / IPv6 server via the Ethernet IPv4 interface. Each GW Node is equipped with a 6LoWPAN radio, Ethernet interface and a battery.

In the diagram below, Libelium illustrates how the Waspmote Mote Runner 6LoWPAN / IPv6 Network operates. 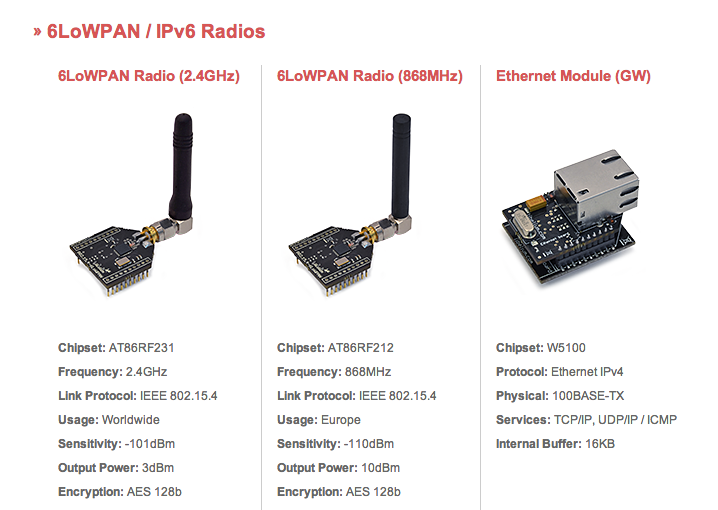 Interested in learning more about the Atmel-powered Waspmote Mote Runner platform? You can check out the product’s official page here for additional information.