An Italian Maker going by the name “Fxxxx” recently set out to create a compact, yet highly functional rover robot based upon an Arduino Mega (ATmega1280) core. His design is incredibly sophisticated and a true triumph of innovation!

According to the Maker, the key objective behind the project entitled “DR1” was to design a robot that featured localization, light following and obstacle detection, all while remaining in a relatively small body. Unlike other RC vehicles, the DR1 can be controlled by a PC or Mac thanks to its intricate XBee-based wireless connection. “This proprietary connection protocol ensures real-time information and commands. The robot sends to the home base the data (a string formed by all informations like: motors speed, real power from each motor, revolutions for second, direction, light intensity and more). The home base answers with a string containing the commands like decreasing motor speed, turn right or so.”

Our Maker notes some of the initial challenges included the ability to design a body and a component’s disposition which could reduce wire connections and at the same time respect the right and logical place for each component. He details that, “The real challenge was to reduce power consumption of each component choosing a battery which could give the robot a considerable autonomy.” Elaborating further Fxxxx adds, “At the same time not exceed the maximum weight limit based on engineering calculations about torque force of the small engines.” 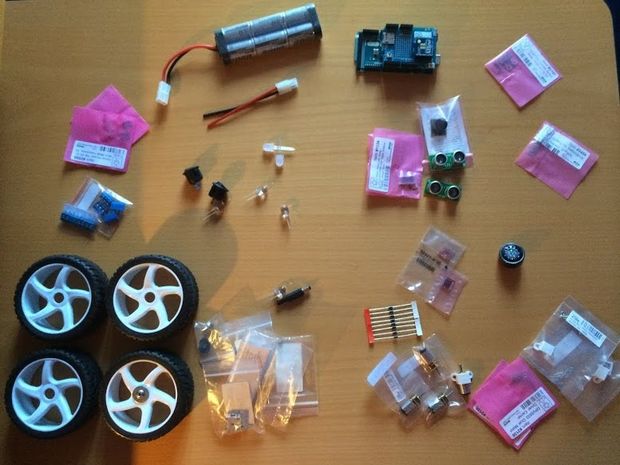 To overcome this feat, Fxxxx selected the ATmega1280 powered Arduino board as the brains of the project, given its high-performance and low-power capabilities. “Beaglebone or Raspberry PI would allow more calculations onboard but they are more energy dependent,” the Maker notes.

The DR1 sports a plethora of features that are seriously impressive for a DIY project. The wireless PC/Mac connectivity goes hand in hand with a camera capable of live-streaming. The implemented distance sensor system collaborates with an indoor localization unit that enables the DR1 to have precise movement capabilities within space. 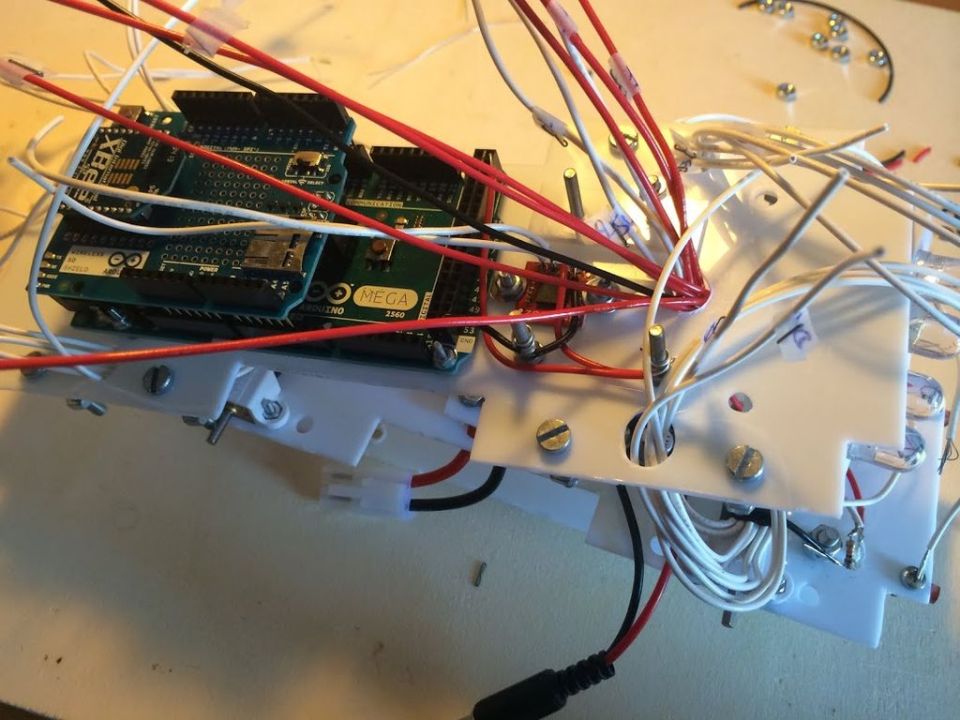 While all of that would be perfectly acceptable in any home robot design, the DR1 also boasts four separate drive modes. The traditional manual control exists with inputs read from the PC/Mac. Also, the DR1 can autonomously navigate and attempt to cover the largest area possible.

With two light sensors installed on the front of the unit, the DR can follow light. Fxxxx breaks down the process by saying, “When a light is detected the robot starts following it. If the amount of light starts growing on the left sensor then the robot changes direction to follow the light.” Though, the Maker admits his favorite drive mode is semi-autonomous. In this mode, the user inputs an X and Y coordinate, and the DR1 does its best to reach the destination.

Interested in devising your own rover? Head over to Fxxxx’s Instructables page, where you will find a detailed step-by-step breakdown.