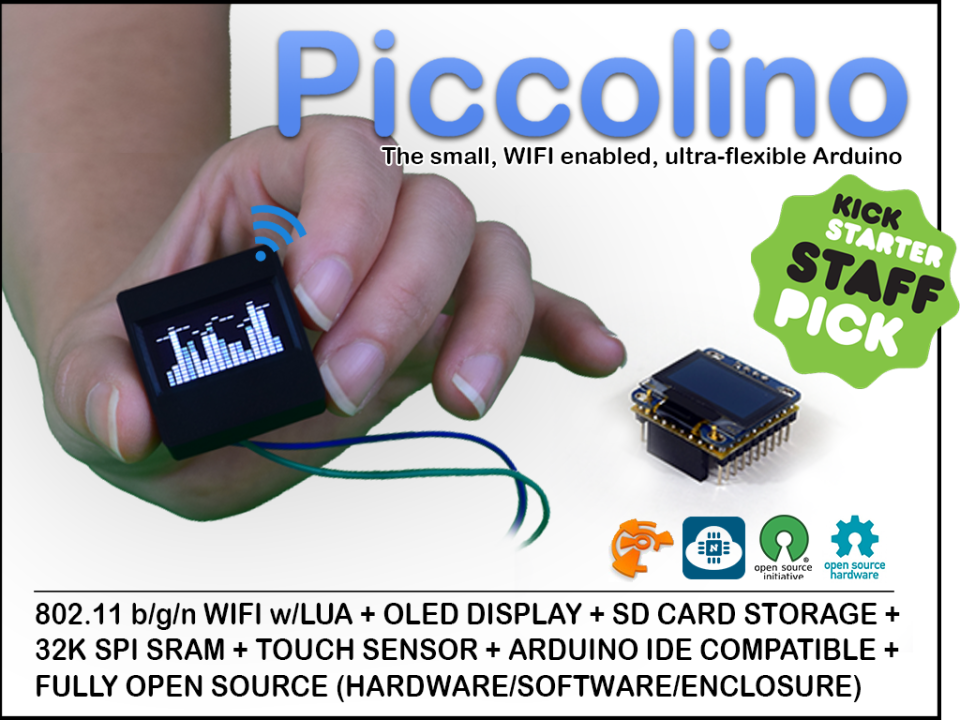 This open-source, Arduino-like board packs both Wi-Fi connectivity and a bright OLED display, all in a tiny package. Piccolino is currently seeking $5,000 on Kickstarter. This cloud-connected, Bluetooth LE devlopment kit enables Makers to create their very own connected projects right out of the box. Bluz is currently seeking $20,000 on Kickstarter. 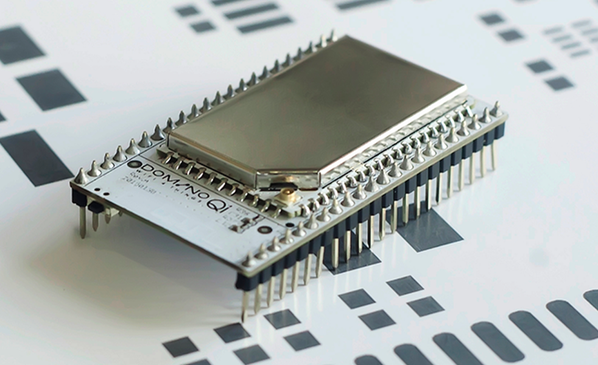 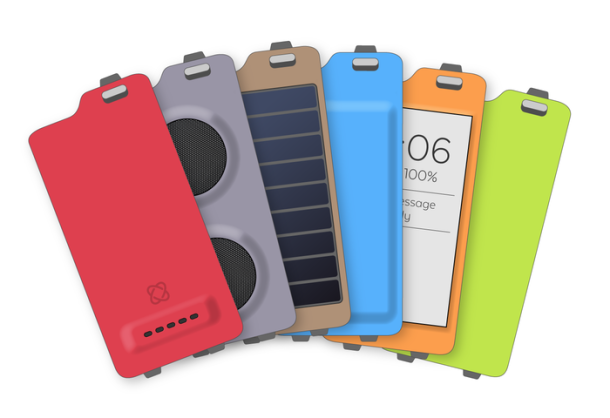 This vibrant case not only protects your iPhone 6, but tracks your health and offers a number of other interchangeable features as well. Moscase is currently seeking $150,000 on Kickstarter. 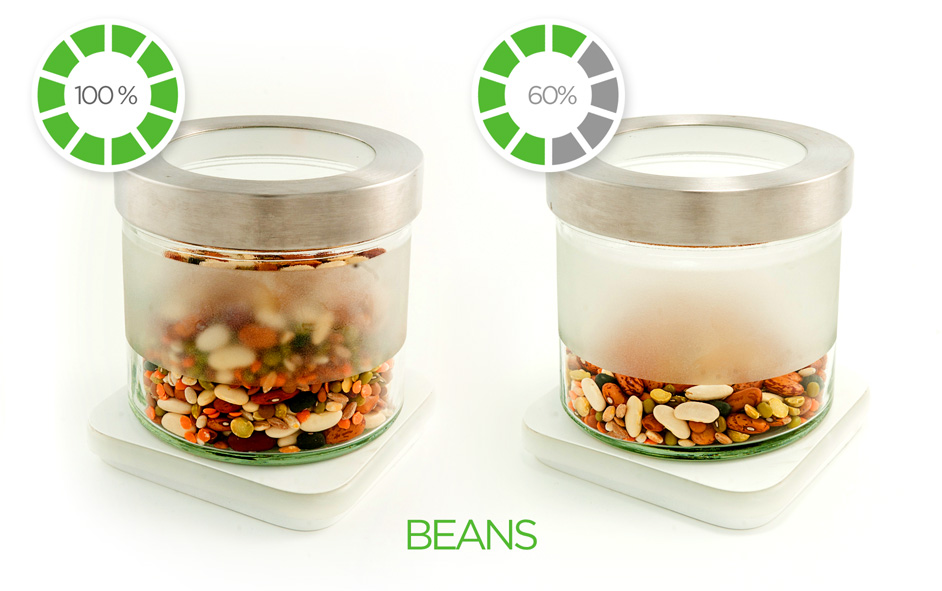 This smart inventory system is comprised of several small pads and an accompanying app that lets you know when you’re about to run out of food. SmartQsine is currently seeking $80,000 on Indiegogo. 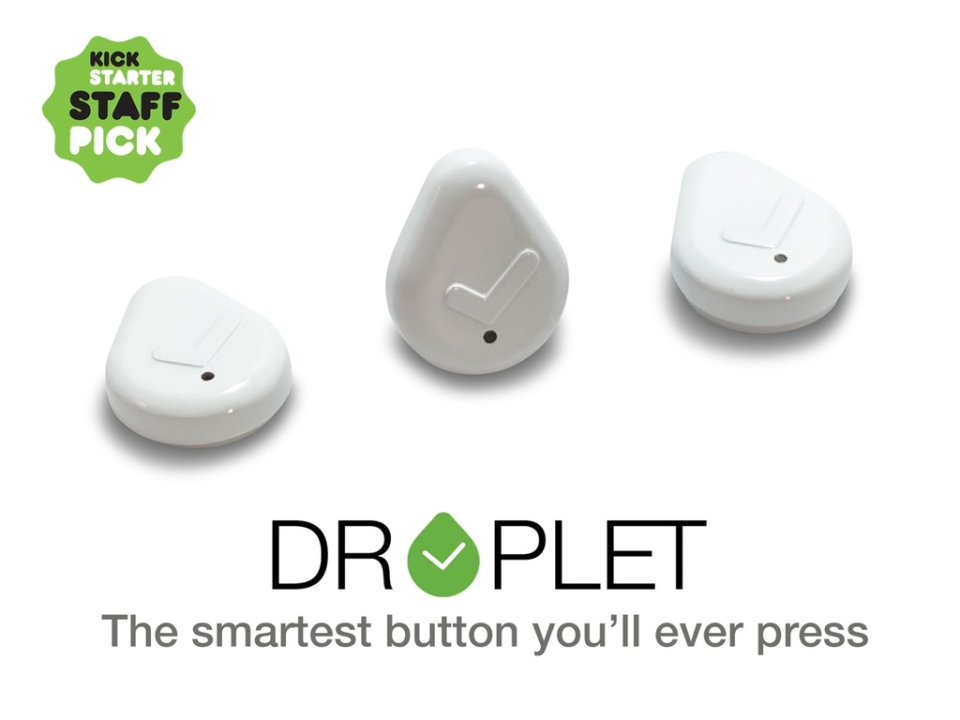 This smart button will remind you of your important daily activities, from feeding the dog to taking meds. The Droplet Life team is currently seeking $80,000 on Kickstarter. 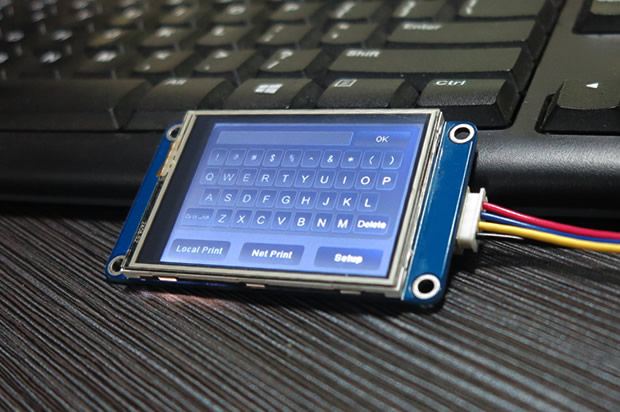 This seamless HMI solution provides users with a control and visualization interface between them and a process, machine, application or appliance. Nextion is currently seeking $20,000 on Indiegogo. 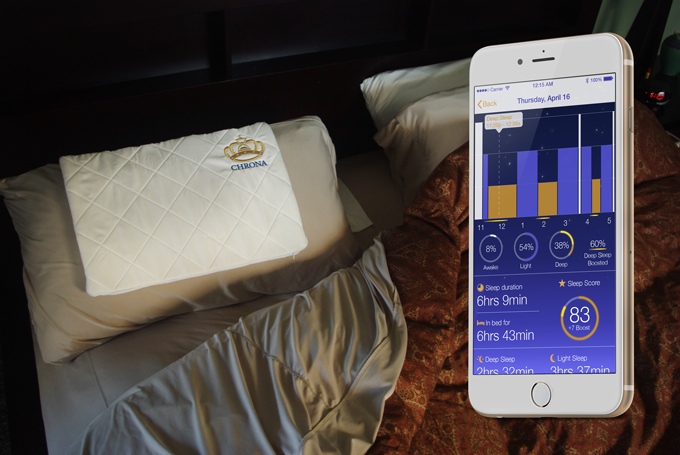 This sleep optimization system can turn any pillow into a smart pillow. Ultradia is currently seeking $50,000 on Kickstarter. 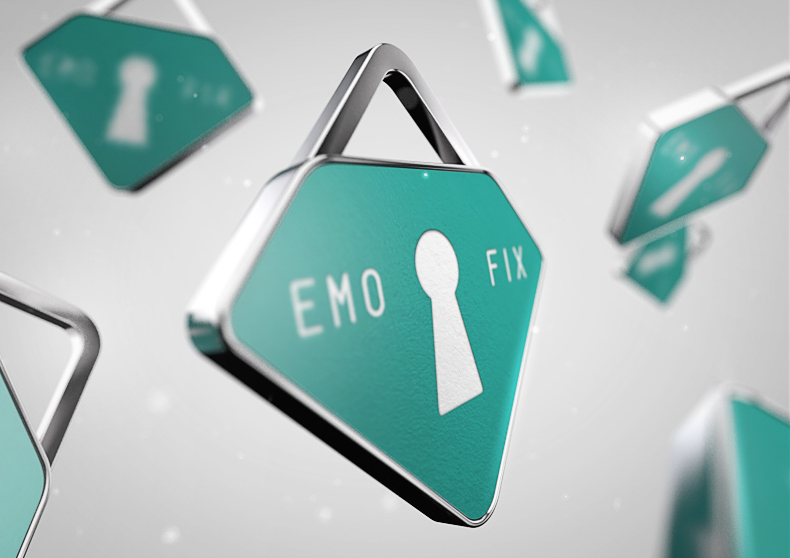 This Bluetooth-enabled device lets you snap photos and videos without using a smartphone. EmoFix is currently seeking $15,000 on Indiegogo.

This real-time GPS tracker is equipped with a wide-range of functions and built-in features to help protect anything anywhere at anytime. Smart Tracker is currently seeking $10,000 on Indiegogo. 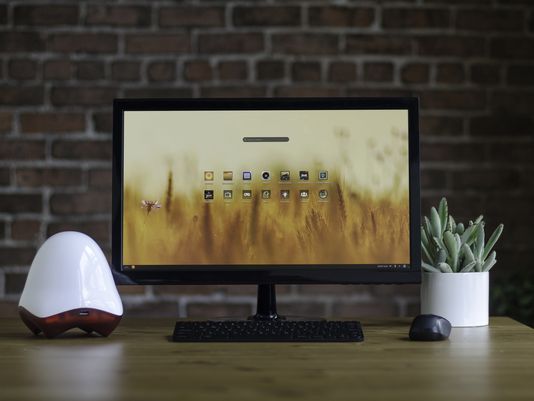 This $169 product is tailored specifically to the 4.4 billion people without access to computers worldwide. The Endless Team is currently seeking $100,000 on Kickstarter. This dog-locating system uses a BLE beacon that attaches to your pup’s collar, a base station that plugs in at home or your car, and a mobile app. Where’s Nellie is currently seeking $100,000 on Kickstarter. 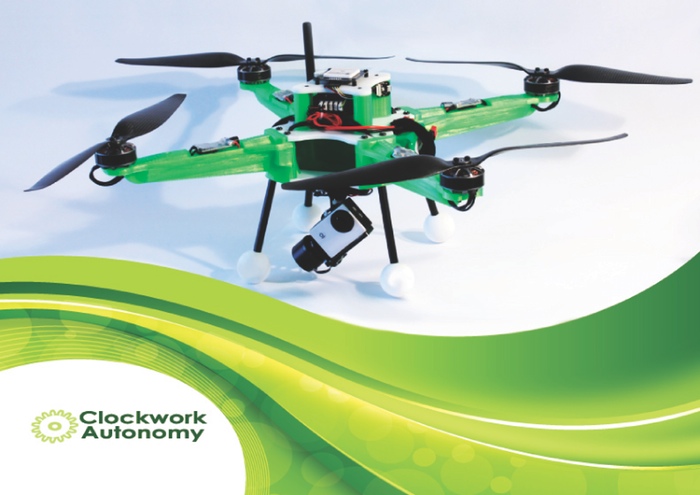 This drone is capable of reaching speeds up to 40 MPH, while offering up to 40 minutes of flight time — even when loaded with a GoPro camera. UAV enthusiast Todd Urban is currently seeking $50,000 on Kickstarter. 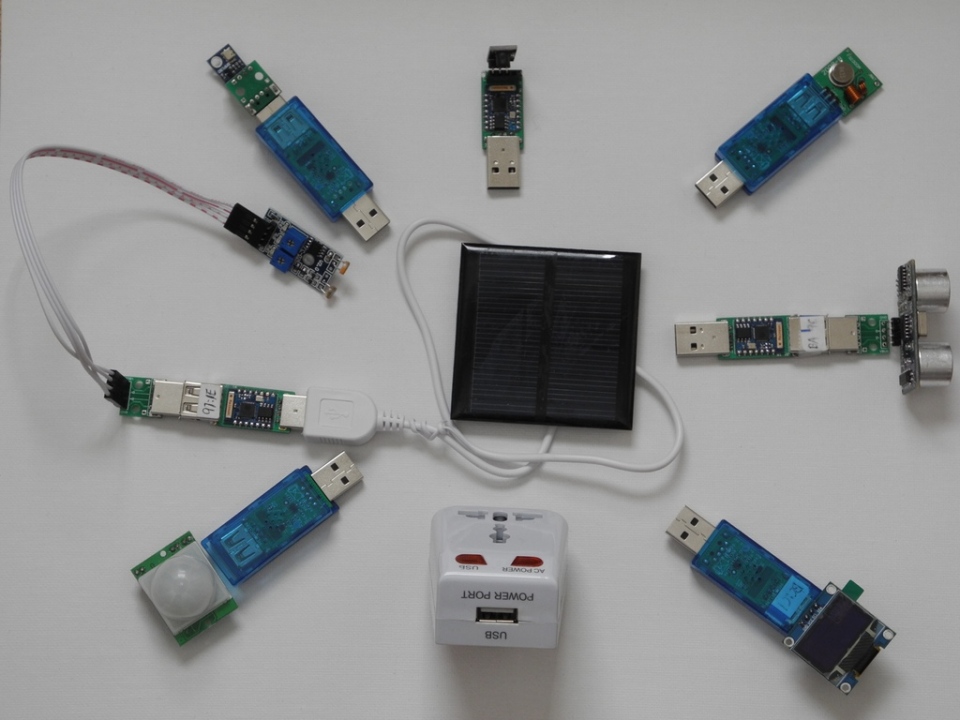 This tiny, Wi-Fi ready development platform allows you to code in Lua and bring your IoT ideas to life. Maker Mike Wen is currently seeking $1,000 on Kickstarter. 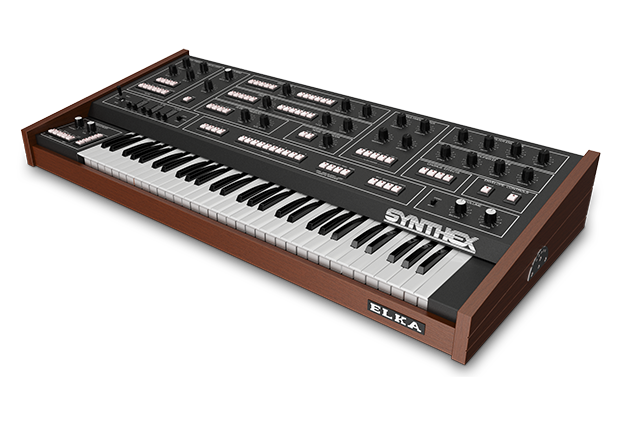 This iconic synthesizer, which was produced from 1981 to 1985, is making a comeback. ELKA Synthex is currently seeking $414,000 on Indiegogo. 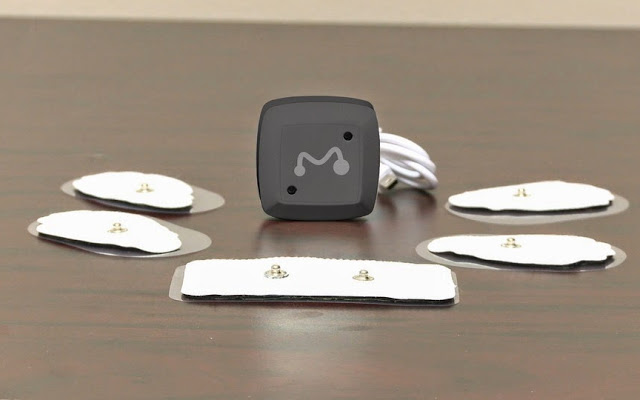 This easy-to-use, portable device gives you massages on-the-go, all through a series of discreet electrode pads and an accompanying mobile app. iMassageo is currently seeking $50,000 on Indiegogo. 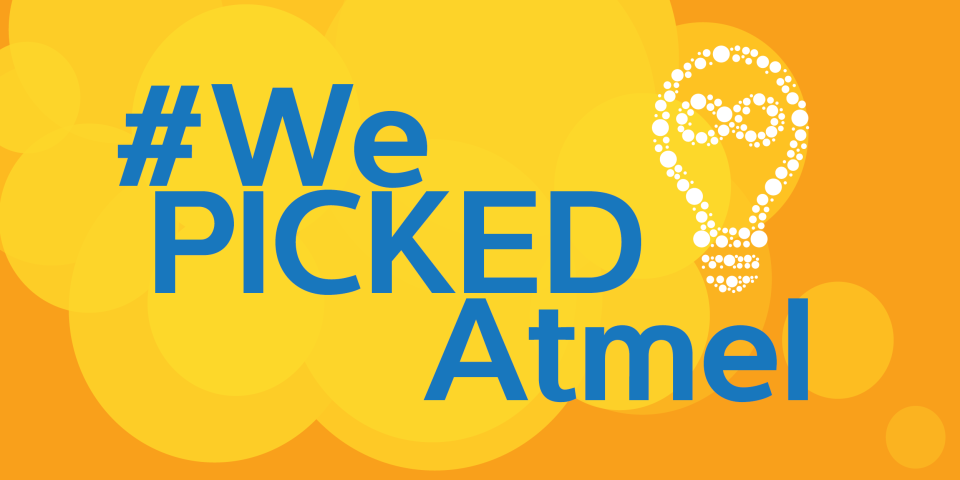 Domino.IO is an affordable yet advanced Wi-Fi platform for the Internet of Things.

Designed with the Maker crowd in mind, Domino.IO is a low-cost, modular 802.11 b/g/n Wi-Fi hardware platform that features unlimited extension capabilities and is entirely Arduino-compatible. The kit is comprised of three different pieces of hardware: the Domino Core, Domino Pi and Domino Qi.

First, the Domino Core is a Wi-Fi module based on the Atheros AR9331 WiSOC. It is a surface-mountable single-sided Linux module, which exposes nearly all of the AR9331 WiSoC available signals to regular 2mm pitch castellated pads for both easy hand and automatic SMT soldering. The Core only requires a single 3.3V power supply to get going, and has a maximum consumption of only 0.5W.  The Core comes pre-loaded with an open-source OpenWRT Linux system, enabling users to install more than 3,000 ready-to-use software packages. Beyond that, Makers can modify and customize the distro to better fit their project needs.

Next, the Domino Pi board extends the capabilities of the Domino Core module by adding a range of features, including integrated USB ⇔ UART bridge for serial port, +5V input / +3.3V output and a 2A DC/DC power supply, 2.4 GHz Wi-Fi PCB antenna, a jumpstart push button, some power and wireless LEDs, and two 28-pin, 2.54mm pitch headers. Makers can also customize their Pi board using any of seven building blocks, or tiles, including USB and microSD, single and dual Ethernet, LEDs, JTAG/SPI, as well as I²S audio. This allows Makers to play music from their USB discs or straight from an Internet stream through its open-source I2S audio codec and player. 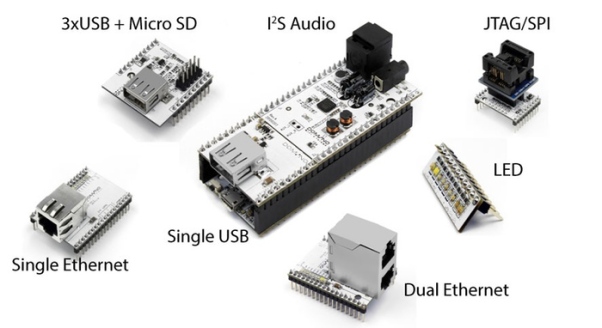 Last but certainly not least, the Domino Qi Mini is a derivative of the Arduino Yùn, just crammed into a smaller form factor. The inexpensive, compact OpenWRT-based 802.11 b/g/n Wi-Fi board is based on an ATmega32U4 MCU and an Atheros AR9331 WiSoC, while communication between the two chips is achieved using the Yùn’s Bridge Library. To get started, a Maker simply connects the Qi Mini to the Domino Qi baseboard. From there, the device becomes fully-compatible with the ubiquitous Arduino Shield form factor and gives way to hundreds of already existing shields for rapid prototyping.

The Qi Mini is equipped with a 5V input / +3.3 V output and a 2A DC/DC power supply, 2.4 GHz Wi-Fi PCB antenna, a ’32U4 reset, a WLAN reset, some push buttons, two 22-pin, 2.54 mm pitch headers, in addition to power, wireless, WAN and USB LEDs. Just like the Yùn, the board can be programmed in the Arduino IDE and supports the Linino OS as well.

The entire platform comes with an iOS and Android-ready app that lets users control their devices, including RC cars, right from their smartphones. What’s more, Domino.IO is both cloud and framework agnostic; meaning, users can choose from services like SparkFun data stream, ThingSpeak and Weaved, and create their projects in a wide-range of languages such as Python, Node.js, PhP and Lua. 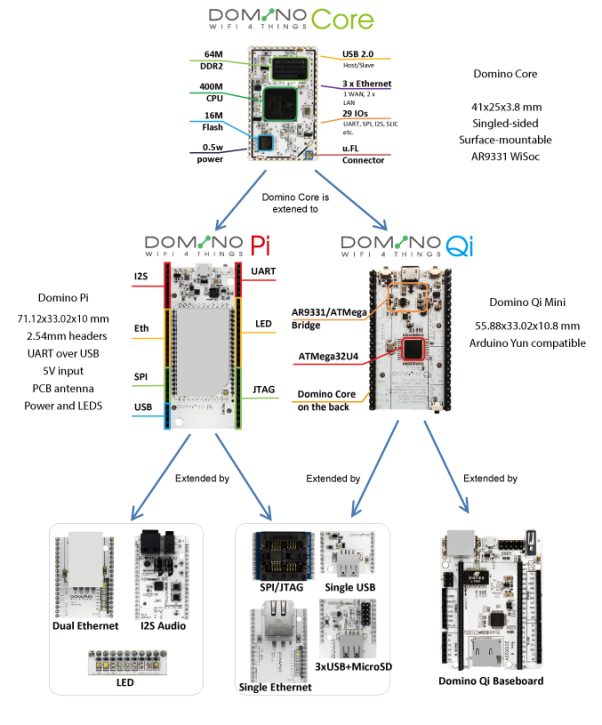 Intrigued? Head over to its official Kickstarter page, where the team is currently seeking $30,000. If all goes well, shipment is expected to begin in June 2015.