If you’re seeking a high-accuracy debugging tool that lets you visualize the power usage of your product during development, you’re in luck. That’s because Atmel has unveiled a new Power Debugger, the latest dev tool for debugging and programming both Atmel | SMART Cortex-M–based and AVR MCUs that use JTAG, SWD, PDI, debugWIRE, aWire, TPI or SPI target interfaces. 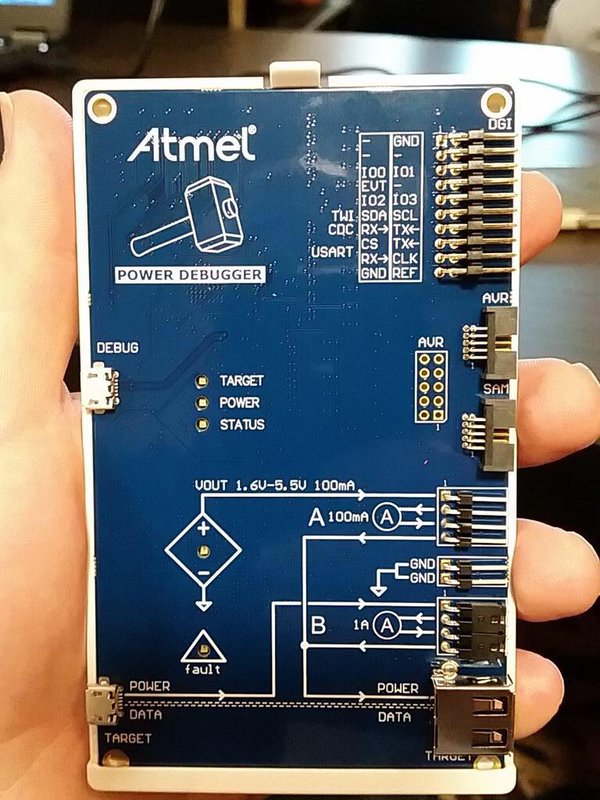 With ultra-low power being such a critical factor in next-generation IoT, wearable and battery-operated devices, having the ability to locate code where power spikes occur is crucial. The Power Debugger features two independent current-sensing channels for collecting power measurements during application execution (one high resolution channel that can measure 100nA to 100mA and one lower resolution channel that can measure 1mA to 1A), and streams such collected measurements to the Atmel Data Visualizer — available in the Atmel Studio 7 IDE — for real-time analysis and display. The program graphs power usage and utilizes this data to estimate application battery life. What’s more, the Data Visualizer allows developers to correlate power samples with the code that was executing when the sample was taken, greatly reducing the time required to identify “hot spots” in the developers’ application.

“Lowering overall power consumption is key to many customer designs and essential for battery-operated and wearable designs,” explains Steve Pancoast, Atmel Vice President of Software Development, Applications and Tools. “Atmel provides cost-effective, easy-to-use tools that make it possible for our developers to profile the power usage of applications running on their own hardware as part of the standard development cycle. The Power Debugger is part of Atmel’s pledge to bring the latest tools to market, enabling developers to quickly get their prototype to production with the lowest power consumption.”